Purdue researchers tinkering with a nano-scale cancer drug delivery system may have discovered something just as good: an injection that... 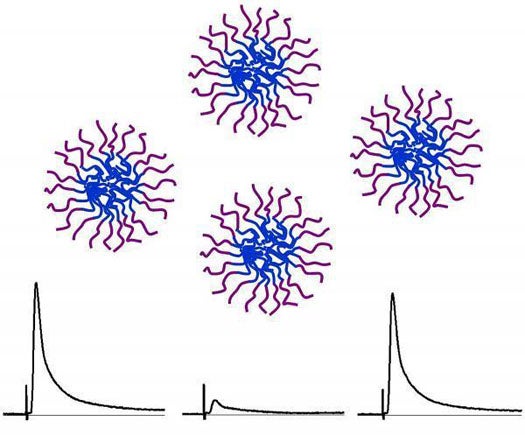 Purdue researchers tinkering with a nano-scale cancer drug delivery system may have discovered something just as good: an injection that repairs spinal cord damage far faster than any previous treatment. Synthetic “copolymer micelles” have been used for three decades as drug delivery vehicles in research, but it turns out they can directly treat spinal cord injuries when injected into the bloodstream shortly after an accident.

Damaged axons have been repaired previously with membrane-sealing agents including polyethylene glycol, or PEG, which makes up the outer shell of the micelles. PEG targets damaged areas of the spine and seals up the injury site like a biological plaster, reducing further damage to the area and restoring cell function to some degree. But those traditional PEG treatments are also fairly ineffective at healing axons once they’ve sealed off the site, restoring only about 18 percent of damaged cells.

The nano-scale size of the micelles–about 60 nanometers in diameter, or 100 times smaller than a red blood cell–allow them to remain in the bloodstream longer because the kidney and liver don’t filter them out as easily. Because of this, micelle treatments only require about 1/100,000th the concentration of conventional PEG treatments, a concentration that is proven to be non-toxic.

For those suffering compression injuries to the spinal cord, the micelle treatment could mean the difference between recovery and quadriplegia. Micelles pushed axon recovery rates up by three times, from 18 percent to 60 percent. To put it more simply, findings showed that micelle-treated animals recovered the coordinated use of all four limbs. Those treated with conventional PEG did not. Those results are hard to argue with.