For the First Time, Geneticists Diagnose Disease Through Whole-Genome Analysis

For the first time, researchers have made a clinical diagnosis by sequencing the entire protein-coding parts of a person’s genome.... 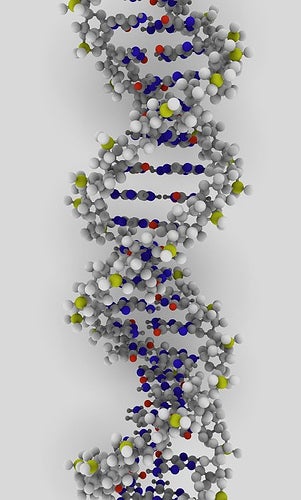 For the first time, researchers have made a clinical diagnosis by sequencing the entire protein-coding parts of a person’s genome.

“We have shown that one can use whole genome sequencing to make clinically meaningful diagnoses- it is technically feasible . . . and can provide new clinical insight that directs treatment,” Richard Lifton, a geneticist at Yale who spearheaded the research, told Popsci.com.

Protein-coding DNA only makes up about one percent of the human genome, but is responsible for about a large portion of diseases with a genetic component.

The Yale team was asked to do the genetic study by a Turkish doctor with a five-month old patient suspected to have Bartter syndrome, a potentially fatal kidney problem that causes dehydration. After sequencing the protein-coding parts of his DNA, they found that the initial diagnosis was incorrect. He actually had a mutation in a gene that causes problems in the intestines, leading to congenital chloride diarrhea.

By only sequencing the parts of the genome that code for proteins, they were able to do the analysis for about a tenth the cost. The paper was published today in the Proceedings of the National Academy of Sciences.