Scientists Find A Precision Clock Logging the Milliseconds Inside Your Brain

Though we do it without thinking, keeping track of time is integral to the brain’s function, keeping our senses and... 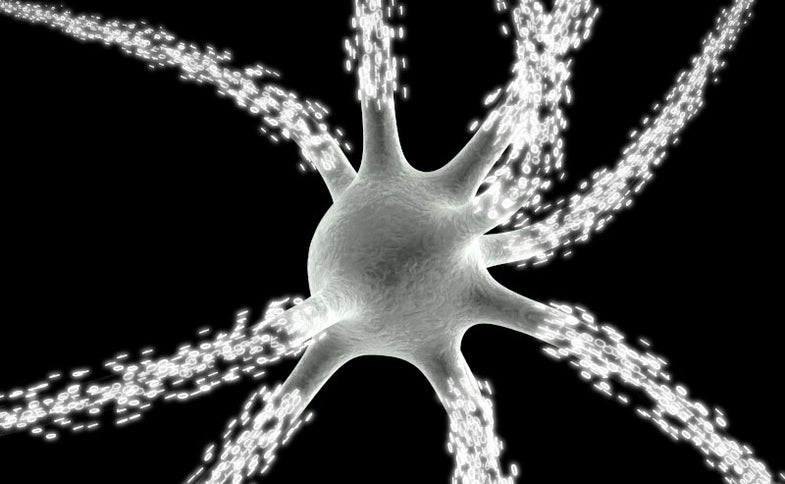 Though we do it without thinking, keeping track of time is integral to the brain’s function, keeping our senses and our actions ordered in a chronology that we then recall in the form of memory. But important as it is, researchers have never understood the mechanism by which humans index the happenings of everyday life. Now, two macaque monkeys may have helped MIT researchers solve the time tracking puzzle.

Neuroscientists have theorized for decades that the human brain time stamps events as they happen, just as a camera tags the date and time onto a digital photo file. These stamps keep our memories organized so when called upon, our brains can reach back and pull the correct time-stamped file. While it seems like we do this without thinking, it’s actually quite a feat, especially considering that no evidence for these time stamps exists beyond the theoretical.

But after training two macaques to memorize an eye movement task and having them repeat it back, the MIT team thinks it has found exactly where the time-stamping is taking place. Certain neurons in the striatum and the prefrontal cortex — areas responsible for learning, thought, and mobility — fired at specific times during the exercises. The macaques were allowed to perform the eye movement task at their own pace, so the movements were not synched with particular movements. Rather, the researchers have determined that the neuron signals were marking intervals of time, ticking off time-stamps down to tens of milliseconds.

Measuring for the subtle signals within small clumps of cells in the brain was itself no easy task, enabled by a new technique allowing the researchers to monitor electrical signals from hundreds of neurons at the same time and then analyze them mathematically, a process involving researchers at both the RIKEN Brain Institute in Japan and Penn State University.

The team suspects other regions of the brain may also keep time, and learning more about the process could lead to breakthroughs in understanding and treating Parkinson’s disease, which often manifests itself in symptoms consistent with a disconnect in the brain’s timing mechanism. Treating those timekeeping neurons with drugs, or even with chemicals like dopamine already found in the brain, could suppress those symptoms. First, the team must determine exactly how the time-stamping work and its effects on the brain and memory. When things turn slow-mo in an emergency situation or time seems like it’s flying by in low-stress environments, it may have less to do with perception and more to do with the tiny clocks inside your brain.