Optical Sensors in Robots’ Skin Give Them A Softer Touch

Whether they are assisting the elderly, or simply popping human skulls like ripe fruit, robots aren’t usually known for their... 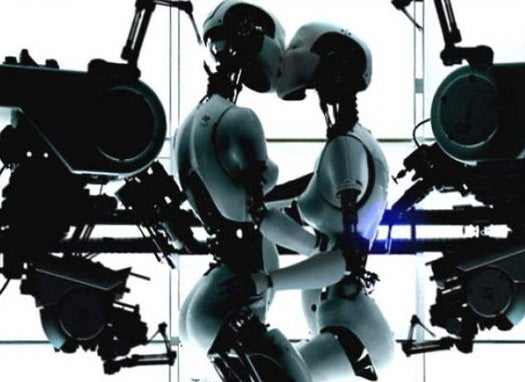 Whether they are assisting the elderly, or simply popping human skulls like ripe fruit, robots aren’t usually known for their light touch. And while this may be fine as long as they stay relegated to cleaning floors and assembling cars, as robots perform more tasks that put them in contact with human flesh, be it surgery or helping the blind, their touch sensitivity becomes increasingly important. Thankfully, researchers at the University of Ghent, Belgium, have solved the problem of delicate robot touch.

Unlike the mechanical sensors currently used to regulate robotic touching, the Belgian researchers used optical sensors to measure the feedback. Under the robot skin, they created a web of optical beams. Even the faintest break in those beams registers in the robot’s computer brain, making the skin far more sensitive than mechanical sensors, which are prone to interfering with each other.

Robots like the da Vinci surgery station already register feedback from touch, but a coating of this optical sensor-laden skin could vastly enhance the sensitivity of the machine. Additionally, a range of Japanese robots designed to help the elderly could gain a lighter touch with their sensitive charges if equipped with the skin.

Really, any interaction between human flesh and robot surfaces could benefit from the more lifelike touch provided by this sensor array. And to answer the question you’re all thinking but won’t say: yes. But please, get your mind out of the gutter. This is a family site.