Researchers found what they believe is a 2,000-year-old map of the stars

The star catalog was made by ancient Greek astronomer Hipparchus around 162 and 127 BCE, 1,400 years before the telescope. 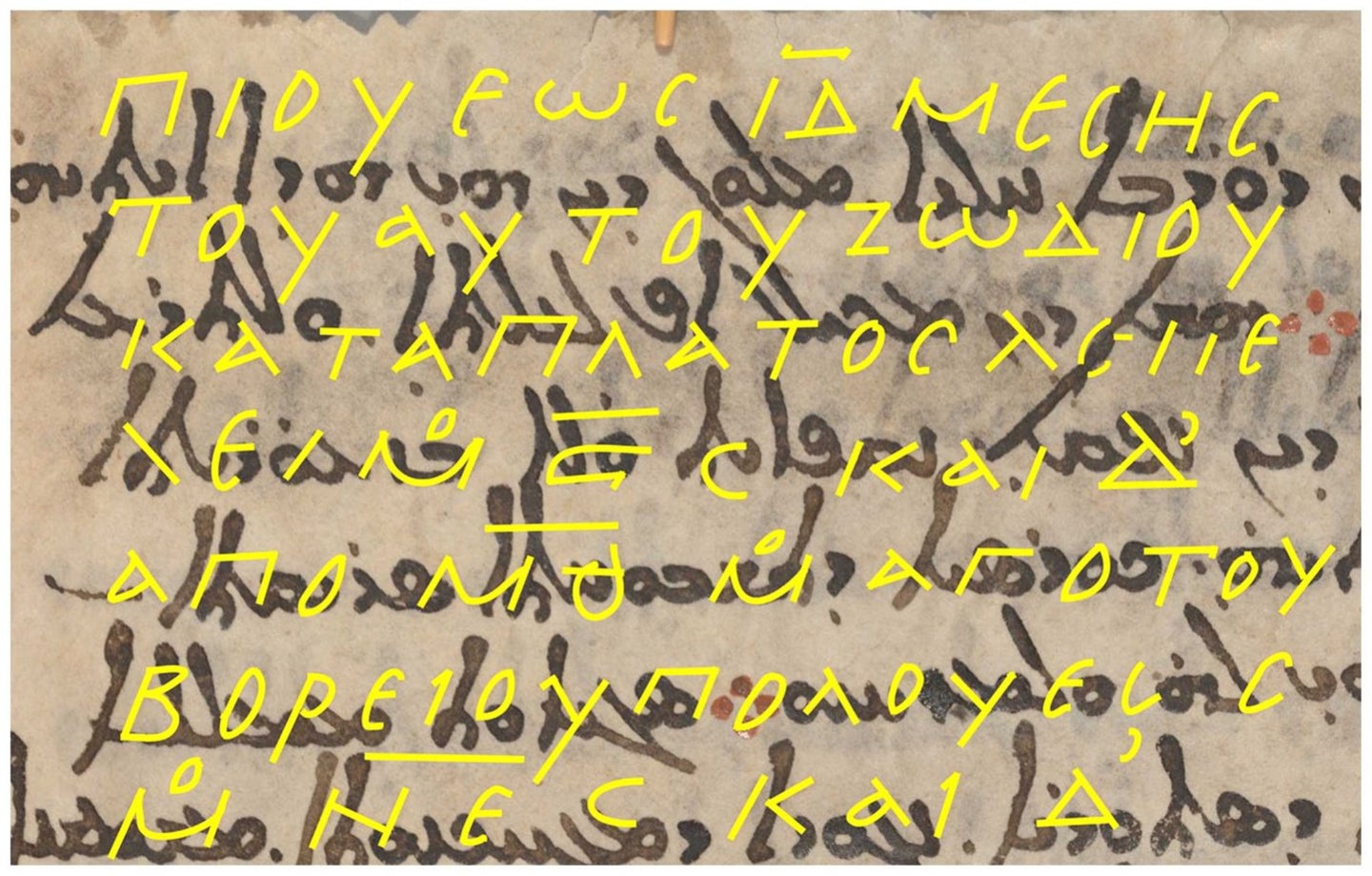 Like a plot straight out of an Indiana Jones movie, a map of the stars created by Greek astronomer Hipparchus that has been missing for centuries has possibly been recovered.

In a research article published this week in the Journal for the History of Astronomy, astronomy historian James Evans calls the discovery of the possible map on a preserved piece of medieval parchment that was originally housed at a Greek Orthodox monastery “rare” and “remarkable”.

Hipparchus lived from 190 to 120 BCE and is considered to be the father of trigonometry. He also discovered the precession of the equinoxes, or when the Earth wobbles on axis of rotation due to the gravitational influence of the moon and the sun on Earth’s equatorial bulge. It is also widely believed that he mapped the entire night sky, and all without a telescope. The telescope wouldn’t be invented until 1608, over 1,400 years after Hipparchus possibly charted the sky.

[Related: Fake Galileo manuscript suspected to be a 20th-century forgery.]

While the manuscript in question was originally at St. Catherine’s Monastery on the Sinai Peninsula in Egypt, most of its 146 leaves, or folios, were donated to the Museum of the Bible in Washington, DC in 2012. A collection of Syric texts from the 10th or 11th centuries called the Codex Climaci Rescriptus is within this manuscript. However, the codex is an example of a palimpsest, or parchment that has had its older text erased so that it could be reused.

It was believed that the older writing on the parchment contained other Christian writings. A decade ago, biblical scholar Peter Williams from the University of Cambridge, asked students to study the pages of the manuscript as a summer project. While looking it over, student Jamie Klair unexpectedly spotted a passage that was written in Greek that had been previously attributed to the astronomer Eratosthenes. In 2017, multispectral imaging was used to take a closer look at the pages. Forty-two photographs were taken of each page, with each using different wavelengths of light, and computer algorithms searched for combinations of frequencies that enhanced the hidden text deep within the document.

Astronomical material was revealed in nine of the folios. The team suspects from radiocarbon dating and analyzing the writing style that some of this material probably transcribed in the fifth or sixth centuries. Included in the folio is are myths about the origin of stars by Eratosthenes and parts of Phaenomena, a third-century poem that describes the constellations. During the COVID-19 lockdown, Williams noticed something more unusual. He reached out to science historian Victor Gysembergh at the French National Scientific Research Centre (CNRS). “I was very excited from the beginning,” says Gysembergh, in an interview with Nature. “It was immediately clear we had star coordinates.”

Gysembergh and his colleague Emmanuel Zingg at Sorbonne University looked at the page’s long passage that states the length and breadth in degrees of the constellation Corona Borealis and gives the coordinates for the stars at its extreme north, south, east, and west.

While it is not 100 percent certain that Hipparchus is the source of this star map, some of the evidence of his authorship includes the precision of the ancient astronomer’s measurements. The old and fragmented text can be difficult for even experts to decipher, but many of the coordinates on the document match the ones Hipparchus gave to the stars in his Commentary on the Phaenomena closely match the document from Egypt.

Corona Borealis is the only constellation with legible coordinates in the document, but researchers hope that others can be recovered from these folios, and believe that it is likely that the entire night sky was mapped by Hipparchus.

According to Evans, this discovery “enriches our picture” of Hipparchus. “It gives us a fascinating glimpse of what he actually did.”