Home of the Antikythera Mechanism 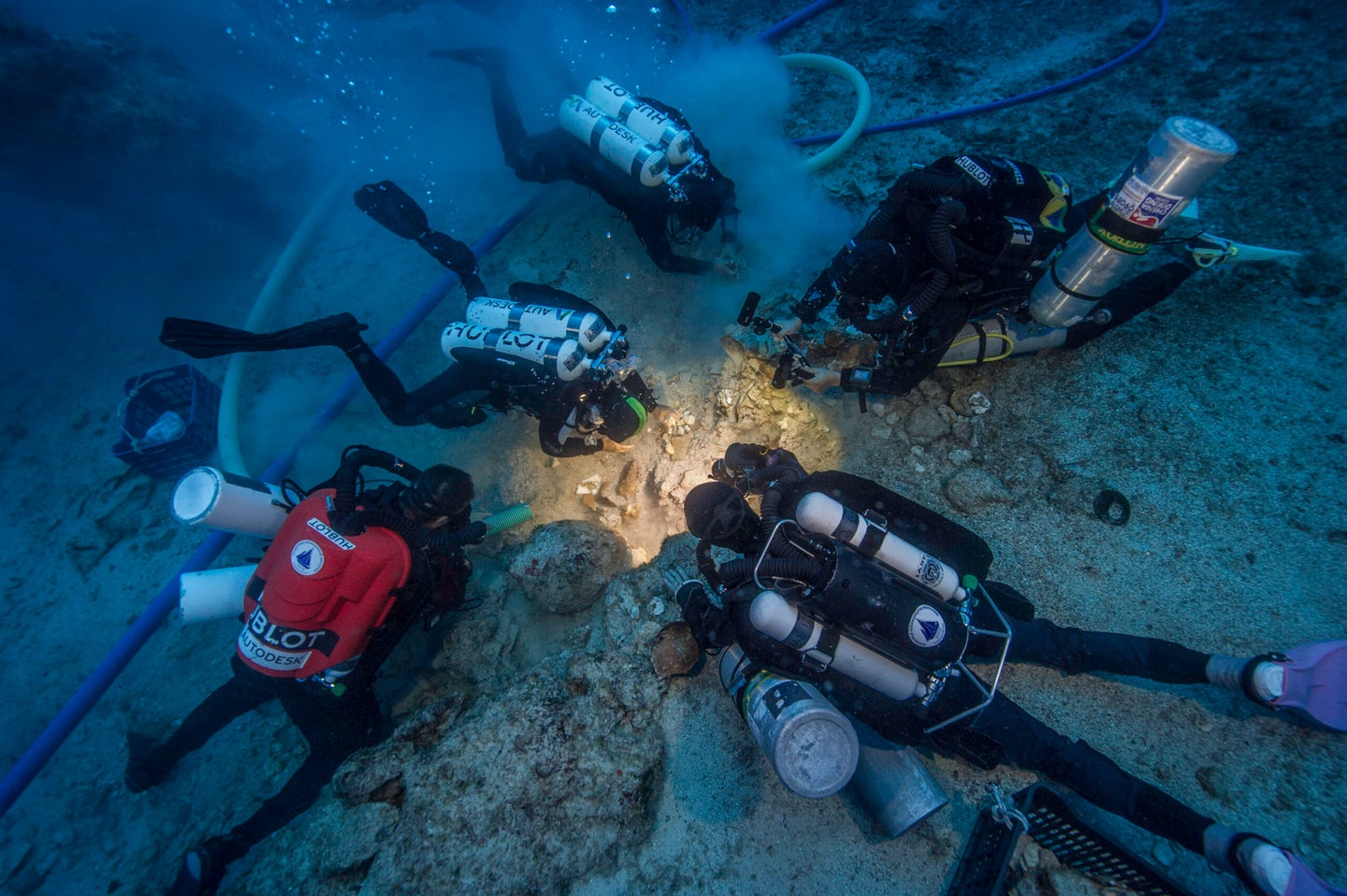 The bones belonged to a young man, not yet worn down by the ravages of age, who died in a shipwreck, sinking into the deep alongside jugs, bronzes, and one of the most intriguing artifacts ever uncovered.

The discovery of the human remains was first reported by Jo Marchant in an article in Nature. As Marchant reports, we don’t know much about the person whose bones they are, but we may soon, thanks to advances in DNA technology.

It isn’t the first skeleton discovered at the site. Back in the 1970s, ocean explorer Jacques-Yves Cousteau and his crew found human remains as they excavated the site. Research on the site started even earlier than that, when sponge divers from Greece located and began salvaging artifacts from the wreck in 1900.

The most famous of those artifacts is the Antikythera Mechanism, considered to be one of the earliest computers in the world. The device could track the movements of the planets, and was created around 200 BC before being lost at sea in a shipwreck around 65 BC near the Greek island of Antikythera.

But even if this isn’t the first skeleton from the shipwreck, and doesn’t help us understand the mysterious mechanism that elevated the shipwreck into the public consciousness, the bones are important to researchers, as they are the first bones to be discovered in the wreck since DNA studies entered their heyday. The researchers hope that, with permission from the Greek government, they might be able to extract DNA from the bones, and figure out more details about what the young man looked like, and where he might have come from.

Some of his bones remain at the bottom of the sea, embedded in the sediment, waiting to be excavated in the next digging season. But researchers have gathered plenty of information about the remains (and the artifacts they were found with) in the meantime. The team scanned the bones in situ, creating a 3D digital copy that other researchers will be able to refer to in the future.

The team also created scans of the man’s femurs after excavation. Scanning the remains from the ship (both human remains and artifacts) is incredibly valuable to future research. Though the artifacts have survived for nearly 2,000 years underwater, some materials have become so fragile, that they can disintegrate soon after excavation. Creating a 3D model allows researchers to digitally preserve the artifacts for future generations to study. 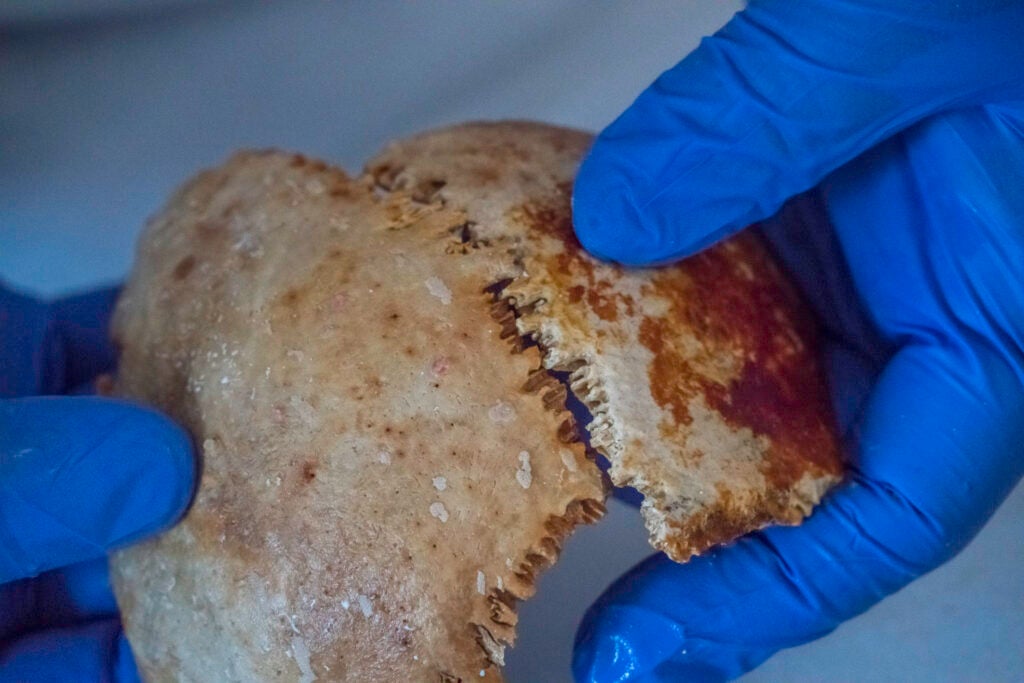 Part of the skull after it was excavated 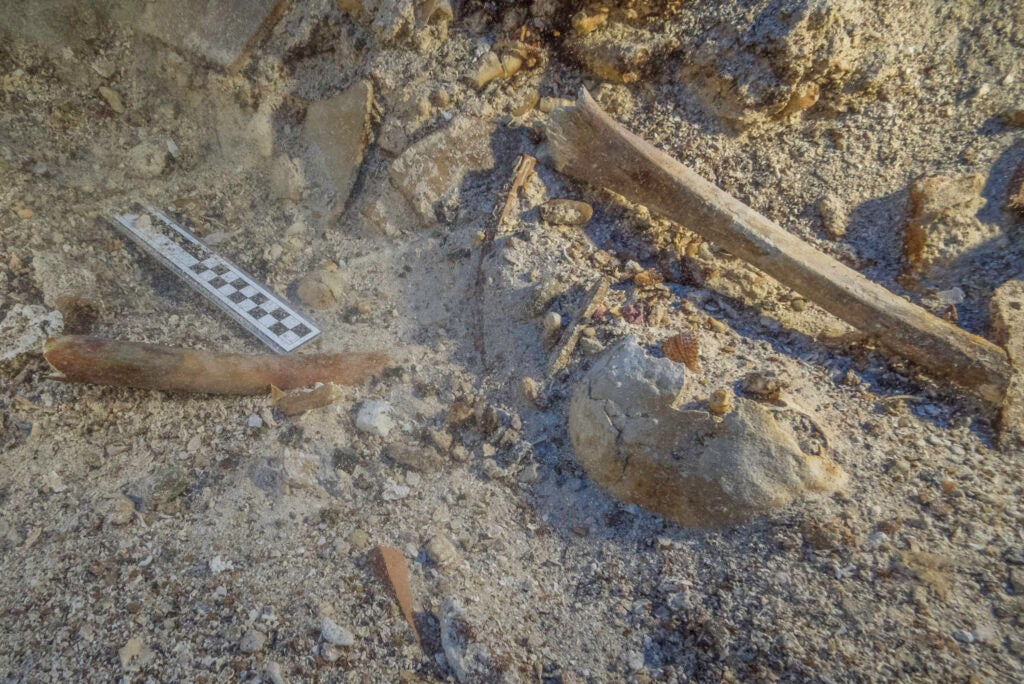 Skeletal remains in situ on the Antikythera Shipwreck: skull and long bones from arm and leg. 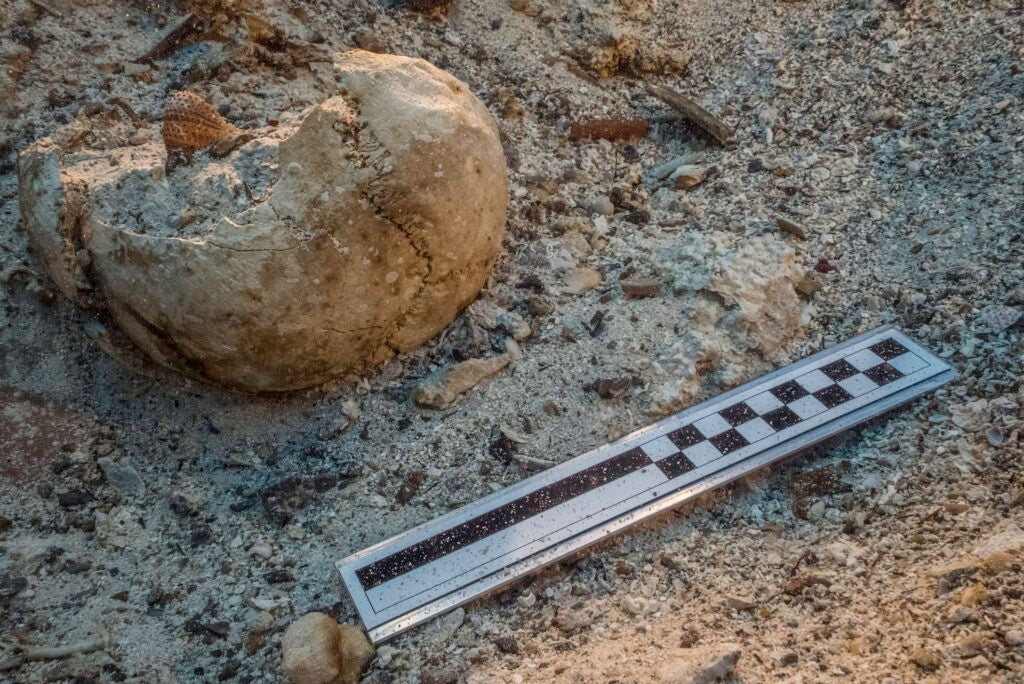 The skull as it was found at the shipwreck site. 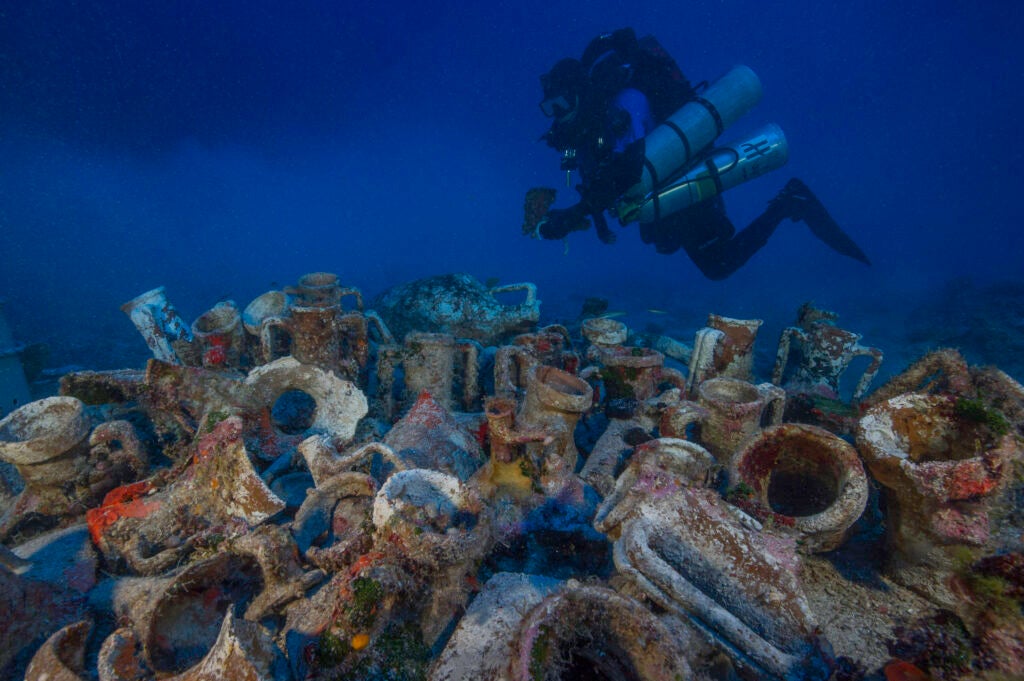