What happens in the minds of free climbers 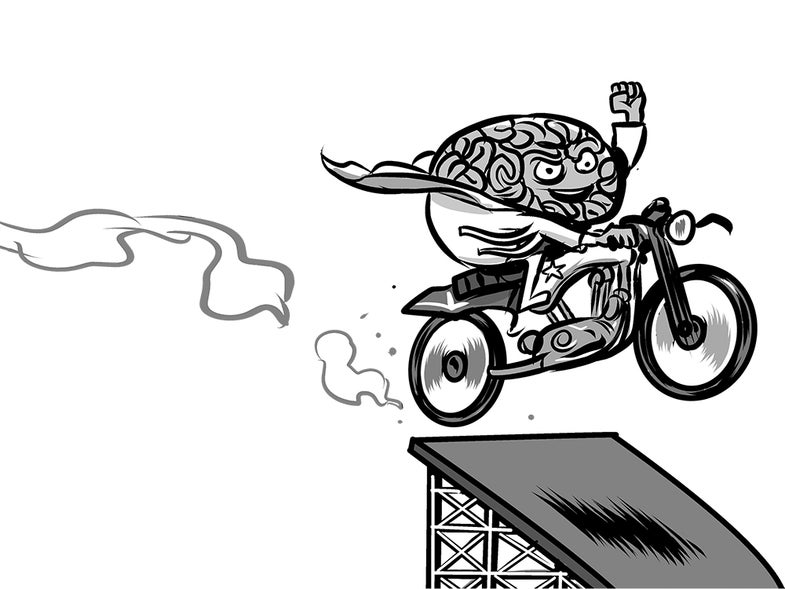 As a cognitive neuroscientist, I study how the brain processes thoughts and emotions. I used to focus on sensation-seeking behavior, which involves people pursuing risky activities to get a thrilling reward.

In 2015, a journalist heard about my work with daredevils and suggested I test the brain of free-solo climber Alex Honnold, who scales cliffs—such as Yosemite National Park’s 3,000-foot-high El Capitan—without ropes. I would describe him as a super-sensation seeker, but he’s also conscientious; he climbs with intention and thought, as opposed to an impulsive adrenaline junkie. Like our other subjects, he had to take personality questionnaires and then undergo an fMRI scan while viewing emotional pictures. Negative ones showed unflushed toilets or natural disasters, while positive images included mild erotica and people hang gliding.

Anatomically, Honnold’s brain is normal (if there is such a thing). But his amygdala, historically considered the brain’s fear detector, didn’t respond to our images like an average sensation seeker’s did—the pictures weren’t ­intense enough to stimulate that part of his brain. That could be because he regularly faces real fear and has conditioned himself to distinguish it from anxiety. Feeling scared is an ­appropriate response to an immediate threat, such as hanging off a cliff with no protection whatsoever. Anxiety happens when a nonthreatening stimulus, such as imagining roaches or rotting food, triggers an association with danger. As an extreme risk-taker, Honnold knows the difference.