Why tiny fossils can tell us more than big ones

Sorting through microfossils at the LaBrea Tar Pits. 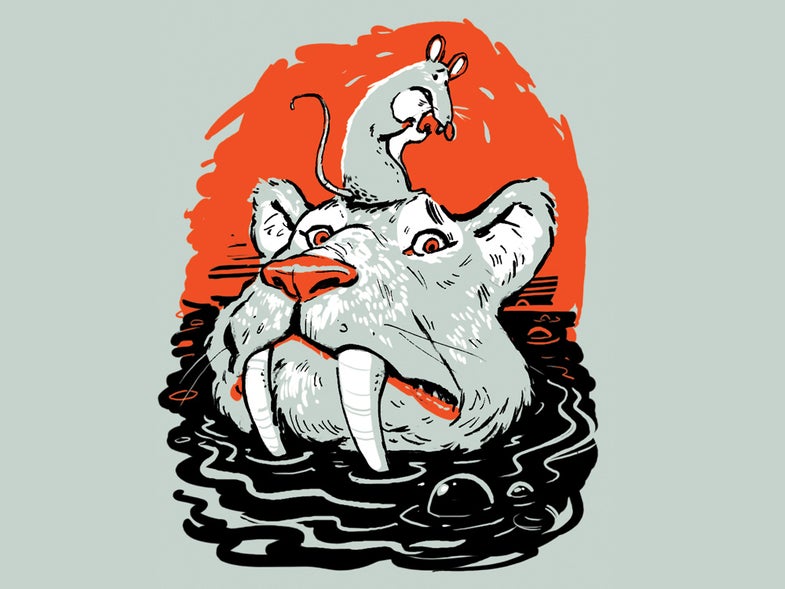 At the La Brea Tar Pits and Museum, paleontologists used to free large fossils like sabertooth jaws and mammoth shoulders by melting the asphalt with heated kerosene. In the process, they burned microfossils: small remains such as a mouse’s toe bone, seeds, or lizard vertebrae. Scientists once viewed them as unimportant, but microfossils tell us more about ice-age Los Angeles than bigger bones do because many larger animals were migratory visitors, while smaller organisms were locals.

A few decades ago, the museum started saving what we call “the matrix,” excavated tar and debris, and storing it in containers the size of paint cans. Although our lab has 36 trained volunteers to sort the microfossils, they have to process hundreds of tons of rock and dirt. So this past winter, we sent kits to more than 600 middle school students in and around Los Angeles. Each kit contains a scoop of matrix, a comic explaining the project, a fossil-­identification guide, and some of the tools we use in the lab, such as paintbrushes and magnifying lenses. The kids pick out and categorize the fossils as bones, plants, and “other.” Then they return the remains to us in labeled baggies. So far, they’ve sorted more than 5,000 microfossils from 30 pounds of matrix.

As told to Mary Beth Griggs

Archaeology
fossils
tales from the field