Vintage PopSci: 7 Phone Ideas That Are More Innovative Than The iPhone 5

1965 gets excited about pushbuttons and speed dial. 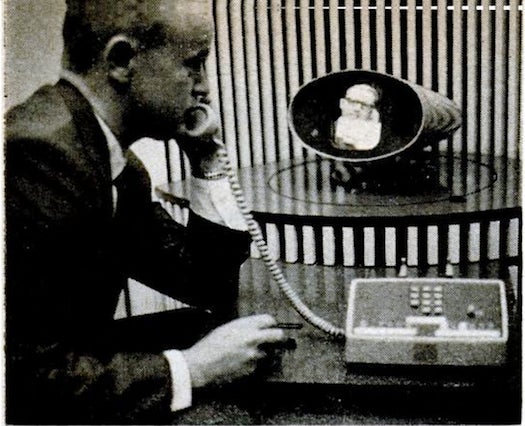 “Everyone takes the telephone for granted,” PopSci lamented in December 1965. Everyone except the inventors at Bell Telephone Laboratories, who had recently unveiled seven crazy-futuristic ideas to revolutionize telephones in homes, offices and even the wilderness.

TV telephone: “A TV phone of the future that is already providing service between New York, Chicago, and Washington. The Picturephone transmits both images and voices.”

Touchtone: “Telephones with pushbuttons, instead of dials, that allow you to place calls in seconds. Pleasing tones – a different one for each digit – replace dial clicks.”

Speed dial: “A computerized telephone exchange that lets you dial most-called numbers with two or three digits (even long-distance!)”

Wilderness phone: “A rural pay phone for remote areas that operates via microwave relay rather than telephone lines.”

Contacts list: “Business telephones that automatically dial a number from a perforated code on a card. You just stick the card in a slot.”

Speakerphone: “A desk-top speaker and microphone for group conversations.”

Sleeker, sexier phones: “Telephones that are smaller, lighter, and more attractive, ranging from the Princess of recent years to the just-introduced Trimline, which incorporates the receiver, transmitter, and dial in a light handpiece.”

BONUS: “A Data-Phone designed to let computers ‘talk’ to each other in computer language.” 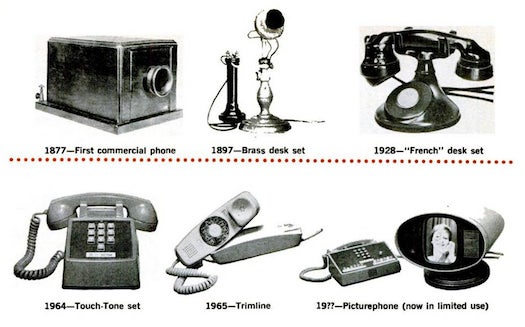 Big changes are in the works: pushbutton phones, TV screens, and a computer exchange that dials for you: 1965 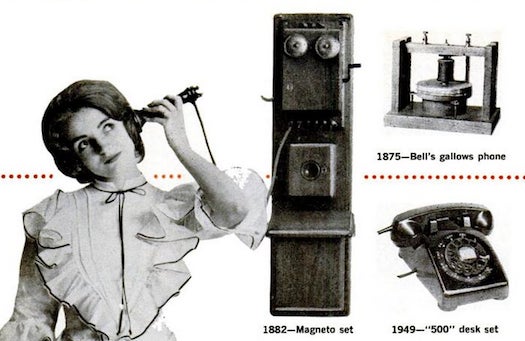 Read the full story in our December 1965 issue: They’re Still Inventing the Telephone.