Actually, yes, this was my first rodeo 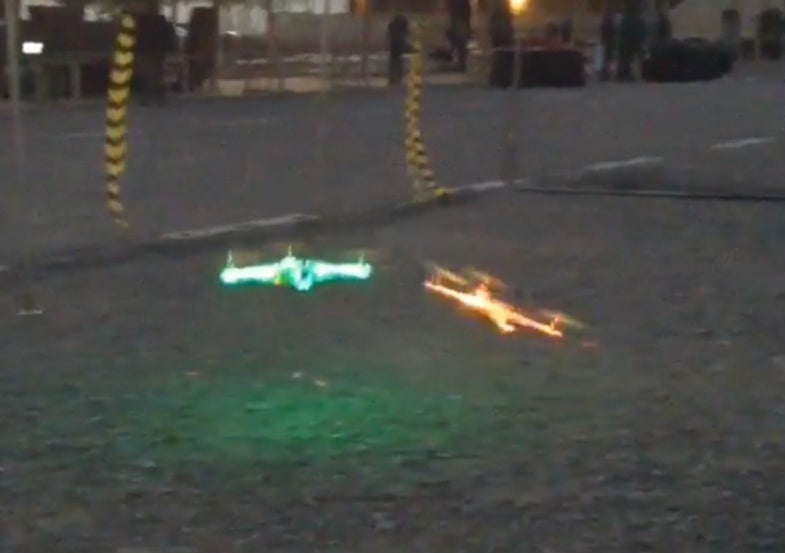 While thousands of techies, journalists, and more are descending upon Las Vegas for CES this week, we escaped the madness for a bit on Monday, traveling about an hour outside the city to the Clark County Shooting Range. But we weren’t there to shoot guns or weapons; we had come to participate in what was dubbed the “drone rodeo.”

At the event, drone enthusiasts got to test out various unmanned aerial vehicles and their accessories in a wide, open area of the desert, including DJI’s Phantom 2 and Inspire 1 quadcopters, as well as Immersion RC’s XuGong v2 Pro drones. Participants also got a chance to “see like a drone pilot” by wearing first person headsets from FatShark and Avegant that communicated with the drones’ cameras. This simulation technology, while a bit disorienting at first, actually made it much more helpful to control the drone, as users had a better sense of which way the quadcopter’s camera was pointed.

Using the headsets, participants tested their drone operating skills on an intense, timed race course — swerving in and out of javelins as quickly as possible to get to the finish line. Sometimes this resulted in a drone or two careening out of view, losing itself in the sky.

And for those who were looking to get their hands a little dirty, there was the “Game of Drones,” a small fighting arena in which pilots intentionally crashed their drones into one another. For this event, participants used the Action Sports Airframe, a drone body design that’s able to resist fire, water, and extreme impacts. However, the drones’ propellers were not so durable, and many broken blades were strewn about the ground. Fallen soldiers of the drone battles.