Make the most of your smartphone. 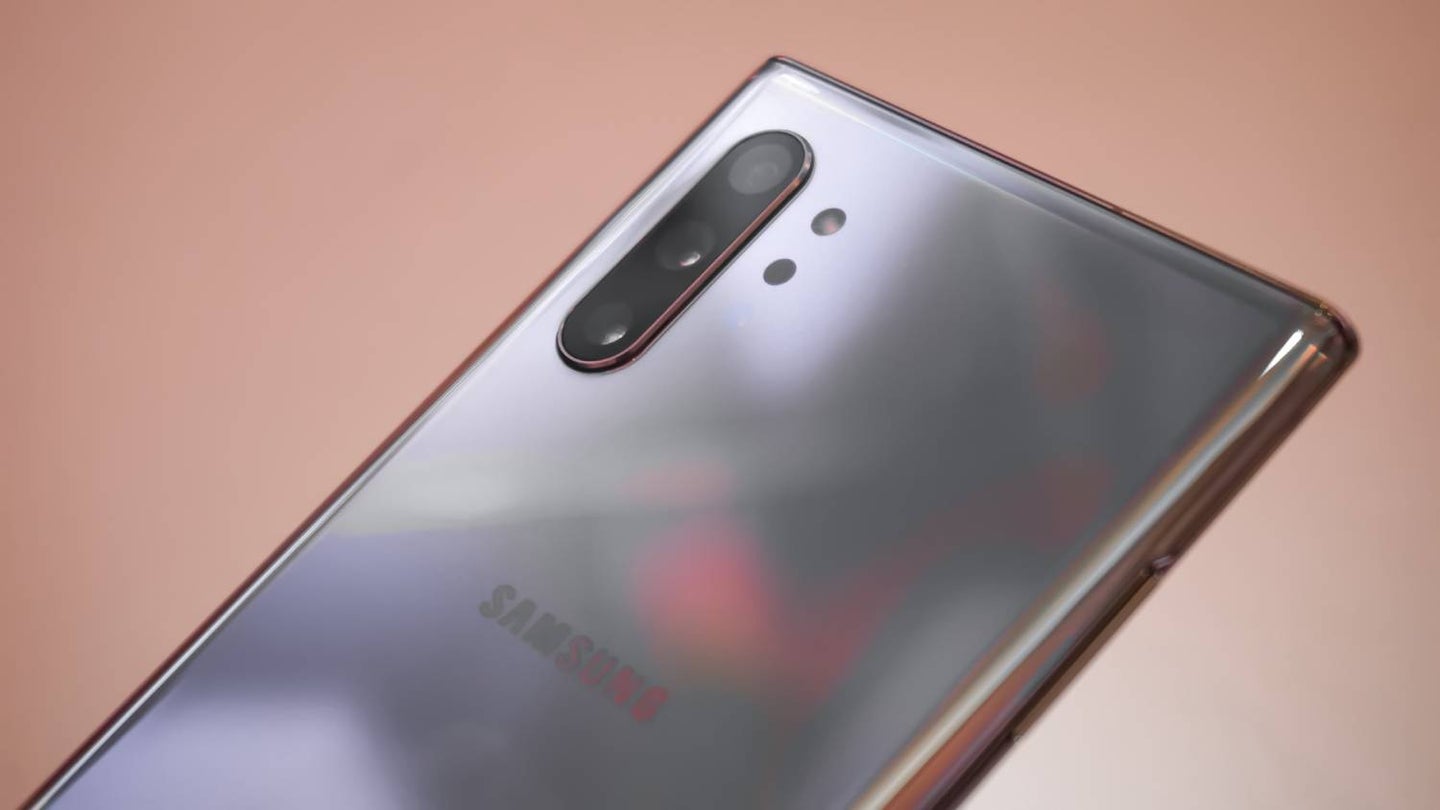 Samsung's take on Android is really unique, and that means users get a whopping list of Galaxy phone hacks. Mark Chan/Unsplash
SHARE

This post has been updated. It was originally published on April 30, 2020.

Samsung likes to add its own flourishes to Android, which means Galaxy phones boast quite a few unique features that you won’t find on other devices running the operating system—or on iPhones for that matter.

We’ve collected seven cool tips and tricks featured on the latest models of Galaxy phones and Note devices—they should work on all of them, except where we state otherwise.

Everyone loves a well-chosen GIF, and Samsung Galaxy phones let you create them straight from any on-screen YouTube video—no third-party add-ons required. Instead, all you need is an integrated app called Smart Select, available on Galaxy phones released in 2017 or later.

First, open a video in the YouTube app, and then access Smart Select. On a Galaxy phone, you’ll then swipe in from the right, and on a Note device you can remove the S Pen to display the Air Command Menu on the right side of the screen. Next, tap on GIF Animation. Arrange the frame box, start playing the video, and tap Record to capture the clip you like. When you’re done, tap Stop to store the GIF in your Gallery app. From this repository, you can load the file into other apps and share it with other people the same way you’d share a photo.

2. Turn websites and messages into reminders

For the forgetful, phone reminders are invaluable. And when it comes to the Reminders app, Samsung phones have a couple of extra tricks.

First, you can turn any website into a reminder. Open Samsung’s own browser, tap the menu button (three dots on the top right) and then choose Share, followed by Reminder. Second, you can receive a reminder about text messages too: Open Messages, long-press on the thread you want to save, and then pick Message options and Send to Reminder.

These entries, like any other reminder on your phone, will appear in the Reminder app. In there, you can also tap on any item and choose Edit to make it pop back into view at a certain time or location (for example, make a grocery list reappear when you’re in the supermarket).

Many Android phones let you split the screen in two so you can view a couple of apps simultaneously. But for a while now, Samsung’s operating system has taken this ability a step further: It lets you pin part of an app—such as a video, a portion of your Twitter feed, or a section of a map—in split-screen mode. This will leave the clip on the top of the display while you keep working on something else underneath.

On the navigation bar, tap and hold the Recents button, scroll to the app you want to pin, and tap on the round app icon above the window. In the dialog box, choose Open in split-screen view. The app will position itself at the top of the screen and you’ll have the opportunity to choose another app to fill the lower half of the view. A blue line will divide the screen in two—move it up or down to give a specific app more space, or drag it all the way up or down to exit split-screen view.

Samsung promises to create an audio experience tailored specifically to your taste, which is especially effective when you’re wearing headphones. Once you tweak the settings to find your ideal mix, the phone will remember your choices and keep those settings in place for calls, music, movies, and every other sound it emits.

To tinker with the sound, go to Settings and tap Sounds and vibration, followed by Advanced Sound Settings > Sound quality and effects > Equalizer. On the next screen, you’ll see a few equalizer options you can play around with, such as adjusting the balance between bass and treble.

If you’re less comfortable with technical terms and just want to feel out the best mix for you, go back to the Sound quality and Effects menu, tap Adapt Sound, and then Personalize sound. This will take you through a short configuration wizard that lets you hear sample sound configurations. Pick the one you like best.

Samsung Galaxy phones come with a Secure Folder app that acts like an encrypted digital safe on your phone. You can hide apps and files in here, setting a password, PIN, or fingerprint scan to protect them.

To set up your safe, launch the Secure Folder app from your app drawer. Then follow the instructions on screen to set up the security lock. Once you’ve protected the app, use the Add apps and Add files buttons to drop new stuff into the Secure Folder, hidden away from anyone who might get access to your phone.

6. Pay with your phone more often

To pay for stuff with your smartphone, Apple Pay and Android Pay are both fantastic choices. However, they only work with checkout terminals that come equipped with Near Field Communication (NFC), the same tech that powers contactless credit cards. Samsung Pay can work via NFC, but it’s also compatible with the older magnetic-stripe terminals, where you swipe your credit card through to pay. That means a broader range of card readers support Samsung Pay, compared to the payment methods from Apple or Google.

To connect your financial accounts with Samsung Pay, start by opening the app—it comes pre-loaded on your phone. Then choose Start and follow the on-screen instructions to add your credit or debit cards to your account. If you haven’t already created a password-protected Samsung account, you’ll need to do so now, but the app should walk you through this process.

When you’re done, head to the store and get ready to pay with your phone.

7. Take notes on the lock screen

To scribble on your phone without unlocking it, you’ll need a Galaxy Note 8 phablet or later. Because this trick relies on the Note’s integrated stylus, it won’t work on the smaller Galaxy S10 and S10+ phones.

The phablet should enable this ability by default. However, you can always check to make sure it’s active: Open Settings and tap Advanced features followed by S Pen. The Screen off memo toggle switch should be set to on.

Now, whenever inspiration strikes, you can pop out the stylus from the base of the device, tap it on screen while holding down the top button, and start writing. There’s no need to wake the screen, type in your PIN, or make any other preparations. In fact, this will even work in the rain—both the Note 8 and the S Pen (and every model since) are IP68-rated, so droplets won’t faze them. And as soon as you put the stylus back, Samsung Notes will automatically save anything you jotted down on the lock screen.