Forget your wallet: It’s time to start paying for everything with your phone.

Money is just a concept. 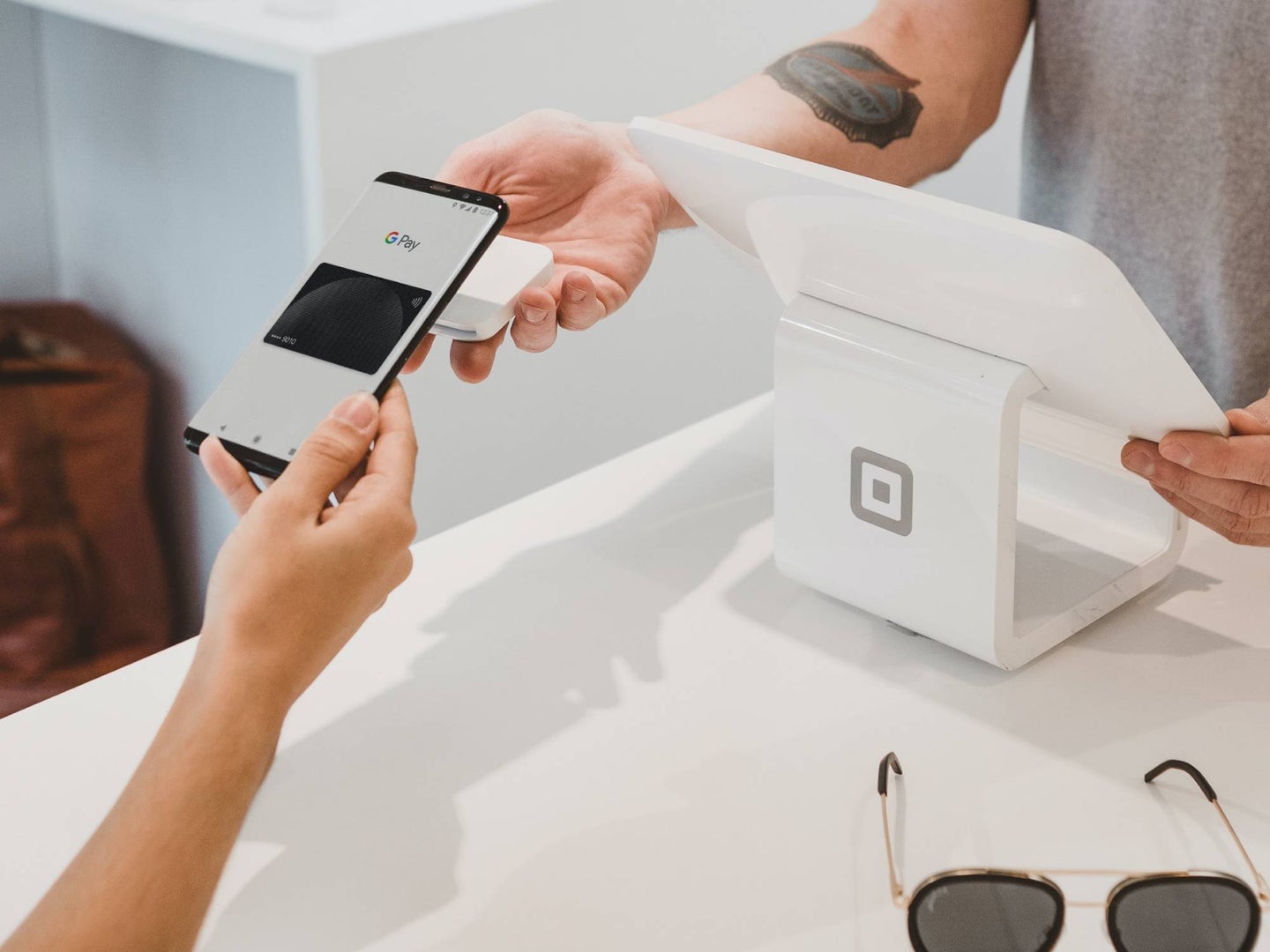 This story has been updated. It was originally posted on September 2, 2020.

Most of us leave the house carrying three essentials: keys, wallet, and smartphone. But over the past few years, more and more people have chosen to simplify this classic trio further. And no, we’re not talking about phone cases that also hold cash—however useful.

Your smartphone can save your financial details and use them to make secure, instant, contactless payments in a lot of stores. It may feel vaguely futuristic, but you can easily see how your life becomes just a bit simpler by waving your mobile at checkout.

If you want to get an upgrade from old cash and cards but you’re unfamiliar with app-based payments, know that it’s safe and easier to get set up than you might think. In fact, you probably have most of what you’ll need already installed on your phone.

Having one less thing to carry around seems great, but some people insist on sticking to good ol’ money because of security concerns. This is why it’s important to understand how app-based payment platforms work and how they can actually protect your money even better than a card.

If someone steals your credit card, they would be able to use it freely both online and in physical stores, while all you’re left to do is notify your bank. But it’s not possible to do the same with your smartphone. If someone stole your phone, the robber would still need your passcode, fingerprint, or face to complete a payment, so if your phone is locked, so is your money.

The technology behind app-based payment platforms is called Near Field Communication. It is an industry standard and both Google and Apple use it for their own services. Whenever you wave your phone on a payment terminal, you’re not actually sharing your card details, as most people think, but using NFC to simply confirm your device is authorized to make a payment on your behalf using an encrypted code. This means your phone will safely store your card details and it won’t share them with any third parties.

Setting up mobile payment on your iPhone

Apple Pay first saw the light of day in October 2014. Now it comes pre-installed on all of Apple’s mobile hardware, including the Apple Watch and the iPhone. You can use this platform to pay for purchases online, within apps, and in physical stores—any outlet that supports contactless payments will accept Apple Pay.

To set up Apple Pay on an iPhone, open Settings, then choose Wallet & Apple Pay. From here, you can link your credit or debit cards to the phone’s payment system. It also lets you add new cards and edit the details from existing ones.

To add the same card or cards to your Apple Watch, use the Watch app. Go to the My Watch tab and tap on the Wallet & Apple Pay option. This will give your wearable the same power as your actual card, which means you’ll be able to pay with your smartwatch even when your iPhone isn’t nearby.

Once you enter your card details, you’re ready to pay for goods. To do this in a physical store, you can use any contactless terminal. At checkout, unlock your phone with a passcode, Touch ID, or Face ID, and tap your Apple device on the terminal to pay.

Setting up mobile payment on your Android phone

Google presented Google Pay back in September 2015, a year after Apple’s payment system launched. Both platforms work in a similar way—its primary purpose is to let you quickly pay at physical stores, but the tech has also found its way to apps and online shopping. Google Pay works on phones and tablets, as well as WearOS watches.

As with Apple Pay, your device must be unlocked to use Google Pay. If you’re using a smartwatch, you won’t need to draw your pattern or put your fingerprint in the sensor with every payment, but if you take your watch off, then you will need to reauthorize the connection by unlocking your phone.

Google Pay should also work with any terminal or checkout that supports contactless payments. In the store, make sure your phone is unlocked, tap it against the terminal for a few seconds, and wait for the green light. Again, just like Apple Pay, the system will send an authorized token rather than your actual card details.

Despite the name, Samsung Pay works on any modern Android phone, but this availability doesn’t translate to smartwatches, as the system only runs on the brand’s own Galaxy line. To set it up, download the Samsung Pay app and add your cards. When it’s time to pay, simply unlock your phone using your method of choice (fingerprint, face, or PIN), and then hold your device against the terminal to use your card.

Samsung Pay has one big advantage over its competitors—it works with newer contactless terminals and also those that use the old magnetic stripe technology. In the latter case, however, you’ll require extra in-phone hardware, so only newer Samsung devices will be able to do the trick 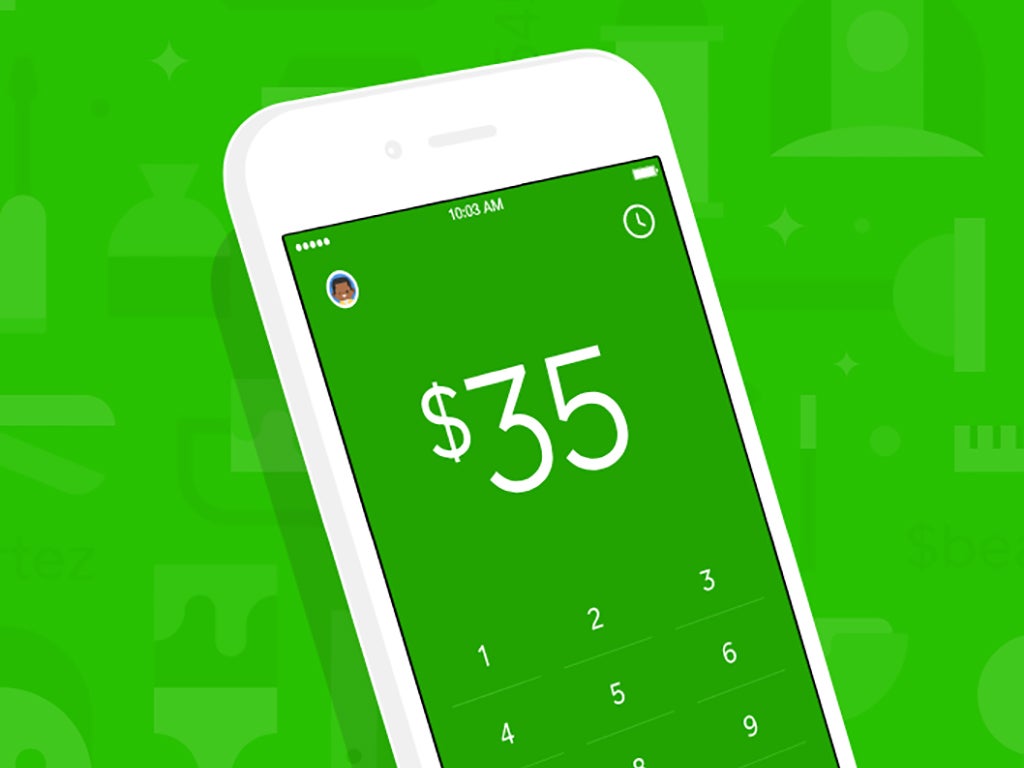 The beauty of Cash app is that you can send money to anyone with an email address.

We’ve covered your options if you want to use your phone in a physical store. But what if you just want to pay back your friend for dinner, or settle the cable bill with your roommates? In this case, you’ve still got plenty of app options. Like with Apple, Google, or Samsung Pay, you will need to link these apps to a real bank account or card but the process is usually the same and pretty painless.

PayPal (Android, iOS) is the best-known and probably the longest-running mobile payment option out there, and its mobile app has caught up to its desktop site in terms of ease of use and functionality. If you link a bank account, or debit or credit card to your PayPal, or accumulate a PayPal balance, you can pay other users for free.

In the world of payment apps, Cash App (Android, iOS) is a strong contender, looking to significantly improve the way we all send money to each other. Perhaps its best feature is that the person you’re paying doesn’t need their own Cash App account—you can use the app to pay anyone whose email address you know. The platform also lets you link debit cards for free but adds a 3 percent charge for linked credit cards.

For an even smoother experience than either PayPal or Cash App, try Venmo (Android, iOS), which PayPal actually owns. This socially-connected option is built more like a messaging app than a payments tool, and even includes an option for splitting a bill. Payments to other Venmo users are free from a linked bank account, major bank debit cards, or a Venmo balance. Otherwise, you face a 3 percent charge for credit cards.