Everything you thought you knew about winter tires but didn’t

You probably still call them snow tires, don’t you? 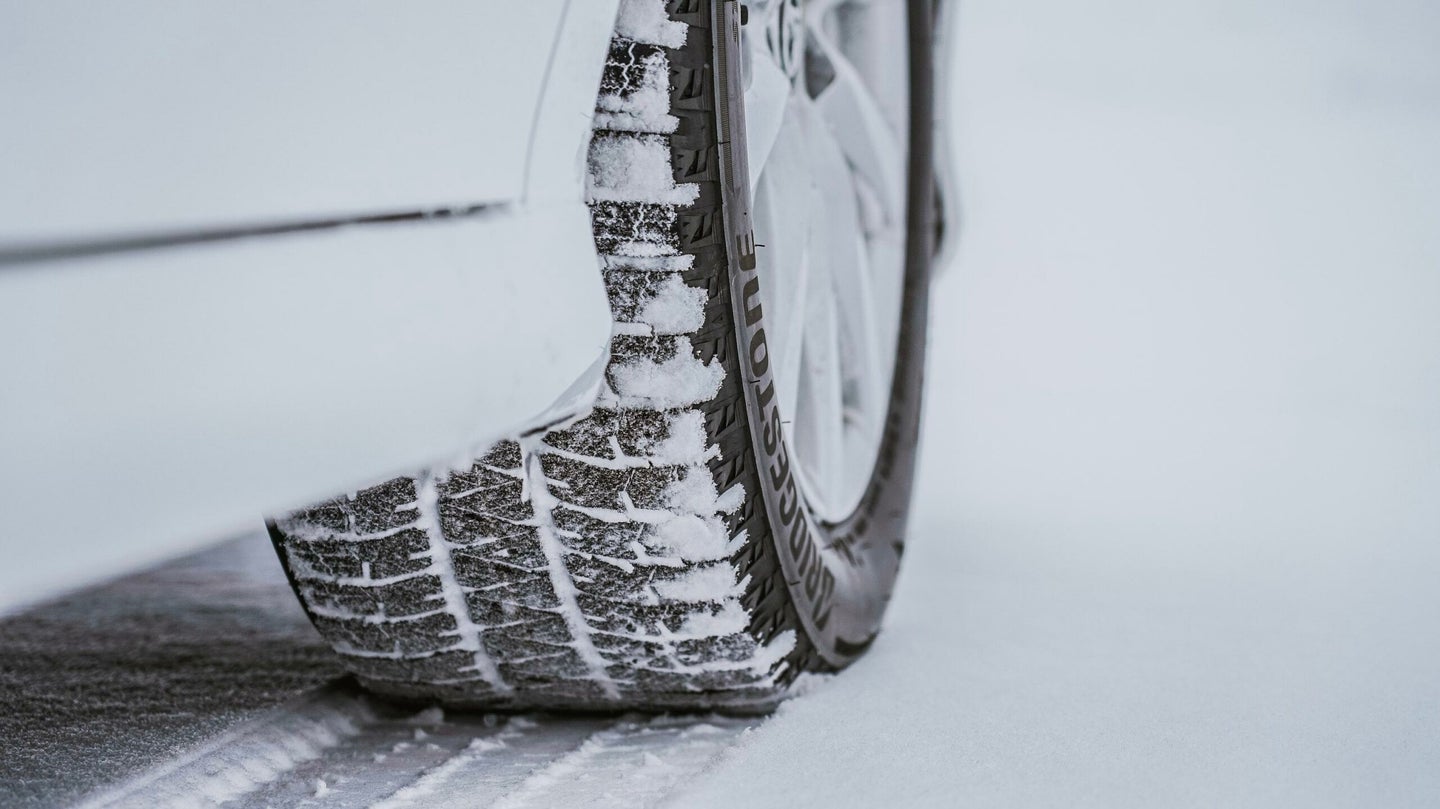 They’re called “winter tires” now, not “snow tires.” This is because driving in winter poses a variety of challenges to be met by tires that may or may not involve snow.

This is just one of the things drivers need to understand when considering driving during cold weather. Here are some others: Ice isn’t slippery. For traction in snow, you need more snow. All-season tires aren’t really for all seasons. All-wheel drive won’t help you stop or turn in slick conditions.

According to the AAA Foundation for Traffic Safety, there are 500,000 crashes a year in the U.S. in which winter storms, bad weather and sloppy road conditions are a factor. The crashes in those conditions lead to 2,000 road deaths each year, reports the Federal Highway Safety Administration.

The lie of all-season tires

Tires for street cars (we’re leaving out the off-road tires you might have on your 4×4 for this discussion) fall into three categories: summer, all-season, and winter. Summer tires are designed for maximum grip in warm weather and they are often found on high performance cars like Porsches.

Summer tires are made using a rubber compound that is optimized to sticky as glue in warm temperatures. But that same rubber turns hard and slick when the temperature drops into the 50s. Cars that have summer tires on them need different rubber for the winter unless you live someplace where you rarely need a jacket or sweatshirt.

“Those tires get rock hard when the temp get cool,” observed Matt Edmonds, executive vice president of mail order tire giant Tire Rack. That’s the opposite of the soft, gummy consistency needed to grip the road, which is why summer tires are so bad when the seasons change. All-season tires stay soft down to about 44 degrees, after which they start to harden, prolonging your braking distances and giving you less grip to swerve around crashes.

Winter tires employ rubber that stays soft and pliable in the cold, so that they provide better cold-weather grip than other tires, even when the pavement is clear and dry.

We may imagine winter tires with gnarly tread that claws through snow, but tread pattern is only part of the story, and it probably doesn’t work the way you think. Instead, the rubber itself is the most important component of a winter tire.

The city of Montreal saw a 46 percent reduction in serious crashes after it began mandating winter tires in the cold months, according to Tire & Rubber Association of Canada’s Consumer Winter Tire Study.

But all-wheel-drive doesn’t help with stopping. The Camry stopped from 12 mph on the Fighting Irish’s ice in 50.9 feet on all-season rubber and needed just 37.6 feet on winter tires. The splits were even bigger for the RAV4, which needed 57 feet to halt from 12 mph on all-seasons and stopped in just 33.7 feet on the winter tires. That (very) roughly half the braking distance from just 12 mph, illustrating how those Canadian drivers in Montreal were able to avoid so many crashes.

In addition to the softness of the rubber compound, there is also the matter of the physical configuration of the tread. Bridgestone’s Blizzak winter tires employ a rubber that is made with microscopic pores. Their job is to sop up the thin water layer that materializes on ice from the pressure of the car’s tires rolling on it.

It is this water lubricating the interface between the rubber and the ice that makes ice seem slippery. Blizzaks are designed to defeat this water layer to provide direct contact with the ice, reports Dale Harrigle, who is Chief Engineer, Consumer Replacement Tire Development for Bridgestone Americas.

“The compound is formed with very small voids in it to remove the water layer that is present on the surface of all ice that causes ice to be slippery,” he said. “When you remove that water film, the rubber contacts the ice directly.”

Indeed, many of us are familiar with the function of this water layer from visits to the ice skating rink, Harrigle pointed out. “It is exactly opposite of how an ice skate works, where a thin steel blade applies high pressure to melt the ice and glide on the film of water.”

The sipes are tiny slits in the face of the tread. Like the pores, these help soak up the water layer, but their main job is to provide additional biting edges to cut into the ice, just like the cleats of a ballplayer making his break to steal second base cut into the dirt. All-season tires have some siping, but in winter tires they become more plentiful and more pronounced, according to Edmonds.

Earlier generations of winter tires with such siping suffered from a side effect on dry pavement, when the tread would seem to squirm beneath the car, creating an unsettled, disconnected feeling for drivers. New winter tires employ “3D” sipes. Rather than cutting straight down into the rubber tread blocs, the 3D sipes zigzag their way through the rubber, so that when the car is turning on a dry surface, the rubber is able to support the load better, eliminating the squirming feeling.

“It has made winter tires a little more predictable in dry conditions and it helps with the wear because the blocks aren’t squirming so much,” Edmonds adds.

While summer tires are nearly solid rubber, in the manner of a racing slick, and all-season tires have abundance tread grooves to flush away water, winter tires need large openings to pack in snow.

Yes, that’s right, winter tires work better when they are packed with snow. “A key feature is to hold onto the snow, because snow has good grip to itself,” Harrigle says. “The ice crystals kind of interlock with each other.”

You’ve likely experienced this when packing a snowball or rolling a snowman. Once packed, the snowballs tend to remain pretty sturdy.

Here again, the rubber compound is important, because the tread blocks need to remain flexible at very low temperatures so they can better grab snow. “We like that pattern to open up and trap snow,” Coke explained. “It is important blocks aren’t rigid or they don’t open up and give you that snow to snow grip.”

So there you have it. Ice isn’t slippery, and packed snow in your tires improves the grip on snow. But if you still can’t wrap your mind around the physics of those facts, just keep these rules of thumb in mind. If you need winter boots where you live, your car needs winter tires. And when you can see your breath outside, it is time to put them on for the season.