Amazon’s cloud gaming service is now open in the US and Prime members get free games, plus a discounted controller. 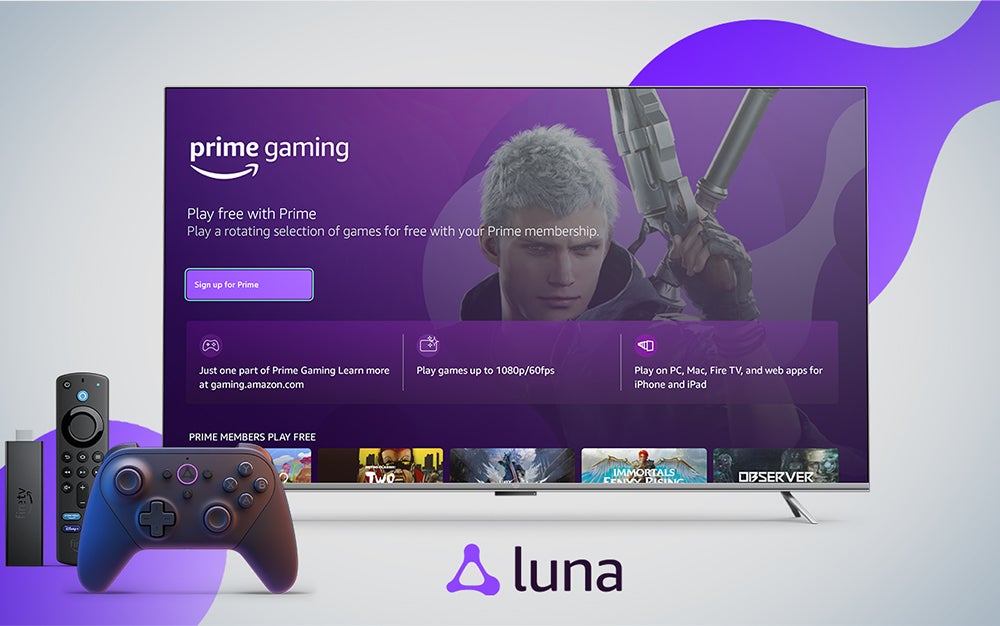 Amazon first announced its Luna game streaming service back in 2020. It was an invite-only affair back then, but now the company has opened up the service to anyone in the continental United States and it’s bringing some free games to Prime members.

What is Amazon Luna?

Luna is a cloud gaming service that costs $5.99 and works best with Amazon’s Luna Controller, which is currently on sale for $49 down from $69. The controller syncs up to a connected device like a smartphone, tablet, streaming device, smart TV, or computer. Amazon then streams high-end games from the cloud to your device and lets you play them with minimal lag, even over decidedly ordinary internet speeds.

Amazon’s massive clusters of computers handle the number-crunching necessary to run the game, then it streams immediately back to your device.

It’s similar to other services like Google’s seemingly ill-fated Stadia or Microsoft’s XCloud service in that it enables top-tier gaming without access to a physical console or beastly gaming PC.

What do you get with Amazon Luna?

The $5.99 Luna+ price includes more than 100 games that stream right to your devices with help from the Luna Controller. If you’re already a Prime member or you sign up, you’ll get a small, rotating collection of games for free as part of your subscription. If you’re willing to pay a little extra money, you can get access to other “channels,” which offer more games. For instance, there’s a Jackbox Games channel, which includes access to the company’s nine popular party titles for $5 per month.

The Retro channel seems like one of the best values. You get classic games like Street Fighter II, an entire collection of Contra games, a bunch of Castlevania games, and more vintage goodness for the same $5 per month.

If you really want to test the performance limits of the service, though, the $18 monthly Ubisoft+ subscription includes AAA titles from the Far Cry, Assassin’s Creed, and Watch Dogs franchises. It also includes a handful of other games that would never run on a cheap tablet or a lowly streaming device without help from a cloud-based streaming service like Luna.

How to buy Amazon Luna

Amazon says that the current $5.99 Luna+ subscription price is a “founder rate” that’s meant to go up in the future, but you can lock it in now by signing up here in the early stages.

The Luna Controller, which ensures low latency between your device and the game (to fight lag) is $49 right now, down from its normal $69 price. If you want to play on your TV instead of a tablet, PC, or smartphone, Amazon also sells the Luna Controller bundled with a Fire TV Stick 4K for $105.