The best ways to record audio on your phone

Improve the sound of your videos. 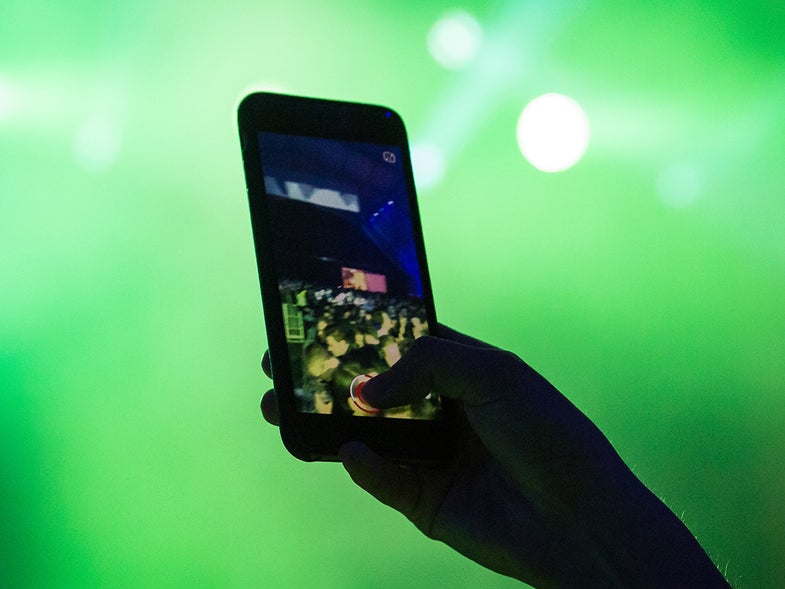 Make sure the audio recorded by your phone is the best it can be. Jacob Morch/Unsplash
SHARE

With a smartphone in your pocket, you’ll always have a capable video and audio recorder close to hand. Capturing audio on your phone can help you save an interview, create a spontaneous podcast, log a semester’s worth of lectures, and vastly improve your home videos.

In all of those scenarios, bad sound quality has the power to ruin your efforts. If you’re trying to transcribe an interview, you’ll miss words and phrases; if you’re sharing the audio with an audience, listeners will get frustrated with the low volume or intrusive background noises. The same goes for filming videos: You don’t want distorted sounds to spoil your vacation clips or DIY movies.

That’s not to say that you need to carry a full sound studio around with you. A few changes can make a huge difference to your phone’s ability to capture high-quality sound. Just tweak some settings, download a couple of well-chosen add-ons, and invest in a portable microphone. Here are the apps and gadgets you’ll need.

Related: 7 of the best audio recording apps for your phone

The basics of good audio

Smartphones don’t have fantastic built-in microphones. But even before you start downloading apps and buying products, you can take a few steps to maximize the quality of the incoming audio.

First and foremost, know where your phone’s mics are located. You’ll usually find them on the bottom of the handset, where you speak, and by the cameras. Next, make sure that no cases, fingers, or other paraphernalia are obstructing these inputs. Once they’re clear, remember to point them toward your main sound source.

In addition, pay attention to the environment where you’re recording. A careful setup might be able to reduce interfering sounds like wind noise or jabbering people in the background. You won’t always have time to fix up the area where you plan to record, but if you do, try to improve the acoustics by amplifying the sounds you want to capture and dampening those that you don’t.

Even something as simple as getting closer to your subject can make your audio sound much better than it would at a distance. If you’re at a public talk, don’t try to record the speaker from twenty rows back—move yourself and your phone as close as possible to the front of the room.

Finally, before you start recording on your smartphone, mute the device or put it in airplane mode. You don’t want to interrupt your own audio with the ping of a new message or the rattling vibrations of an incoming phone call.

Given the hardware limitations of your phone’s mic, a specialized recording program can only do so much. That’s why, for video footage, your phone’s default camera app will capture sound as well as any other filming app. However, some audio-only apps do offer helpful options and settings that you can tweak to maximize sound quality.

On iOS, the built-in Voice Memo app can capture perfectly fine audio, and you can improve it even further—just not within the app itself. Instead, head to Settings > Voice Memos > Audio Quality and change the quality to Lossless.

For more control, Voice Record Pro (iOS only, free or $7 for an ad-free version) provides a home screen where you can adjust various settings. Tinker with the gain control to keep distortion down to a minimum, or increase the sample rate, bit rate, and encode quality to boost the fidelity of your final recording.

Also of note is Voice Recorder & Audio Editor (iOS only, free or $5 for an ad-free version with extra audio formats). It doesn’t give you as much control over the output format as Voice Record Pro does, but it is simple to use and does a good job of managing multiple recordings. The app will also transcribe audio to text for you… if you pay the $5 upgrade fee.

Over on Android, Titanium Recorder (Android only, free with ads) provides one of the most complete solutions for sound capture. Tap the menu button (three dots) on the top right and go to Settings. Here, you can adjust the sample rate, bit rate, and gain to capture as much detail as possible for your recorded audio.

Another excellent option is Recforge II (Android only, free or $3 for an ad-free version with longer recordings), which mixes user control with automatic settings. With this app, you can configure the recording format and bit rate by tapping the menu button (three lines) on the top left and opening Settings. This also lets you decide whether the app should record through all the phone microphones you have or just one of them. On its own, the app can automatically control the gain settings. However, if you opt for the free version, you can’t capture any clips longer than three minutes—for that, you have to pony up for the upgrade.

Related: The best ways to record audio on your phone

Adding an external microphone is the single most significant way to improve the quality of the sound your phone captures. So, if you’re serious about giving your videos and voice recordings top-level audio, you’ll need to invest in the best mic for recording.

First, you need to choose one that will work with your phone. That means it must have a Lightning connector if you want to use it with an up-to-date iPhone, and it needs a USB-C port to work with most modern Android phones. While the cost of a microphone usually serves as a good indicator of its quality, a few other factors also have an impact. In addition to reviewing a potential purchase’s price tag, check its frequency response (the range of sounds it can hear) and sampling rate (the fidelity of the captured audio).

If you primarily plan to save the sound of a person speaking, look for a directional microphone, sometimes called a shotgun mic. You can literally point this type of recorder at the audio source to pick out one pocket of sound. To record a broader area, perhaps if you plan to film a movie or record crowd sounds, then the directional mic isn’t quite as necessary.

For speech, the hand-held Sennheiser HandMic Digital excels at recording interviews, and it plugs directly into an iPhone. For greater subtlety, try a lavalier mic, which clips unobtrusively to a lapel or shirt. We like the Saramonic LavMicro-UC, which connects to most Android phones via USB-C.

To capture a broader range of sound, we recommend the Shure MV88, which comes with a windjammer accessory for reducing the wind’s whistling background noise. It plugs straight into the Lightning port on your iPhone. For a more inexpensive option, try the iRig Mic Cast. Although it works well, this device requires a 3.5mm audio jack—if your phone doesn’t have one, you’ll need a USB-C or Lightning adapter.

If you only buy one audio recording device, buy the best microphone…but you don’t have to stop there. Portable tripods can keep your phone steady out in the field. And any type of object—homemade or purchased—that blocks wind from hitting the mic will help.