Racehorses Are Getting Faster Over Time, Study Says 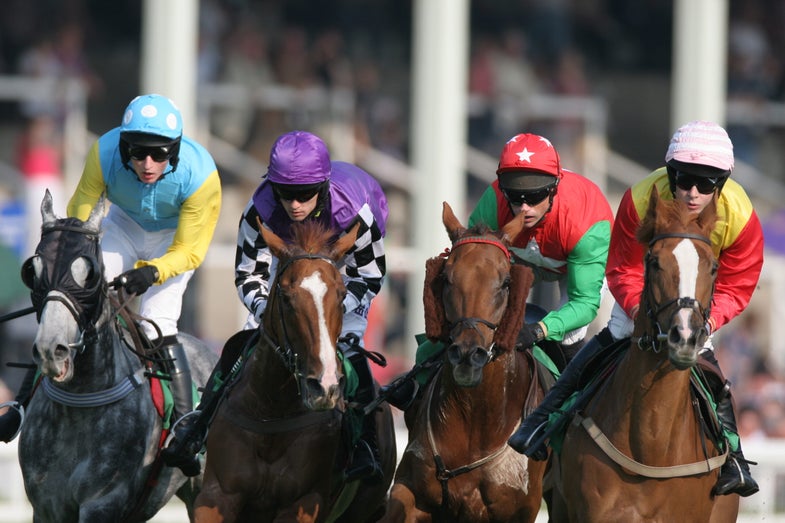 Humans have been racing horses, and watching horse races, for thousands of years. How has horse racing changed over that time? The horses got faster, as we observed in this infographic. And although previous studies suggested that horses had reached their limit on speed, it looks like there’s hope for a faster-paced future in horse racing. A study published today in Biology Letters finds that racehorses are still getting speedier.

Britain, which has a long history of horse racing, has detailed records of all the horse races run on British soil since 1850. By comparing the winning times of all elite races from 1850 to 2012, researchers found that overall, horses have gotten as much as a second faster over short distances since 1975. (When a race is only three-quarters of a mile long, every second counts.) But on longer races, the horses’ times have stayed about the same.

“My hunch is that we are seeing a genetic change, with breeders focusing on speed rather than endurance,” author of the study Patrick Sharman told BBC News. “I don’t believe that over the longer distances horses have reached their limit.”