How To Make A Light, But Strong, Pickup Truck 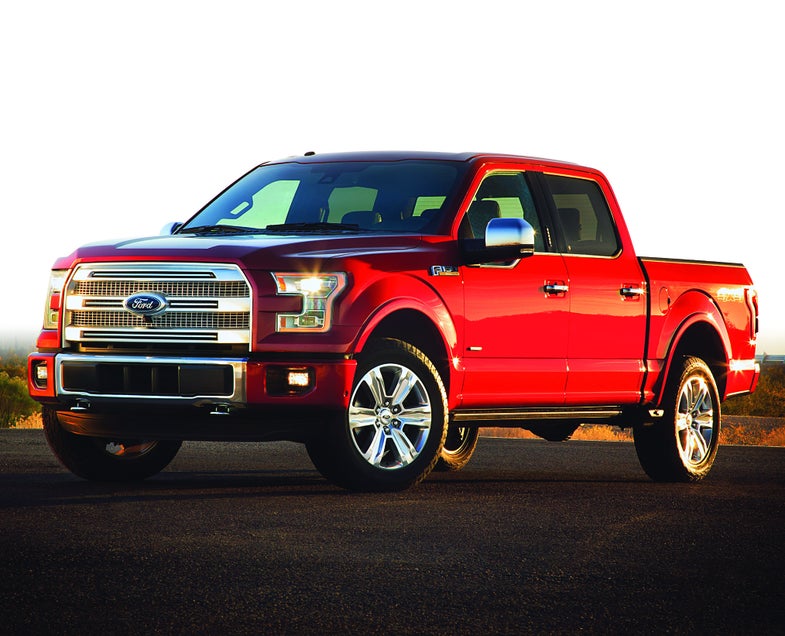 Ford introduces the all-new Ford F-150, the reinvention of America's favorite truck. It is the toughest, smartest and most capable F-150 ever -- setting the standard for the future of trucks.
SHARE

When auto engineers want to improve fuel economy, they shave spare ounces wherever they can—engines, seats, even nuts and bolts. But that nickel-and-dime approach only goes so far. For burly vehicles like pickups, they need to go for the body. That’s the thinking behind Ford’s new F-150, which trades a steel body for an aluminum one.

Aluminum is typically seen as a weak metal (thanks, soda cans), but Ford engineers use a particular alloy that performs as well as steel. When heat-treated, it actually gains strength. The underlying frame is still made from high-strength steel, so the truck is tough enough to haul and tow heavy loads—even though it’s about 700 pounds lighter than its predecessor. The design should do plenty to boost fuel economy, though we’ll have to wait for road tests later this year to be sure by how much.