The PC Attempts A Makeover, And A New Marketing Strategy

The science behind the "PC Does What?!" campaign 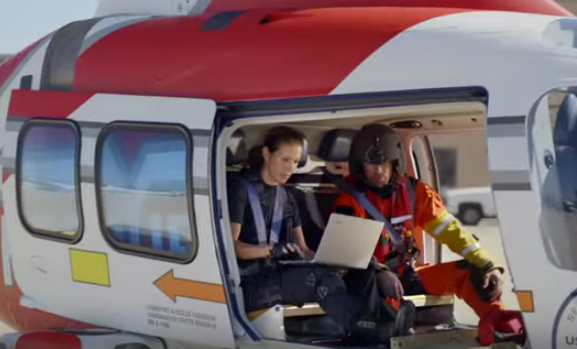 This week the PC industry launched a splashy $70 million ad campaign promoting its new generation of personal computers. These aren’t the tired old PCs you’re used to, the ads convey. These PCs are cool, with thinner-than-ever bodies, 360-degree flip screens, bezel-less displays, and graphics to suit all your gaming needs. “PC does WHAAAT?!” is the campaign’s slogan, in suggestion that we should all be very surprised at just how cool these new PCs are.

Right away the campaign comes across as a little desperate and forced—like the PC industry is trying to rise above the clumsy, square persona that’s been foisted on it (remember the “Get a Mac” campaign featuring Justin Long vs. John Hodgman?), but maybe it’s overcompensating a little too hard.

Then, on closer inspection, another thing seems peculiar about these ads—they’re not just from one company. They’re actually a joint effort from Microsoft, Intel, Dell, HP, and Lenovo—five big companies that sometimes spend a lot of resources to compete against one another. So what’s the logic here? (And does all that manpower make the campaign smell even more desperate?) Popular Science reached out to a couple of experts to find out.

According to Wesley Hartmann, a marketing professor at Stanford, there are two general ways to approach advertising. One is to try to steal shares from your competitor. The other is to grow the category that your product belongs to.

We might typically think of PC companies as engaging in the first approach. “That’s why it seems odd to us that they would be collaborating,” said Hartmann. “It goes against our idea that they’re trying to steal shares from one another.”

But in the case of this new ad campaign, which aligns with Hartmann’s second approach, shared messaging could expand the overall market for PCs—one that has suffered both from Apple’s encroaching dominance over laptop and desktop computer markets, as well as from a general shift away from personal computers towards devices like smartphones, e-readers, and tablets.

Along with growing the overall PC market, a joint advertising campaign can help prevent a type of stalemate that often arises among competitors, according to Michael Sinkinson, a business economics professor at Wharton. “Joining up with your rivals to advertise together overcomes a classic problem in advertising called the spillover effect,” he said.

The spillover effect refers to when advertising from one company spills over and enhances sales for that company’s competitors. Let’s say you see a commercial from a Toyota dealership in Los Angeles. The ad might sell you on the merits of a Toyota, but when it comes time for buying a car, you end up going to a different Toyota dealership in L.A. Much to the misfortune of the original advertiser, the commercial ended up benefiting a rival.

To address this problem, Toyota might create a local advertising board to boost sales for all L.A. area dealers as opposed to one specific one, said Sinkinson. There are other examples too, he pointed out, such as the iconic “Got Milk?” campaign that united California milk producers in 1993 or the synchronized release of similar movies, such as with A Bug’s Life and Antz in the fall of 1998.

The spillover effect also afflicts PC markets, said Hartmann. In the case of the new PC campaign, the five companies involved are all offering slightly different products. Microsoft is selling an operating system, Intel specializes in processing, and Dell, HP, and Lenovo all produce hardware. But they all face a similar dilemma of how much to invest in improving and advertising their products relative to the other companies’ efforts.

“If Microsoft invests to create a better operating system,” said Hartmann, “that’s going to sell more of the end user product—meaning that’s going to help HP and Dell.” But that spillover might encourage HP and Dell to rely on upgrades from Microsoft to help sell their products rather than making big investments themselves.

That might explain why Microsoft, arguably the player with the most to gain in the PC world, recently decided to put out a new Surface Pro 4 tablet that competes with Apple’s new iPad Pro, Google’s upcoming Pixel C, and Samsung’s upcoming Galaxy View tablets.

“HP and Dell weren’t strong enough players to make those investments, so Microsoft did it themselves,” said Hartmann. Microsoft’s move might then pave the way for HP, Dell, or Lenovo to catch up with their own tablets—which would run on Microsoft operating systems and Intel processors.

An aligned campaign combats the pattern of certain parties freeloading off the spillovers of others, instead encouraging competitors to help each other help themselves. In forming a united front, Microsoft, Intel, Dell, HP, and Lenovo are owning up to the fact that, in the face of a shrinking market, they all stand to benefit from cooperation.

Is it possible that, say, HP could have abstained from the collaboration and still reaped some benefits at no cost? Sure. But an arrangement that holds all five players accountable for both giving and taking is “a more efficient way of promoting PCs,” said Hartmann. “They’re promoting the entire category of PCs and trying to change the whole perception of what they’re capable of. I think it’s a smart thing to do business-wise.”

As for whether the campaign will win the hearts of consumers, or simply make the PC industry seem even more out-of-touch than it already does, Hartmann said he’s “gotta leave it to customers to determine that answer.”