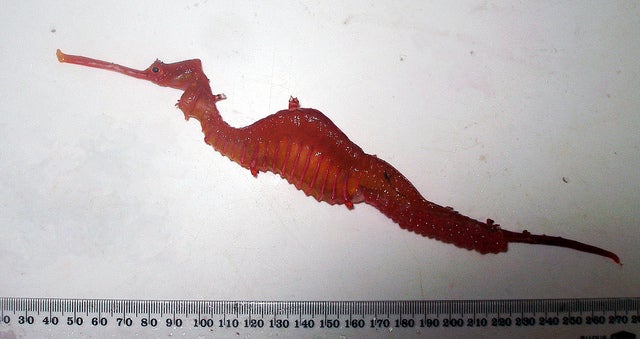 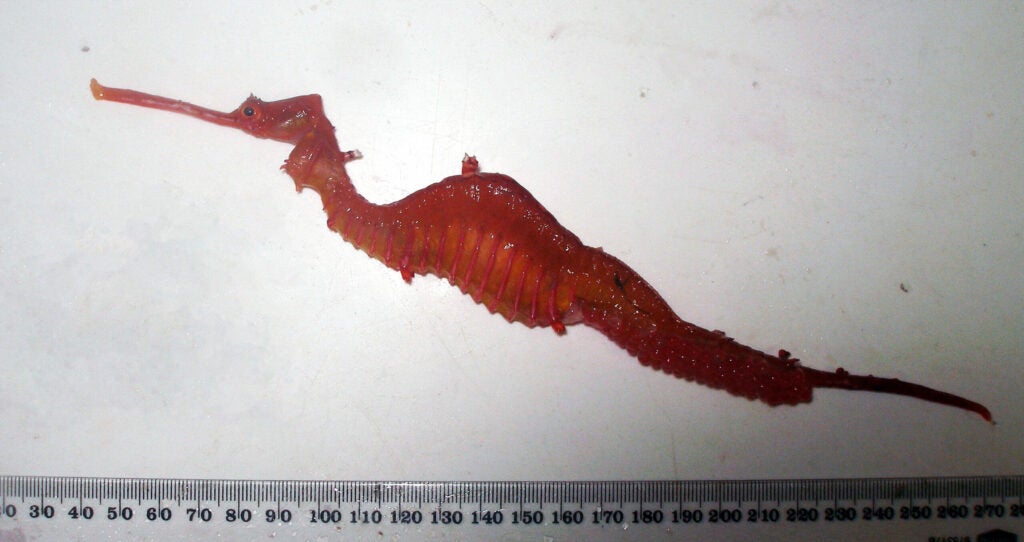 Sea horses just got a cool new cousin. Researchers have just discovered the Ruby Seadragon—which really does look like a dragon—lurking in the archives of the Western Australia Museum (WAM). The specimen’s vibrant red color sets it apart from the Common Seadragon and the somewhat freakish Leafy Seadragon. Ahoy, Phyllopteryx dewysea!

Analysis of tissue samples proved the crimson specimen is genetically distinct from other seadragons, and X-ray scans corroborated the DNA evidence.

Josefin Stiller, a grad student at the Scripps Institute of Oceanography, and some colleagues at WAM stumbled upon the Ruby Seadragon while researching the population genetics of the two known seadragon species. The first specimen was a male carrying several dozen babies. After the initial finding, the team found three other specimens in other museum archives in Australia.

Scientists think the Ruby Seadragon’s scarlet coloring acts as a camouflage in the deeper waters it probably inhabits.

Seadragons are only found off the southern coast of Australia. The Leafy Seadragon and the Common Seadragon are “near threatened” species.

3D Scan Of The Ruby Seadragon