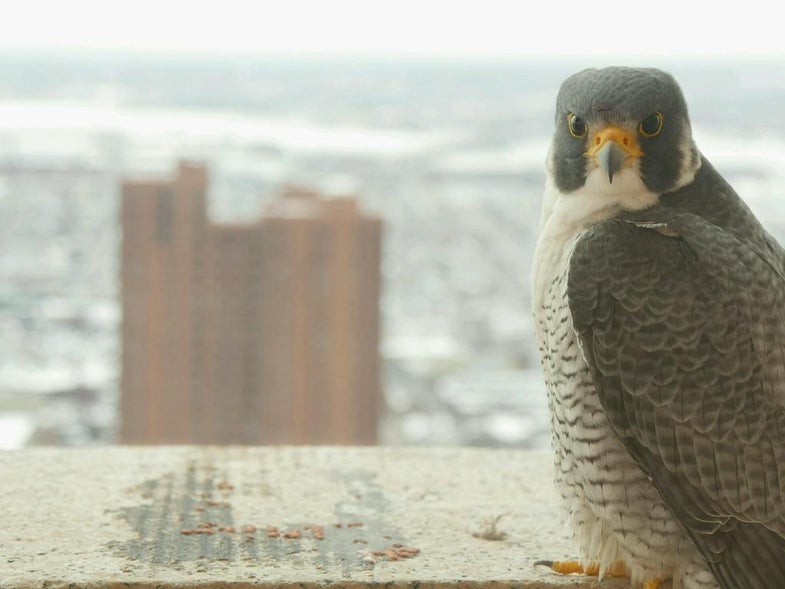 After a long, cold winter, it is finally spring, and you know what that means! Warm breezes, blooming flowers, and live webcams everywhere to capture the adorable antics of animals. One new addition to the roster is a webcam set 33 stories up, focused on a ledge of the Transamerica Building in Baltimore.

The live feed set up by the Chesapeake Conservancy shows the favored perch of the building’s peregrine falcons. The birds have made their home at the building since 1978 when a rescued peregrine named Scarlett took up residence on the ledge. Generations of falcons have made the granite perch their home ever since.

Peregrines are a conservation success story. Nearly wiped out by DDT in the mid-1900’s, their population has rebounded in recent years, back up to an estimated 140,000 around the world. They have adapted to the modern world, eschewing their natural habitats of cliffs for the edges of skyscrapers like the one in Baltimore. Their high perch allows them to make spectacular dives in pursuit of prey (namely other birds), topping out at nearly 200 miles per hour.