Cotton is a cool staple of many a summer wardrobes, but there might be even better fabric choices on the horizon.

In a paper published today in Science, researchers announced the invention of a new fabric called nanoporous polyethylene (or nanoPE for short).

The fabric has unusual roots from something so cool: plastic wrap. Yep, the kind you put on food to keep it fresh. Plastic wrap isn’t known for its breathable properties, and wearing the sheer material would be a fashion choice limited to only the most daring trendsetters. But plastic wrap does have the ability to let infrared radiation pass easily through it, something that other fabrics like cotton can’t do.

So Yi Cui, lead author of the paper, and colleagues started experimenting. They found an opaque form of polyethylene that is used in batteries, but is still able to allow infrared radiation to pass through. Then they treated it to make it porous, allowing sweat to evaporate off the skin and through the clothing.

That last part is key, because evaporating sweat is one of the natural ways that a body keeps cool in hot weather.

They ended up creating a three layer fabric that consisted of two layers of their treated polyethylene, with some cotton mesh in between to add structure. When they compared how the nanoPE did against a piece of cotton of the same thickness in a lab, they found that the nanoPE only upped the temperature by 1.4 degrees Fahrenheit, while the cotton raised the temperature of their artificial skin by over six degrees Fahrenheit.

That would make wearing a shirt made of nanoPE a lot cooler. But first, it needs to not look like this: 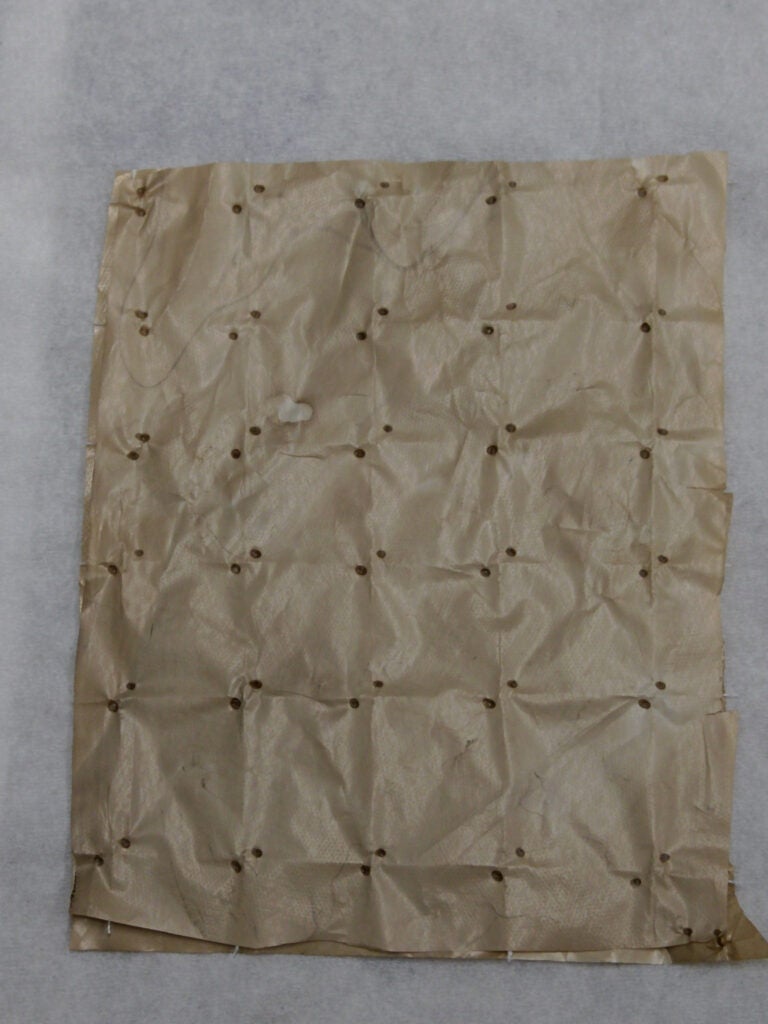 The new fabric as it currently appears.

It’s not exactly the most fashionable option out there. But the group is working on making the fabric with different textures and colors that they hope will be more appealing.

“If you want to make a textile, you have to be able to make huge volumes inexpensively,” Cui said.

If the material does catch on, then it could help people beat the heat without using massive mounts of energy for air conditioning, like New York did a few weeks ago during a heat wave.

“If you can cool the person rather than the building where they work or live, that will save energy,” Cui said.