Chomping their way through coca leaves 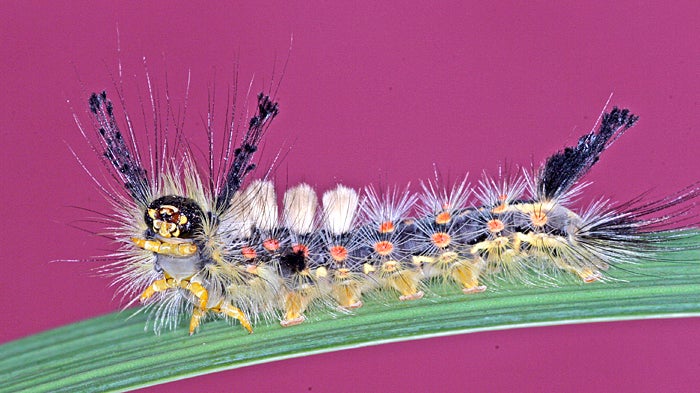 On Saturday, Colombia’s president announced that the country would stop airdropping carcinogenic herbicides to kill coca plants, the raw material for cocaine. Luckily, the head of Bogota’s Quindio Botanical Garden has a new plan: unleash a slew of coca leaf-eating moths to achieve the same goal, without the use of chemicals.

For decades Colombia has been one of the top producers of cocaine, a highly processed form of the coca plant. To quell the country’s illegal drug trade, the Colombian government (often with U.S. backing) has sprayed 4 million acres of land with the herbicide glyphosate, which the World Health Organization recently classified as a carcinogen. The government claims that more targeted efforts, such as sending in people to manually eradicate the coca plants, isn’t possible; the prevalence of terrorist groups like FARC would make that a dangerous endeavor.

Moths seem to present a better option. When it’s fully grown, Eloria Noyesi is a beige moth that looks like pretty much any other. But the females only lay their eggs on the leaves of the coca plant. When the eggs hatch, the caterpillars munch on the leaves around them, consuming up to 1.5 times their body weight. The result: Growers have no leaves left with which to make cocaine.

Though using moths to fight the cocaine trade has been suggested in the past, ecologists weren’t sure how the moths might tip the delicate balance of the ecosystems into which they would be inserted. And though experts emphasize that using moths to eat coca plants isn’t a cure-all for fixing Colombia’s drug trade, most agree that the moths present a much better option than carcinogenic chemicals. Researchers are now double-checking that the moth eats only the two types of coca plants used to make cocaine–and not more important vegetation.

No word yet on how the country would introduce these hungry critters to the environment or when the plan could go into practice.