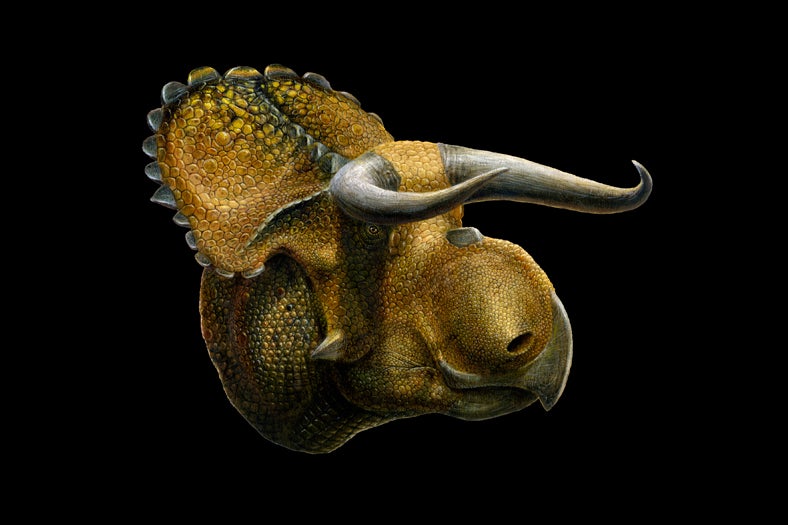 Holy cow! Scientists have announced the discovery of a new species of dinosaur, called Nasutoceratops titusi, and it’s looking a little bovine.

A University of Utah grad student discovered the first specimen in 2006 in the Grand Staircase-Escalante National Monument in the high desert of southern Utah. At 15 feet long and 2.5 tons, the quadrupedal herbivore belonged to a family called ceratopsids, a group of dinos from the Late Cretaceous period that had beaks, horns and frills, like the Triceratops.

Nasutoceratops’ unusually elongated, forward-facing horns likely served as a sign of dominance and, if necessary, weapons in the competition for mates. 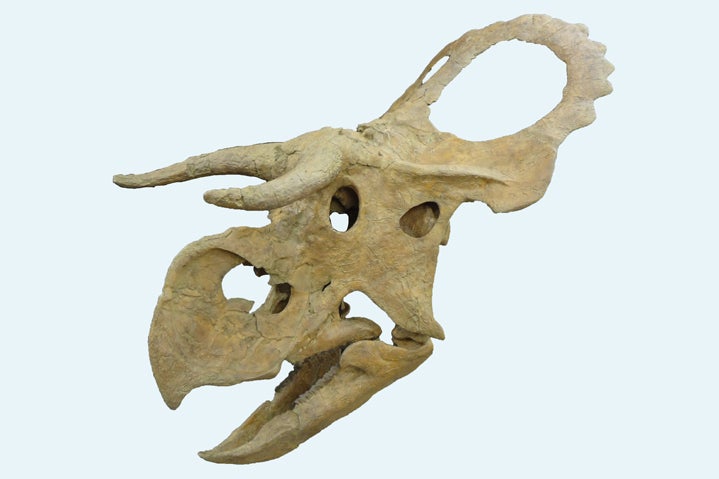 It probably wasn’t much of a sensitive sniffer, though. “The jumbo-sized schnoz of Nasutoceratops likely had nothing to do with a heightened sense of smell — since olfactory receptors occur further back in the head, adjacent to the brain — and the function of this bizarre feature remains uncertain,” explains Scott Sampson, lead author of the study announcing the discovery in Proceedings of the Royal Society B.

During the lifetime of Nasutoceratops, around 76 million years ago, what is now Grand Staircase-Escalante National Monument was a subtropical, swampy section of Laramidia, an island continent separated from the eastern part of North America by a seaway.

The site is “the last great, largely unexplored dinosaur boneyard in the lower 48 states” according to Sampson. More than a dozen dinosaurs have been dug up in the area in as many years.

Welcome to the world, big-nosed friend!