One of the new 2019 Emojis might make you physically yawn

The new batch continues the trend of inclusivity. 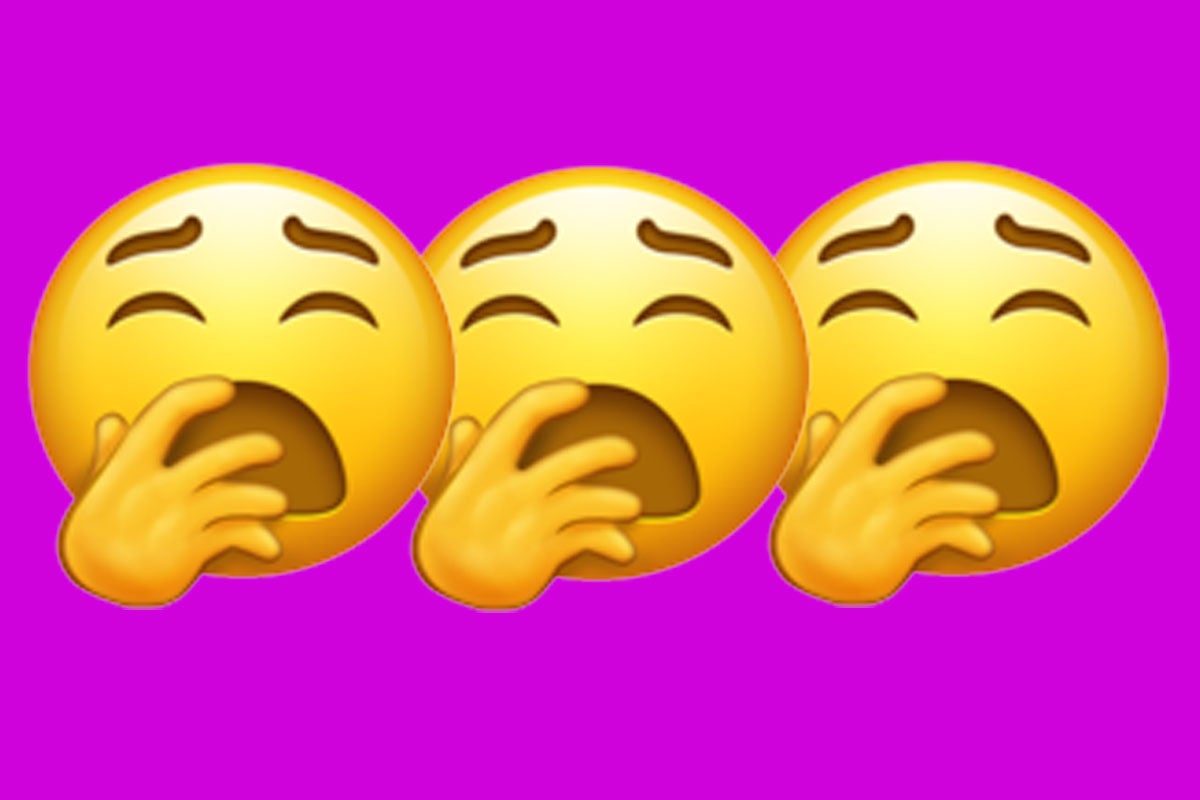 Every year, the Unicode Consortium announces a new batch of emojis for us to use when words fail us during digital communication. After all, why would you type the word “waffle,” when you can sub in an adorable cartoon picture of the pancake’s delicious cousin?

This year’s Emoji class continues the consortium’s trend of emphasizing inclusion. There are more options for same-sex couples, gender neutral cartoon people, both manual and electric wheelchairs, and prosthetic limbs—all of which make it easier for people to communicate in a way that more accurately represents them. Of course, all that’s accompanied by the expected selection of whimsical nonsense like a kite, some underpants, and an adorable sloth emoji that I will use constantly the second it’s available.

But the most-curious icon new icon depicts the act of yawning. It’s a round, yellow head that’s attempting to cover its open mouth. I have been yawning in real life every time I look at its rotund little face. Maybe I’m not alone?

There has been a lot of research into just what makes yawning such a contagious phenomenon. The variables range from a person’s ability to feel empathy, to their intelligence or even the time of day. These tests typically involve showing subjects videos of other people yawning, which is removed from real life but still uses the image of a human—not a yellow ball head cartoon man.

I’m not alone in my ability to catch a yawn from an Emoji, either. At least two other PopSci editors suffered the same result upon seeing that tired little fellow.

Since the underlying factors for yawn contagion aren’t entirely clear, I’m not sure if it will have the same effect every time I see it. But, then again, I might not be the most susceptible. Research shows that younger people are more likely to yawn contagiously on a regular basis. And if you’re susceptible to yawn contagion, it could mean you have an excitable motor cortex.

Once you’re done yawning, you can watch the video above to see the rest of the 2019 Emoji class before they roll out to your devices this year, or click over to the Emojipedia page. Then, maybe get some sleep.