Reading this headline might make you yawn. Here’s why.

The answer might actually help us treat some neurological diseases. 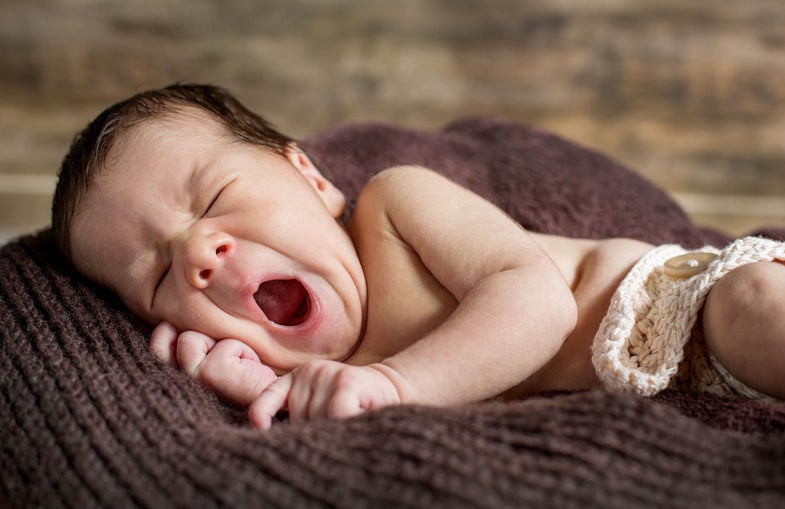 If you want to keep someone from yawning, telling them not to isn’t particularly effective, according to a study released today in the journal Current Biology. The researchers sought to better understand why so many of us yawn in response to others doing so, a phenomenon known as contagious yawning. Humans aren’t the only animals to participate in this odd practice. Monkeys, chimpanzees, and even dogs will often yawn if they see—or even hear—someone else doing it.

To suss out why, researchers exposed a group of 36 adults to the ultimate contagion: videos of people yawning. In an incredibly meta experiment, the study participants were recorded watching video recordings of people yawning, to see how often they themselves yawned. The participants were shown the video in alternate blocks, where they were either told to yawn whenever the urge struck or instructed to avoid it at all costs.

According to lead author Stephen Jackson, a neuropsychology researcher at the University Nottingham, the team figured that people would be able to restrain themselves—at least to some extent. But being told not to yawn didn’t actually make subjects yawn any less frequently. The instructions changed people’s perceived need to yawn, and the way the yawns were expressed—people told not to yawn tended to stifle them. But the overall number of yawns remained constant. This suggests that contagious yawning isn’t wholly within our control.

While each subject yawned roughly the same number of times no matter their instructions, there was some variability between subjects: some people yawned more than others. To understand why this variability exists, the researchers exposed patients to the yawning video yet again, with the same split instructions. But this time they attached each subject to a Transcranial Magnetic Stimulation (TMS) device, a machine that uses magnetic waves to measure what’s known as motor cortical excitability.

Motor cortical excitability is a measure of how easily neurons fire—how quickly the cells send signals across the brain—and prompt us into actions like yawning. Some people have brains that are very excitable: If the brains were playing baseball, they’d already be on third base ready to run home. Other people have brains that are less excitable, resting comfortably in the dugout until they’re told it’s time to get at bat. It’ll take a lot more energy to bring them around the diamond and back home. It turns out that people with more excitable motor cortexes tend to yawn more frequently.

It makes sense that having a more impulsive brain would make something instinctive and involuntary happen more easily, even if it’s still not totally clear why we have the contagious impulse in the first place. But Jackson thinks that the implications go far beyond learning how not to yawn when you’re in a dull meeting. That’s because evidence suggests that the same part of the brain responsible for our involuntary yawning is also involved in some nervous system disorders like Tourette’s, where people make involuntary, repetitive movements or unintentional sounds collectively known as tics.

Jackson thinks that in the long run, gaining better insight into why we yawn—and how these electrical signals give rise to involuntary behaviors—might help us develop new treatments to tackle disorders like Tourette’s, Attention Deficit and Hyperactivity Disorder, and perhaps even schizophrenia.