Screws Made From Silk Could Be Used In Surgical Implants 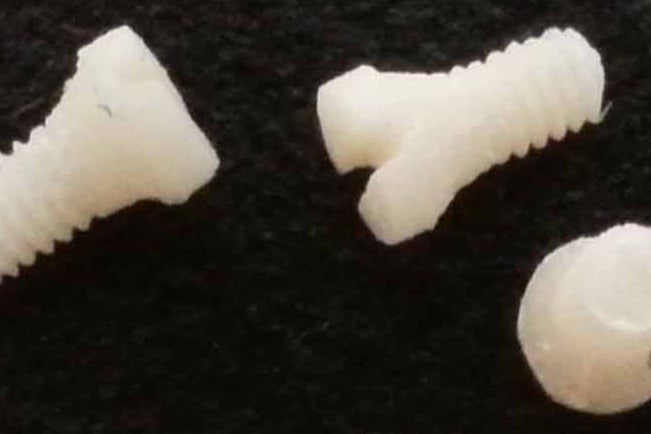 We’ve mentioned this before, but one of the coolest candidates for Material of the Future is silk. It’s insanely tough, and in the human body, doesn’t put the same strain on tissue that metal does. It can also harmlessly degrade in the body over time, which it makes it handy for use in medical devices.

In a study run by Tufts University researchers, a team harvested silk from silkworm cocoons and used it to make plates and screws. They recently tested the materials in six rats and, after four to eight weeks, the silk had dissolved. Next up: the silk screws and plates could be used to mend broken bones in humans, then allow the silk to melt away, rather than requiring another surgery for removal. The researchers want to use the technique to treat face injuries at first, then expand to other broken bones.

They aren’t the first to toy with this idea; other researchers have suggested implants like this could come to humans by 2030. So just don’t break anything until then, and you’re good.