First Successful Regeneration Of An Organ In A Mammal

A chemical trigger regrows the thymus of a living mouse 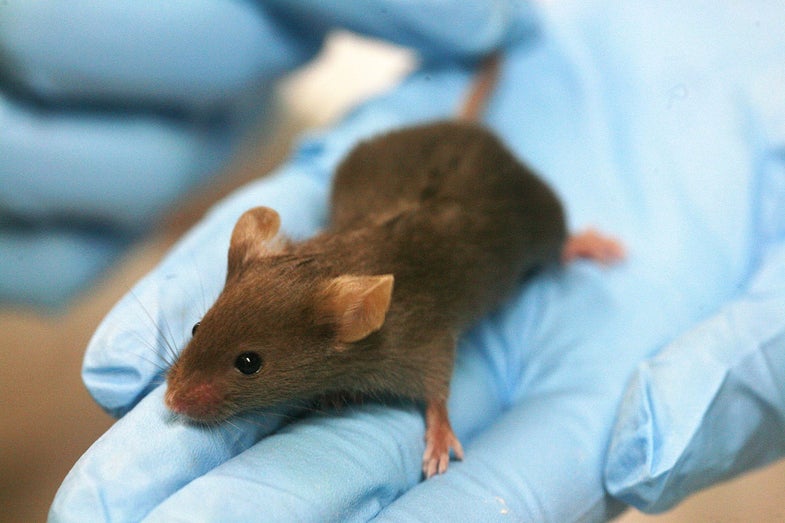 Oh, to be a mouse. You’d have been cured of every conceivable cancer and now, you’d have something of a fountain of youth, too, at least for your thymus. A team of researchers has gotten immune-system organs called thymuses in mice to grow, The Economist reports. After the researchers’ treatment, the mice’s thymuses grew more than twice as large. The thymuses, which normally change in structure and become less efficient as animals age, also returned to a more youthful structure.

This is the first time anybody has been able to get a working organ in a mammal to rejuvenate itself, The Economist reports. It’s a step forward for this particular method organ regeneration. Of course, many labs have grown artificial organs in different ways. We’ve covered everything from a trachea, made from the patient’s own stem cells, to 3-D printed organs. Some of these, such as the trachea, have already been used in people.

In contrast, the thymus-growing method didn’t require any cells. Instead, it relied on a chemical trigger to make the thymuses grow. However, because the trigger only worked in mice that had been genetically engineered to be receptive to the trigger, the study is only a demonstration that getting organs to grow is possible. It will still take many years to figure out how exactly to trigger similar growth in humans.

A team of three regenerative medicine researchers at the University of Edinburgh published the mouse-thymus work this month in the scientific journal Development.