Each equipped with $48,000 worth of GPS components, electronic maps, and wearable computers, troops of the Army’s 5th Brigade, 2nd... 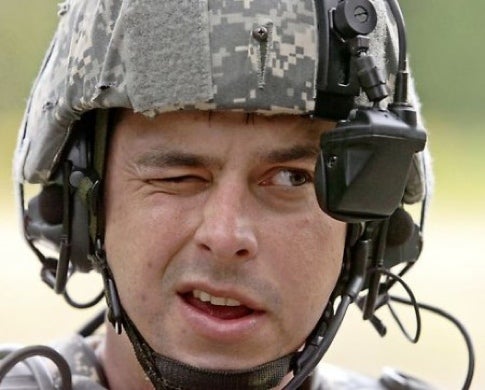 Each equipped with $48,000 worth of GPS components, electronic maps, and wearable computers, troops of the Army’s 5th Brigade, 2nd Infantry Division are heading to Afghanistan as part of the resurrected Land Warrior program. The Army is hoping the revised, eight-pound set of gear will be more beneficial than when the $500 million program was canceled in 2006.

As the latest futuristic military program to be made real, Land Warrior gear will allow troops to identify comrades and enemies on the battlefield, receive updated objectives, locate buildings and find the nearest exit–all through a head-mounted eyepiece.

This is the long-awaited realization of the Army’s 15 year plus program to help out troops who were previously buying their own walkie-talkies and GPS units to stay in contact with their team.

The problem is, not everyone finds it helpful.

Troops say the technology is more helpful in urban areas such as Iraq, where (presumably), it’s easier to become separated from the pack. But in rural Afghanistan, some troops feel carrying the extra 8 pounds around just isn’t worth it. I guess Land Warrior’s value will be assessed soon enough.