The long-awaited robot-led holocaust may happen any day now. That seems to be the finding of a secret conference of... 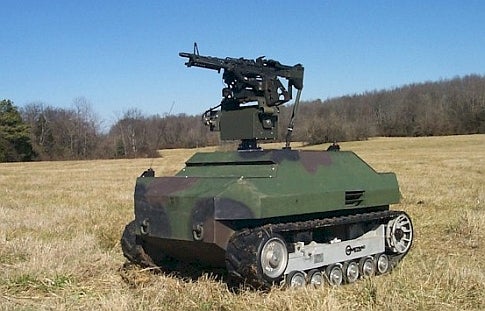 The long-awaited robot-led holocaust may happen any day now. That seems to be the finding of a secret conference of the world’s top computer scientists, roboticists, and artificial intelligence researchers. The clandestine meeting focused on topics surrounding advancements in robotics and how they could quickly spiral out of human control. This includes the danger that robots could autonomously kill humans — a danger than conference participants believe may already exist.

The New York Times is the first to report on the secret conference, which was held in February and organized by Eric Horvitz, Microsoft researcher and president of the Association for the Advancement of Artificial Intelligence. The purpose of the meeting was to discuss the increased integration of robots in everyday life, and the ethical concerns of their future development. “Technologists are replacing religion, and their ideas are resonating in some ways with the same idea of the Rapture,” according to Horvitz.

The regular use of unmanned Predator drones to do our bombing and robots developed to increasingly resemble human traits might have some dangerous implications if left unchecked. With the rush of advancements in artificial intelligence, scientists worry that we may be approaching, faster than we realize, the point at which robots begin to operate without human direction. And while robots have accidentally killed humans before, if one of our weaponized robots were to become autonomous, the results could be disastrous.

The committee discussed not only robots’ impact on the lives of humans, but also their potential effect on the planet. Bill Joy, co-founder of Sun Microsystems, has previously expressed the concern, “An immediate consequence of obtaining the great power of nanotechnology is that we run a grave risk that we might destroy the biosphere on which all life depends.”

However, not everyone was all gloom and doom. Raymond Kurzweil, a noted futurist, is well known to have a rosier view of integrated technology. While not in attendance, Kurzweil is known to extol the belief that robots and other technology will vastly improve and extend our lives.

Since robots can be created to do just about anything harder, better, faster, and stronger than a human, there might be reason to fear the worst, just in case. The end result of the conference was to try and set up a series of guidelines that would help shape future research in hopes of preventing the most dire predictions. Whether or not these guidelines will simply be a variation on Asimov’s Three Laws will be seen once the findings are published later this year. Let’s just hope it’s not too late.

[via the New York Times]