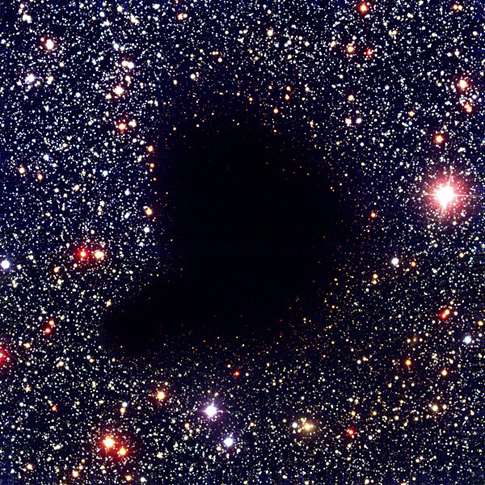 For decades, astronomers have known that the vast regions of intergalactic gas and dust known as nebulae served as the womb of stars. They theorized that under the relentless pull of gravity, the gas of a nebula condenses until critical mass ignites the gas and sparks the birth of a new sun. But while that theory explained the general genesis of stars, no one ventured a guess at which nebula would become a new star when.

Now, through supercomputer calculations serving as a cosmic pregnancy test, two astrophysicists have predicted that the nebula Barnard 68 (B68) will inevitably give birth to a star sometime in the next 200,000 years.

Their paper, published in the Astrophysical Journal details how the collision of B68 with another cloud of galactic gas will push the mass over the tipping point. Right now, B68 had around twice the mass of our sun. But in the next 200,000 years, a smaller blob of gas will slam into B68 at the speed of over 1,200 feet per second.

According to the researchers’ calculations, that collision will create the extreme density needed to initiate the fusion reaction that will set B68 ablaze, and transform a diffuse mass into a luminous star larger than our sun.

Right now, we can’t see B68 as it is a “dark nebula” that blocks out, rather than reflects, the light of nearby stars. However, if these new calculations hold true, B68 won’t stay in the dark for much longer.