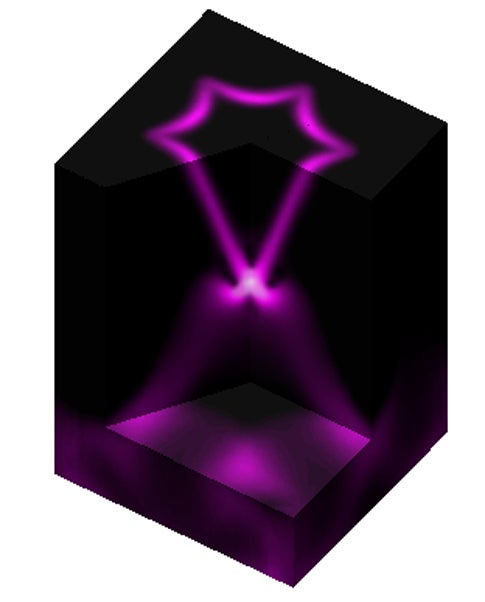 Bismuth Telluride Valley doesn’t quite have the same ring to it, but a new discovery may mean the end of silicon chips. After decades of using Bi2Te3 for its thermoelectric properties, researchers have discovered new properties of the material that paves the way for bismuth telluride chips constructed to power quantum computers.

Writing in Science Express, researchers from SLAC National Accelerator Laboratory and Stanford University detail how they created a new form of bismuth telluride that allows electrons on the surface of the material to act like photons, travel with no loss of energy, and maintain specific spins for an indefinite period of time. Those properties make the new form of bismuth telluride an ideal semiconductor for quantum computer chips.

“This material has three unique properties,” said Yulin Chen, a Stanford physicist and co-author of the paper, “and those properties allow us to make low-energy spintronic devices that could be a successor to silicon.”

Spintronic devices use the spin, rather than the charge, of materials to store information. This forms the basis of quantum computing, an as-yet-unrealized technology where computers exploit uncertainty on the quantum scale to produce super-powerful computers. So far, monetary and energy costs have significantly complicated the process of developing quantum computers, two hurdles this new discovery may help clear.

The innovation noted in the paper came about when Chen and his colleagues altered the properties of a section of bismuth telluride. Normally, the material is either a homogeneous conductor or a homogeneous insulator. In this case, the researchers created a hybrid form where the skin of the material remains a conductor while the center of the material becomes an insulator. This heterogeneous compound forces electrons to the surface, and keeps them there at almost no energetic cost. This new arrangement allows the electrons to move around without causing the material to emit any heat, and even causes the electrons to behave like mass-less particles of light.

“This is very striking,” said Chen. “How can something with mass behave like a photon?”

Even though Chen can’t fully explain how the properties came about, he and his team were able to show that those properties make bismuth telluride the go-to material for the next generation of super-powerful computer chips.