Based on the first teaser trailer 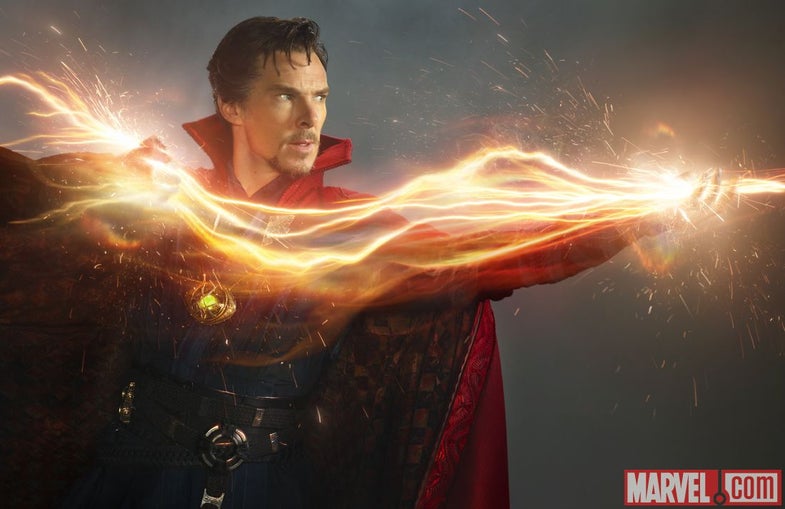 Doctor Strange, a brilliant surgeon turned transdimensional Sorcerer Supreme, is one of the more obscure Marvel comics characters. I say this as someone who regularly kept comic books in clear plastic sleeves to avoid damaging them. But since the Marvel Cinematic Universe machine can apparently do no wrong, we’re getting a Doctor Strange movie starring perennial nerd crush Benedict Cumberbatch (Sherlock and Alan Turing in Imitation Game) on November 4 of the Great Year of 2016.

The first teaser trailer, which dropped this morning, gives us a sense this will be mostly a Doc Strange origin story, and looks like a combination of Inception and The Matrix, with Strange training with Tilda Swinton’s guru character, and trippy scenes of the Manhattan skyline fracturing and folding over itself. Even with these glaring similarities to previous films, I actually think it looks pretty sick, in the skateboarding/extreme sports positive exaltation sense of the term. And how many movies do we get where a badass doctor is the main character? Not enough, if you ask me.