Finn and Rey will awaken the force later this week 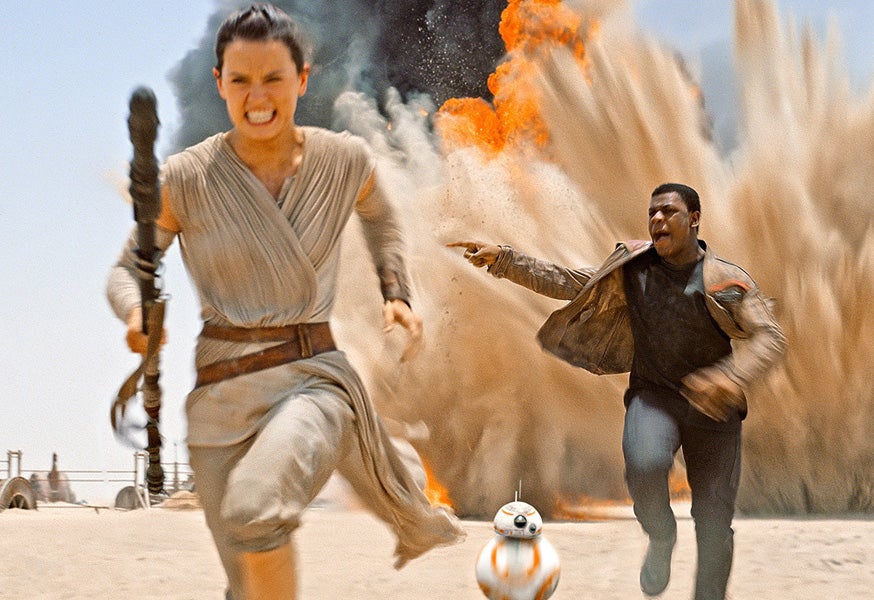 Star Wars Episode 7: The Force Awakens will arrive on Amazon Prime this month. According to Business Insider, the streaming video rival to Netflix and Hulu will see Disney’s revival of the space-epic come to its service.

(We’ve contacted Amazon to confirm and are awaiting a response from the company. Update Star Wars Episode 7: The Force Awakens will be available to rent or purchase, not stream for free if you’re a Prime subscriber.)

Starting April 1, fans of the Star Wars series can watch the latest installment–just four months after The Force Awakens first premiered. Business Insider mentions that Amazon users will be able to buy or rent the title from Amazon’s service. Though we could see the service make Star Wars Episode 7 available to stream as well. Those wanting to stream the Star Wars series in the past on similar sites likely ran into trouble. Episodes 1 through 6 of the movie franchise were available, not on Netflix or Hulu, but to buy on places like iTunes to purchase for $19.99.

Reviews of the seventh major Star Wars film were glowing, including from those of us at PopSci who watched. While the addition of Star Wars 7 marks a win for Amazon subscribers, it’s a huge loss for competing streaming services like Netflix. In addition to the free shipping and unlimited photo storage Prime nets Amazon users, being one of the only places users can watch the movie could very likely bring many cordcutters over to Jeff Bezos’s service–if they aren’t using it already. And features like downloading video for offline playback only sweeten the deal.

Give me Amazon Prime

The inclusion of Star Wars Episode 7 could be a huge boon for Amazon Prime. And is a strong blow against Netflix. For now, at least.

Amazon Prime may have Netflix beat out currently in regards to content set in a galaxy far, far away. But that may be temporary. We could see the popular streaming site strike a deal with Disney to get other Star Wars content on their service, without having to pay for Star Wars outside the cost of a streaming subscription. With the animated series Star Wars: The Clone Wars and the animated movie of the same name both living on Netflix, the service is no stranger to hosting visuals that tell the Skywalker story already. And with movies and T.V. shows being swapped out all the time, Episode 7 could make its way to Netflix eventually. Until then, Amazon users can get ready to shell out some funds to gain access to The Force Awakens in their homes, and hold their breath that it officially comes to the company’s streaming option.