More Evidence That Comets Could Have Nurtured Life On Earth 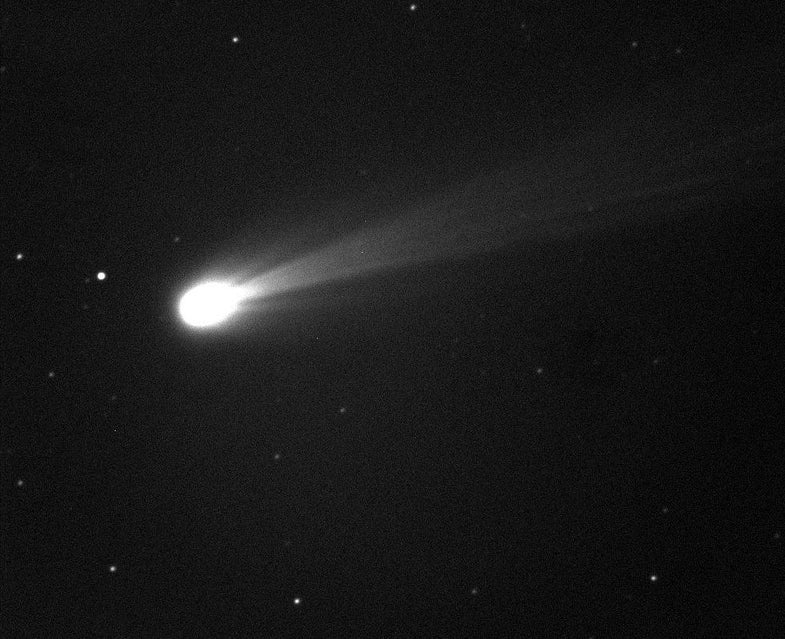 Large-scale impacts usually result in mass extinctions instead of new life, but evidence is mounting that comet impacts at least had the potential to midwife along early life on Earth.

A recent study published in Geochimica et Cosmochimica Acta found more evidence in the Sudbury Basin, an impact crater in Canada. There, researchers examined sediments deposited relatively soon after the impact, and found that increased carbon levels in the rocks soon after the impact were evidence that microbial life may have thrived in the carter after it smashed into the Earth.

Just to be clear, this doesn’t mean that the Sudbury Basin is where life originated on Earth. For one thing, the crash happened just 1.8 billion years ago, long after life had already gotten it’s start on Earth. But the research shows that comets could have provided oases on an early Earth, where conditions were perfect for life to form and thrive.

Previous research showed that extreme heat created by a comet or meteorite slamming into Earth, combined with an influx of seawater, was capable of creating hydrothermal vents, like the ones oceanographers see today on the seafloor. The intense heat of these systems, combined with the right kind of chemicals may have created the right conditions for life to form, while the bowl-like depression of the crater kept the water inside protected, allowing that life to thrive without being exposed to the harsh conditions of our nascent planet.

But wait, there’s more. Computer simulations by other scientific groups have also reached the conclusion that comets could have helped create life on Earth, while studies by geochemists have shown that the chemicals carried by an icy comet are some of the key ingredients of life.

While there is no time machine that would allow researchers to journey back in time over 4 billion years and pinpoint the first life on Earth, studies like this, and ones of comets, like the current Rosetta mission, could help us peer back into our own origin story.