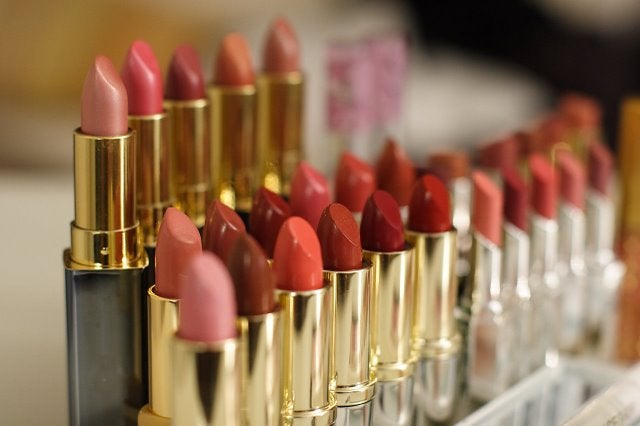 In old movies and crime drama TV shows, the femme fatale’s lipstick is a key piece of evidence to solve the crime. But Brian Bellott, a chemistry professor at Western Illinois University, knew that in the real world, it’s not quite that easy. It’s surprisingly difficult to identify a particular brand of lipstick because of what it’s made of, and even when it’s possible, lab tests take a while. Now Bellott and his team have created a simpler, cheaper process to test lipstick. The researchers presented their work today at a conference of the American Chemical Society in San Diego.

To get its distinct texture and glossiness, lipstick contains oils, waxes, and preservatives, along with small amounts of heavy metals. Every lipstick has two or three components that make it distinct from others, Bellott says, but to figure out what they are, scientists first need to strip away the oils and waxes. So the first two steps of the process use an organic solvent to do so.

Then, the researchers analyzed the remaining lipstick by separating out its different constituents. They tried several analytical methods using tools found commonly in labs, but they found the best results with a technique called gas chromatography, in which the various ingredients each have a unique signature as they’re turned into vapor. Using this technique, the researchers made a library of the signatures of 40 different types of lipstick. If scientists use gas chromatography to analyze a lipstick lifted from a crime scene, the researchers figure, they can match it to a brand already in the database. The detective on the case can then see if the suspect uses that particular brand of lipstick.

In many cases, lipstick brand and color isn’t a damning piece of evidence—lots of people can own the same type of lipstick, and there are lots of reasons why lipstick might end up in a particular place. Still, every little bit of evidence helps when detectives are trying to solve a crime.

The researchers claim that their technique is cheaper than other types of lipstick analysis because many labs are already equipped to perform gas chromatography, and scientists don’t require any special training to do it. But their method is more destructive to pieces of evidence than another type of lipstick analysis that uses Raman spectroscopy, which can even process samples without contaminating them or removing them from their evidence bags.

Having more techniques to analyze evidence can only help law enforcement officials. The researchers will continue to conduct the chemical analyses and plan to keep adding to their database of lipstick signatures.