Behold, A BB-8 Made Of Legos 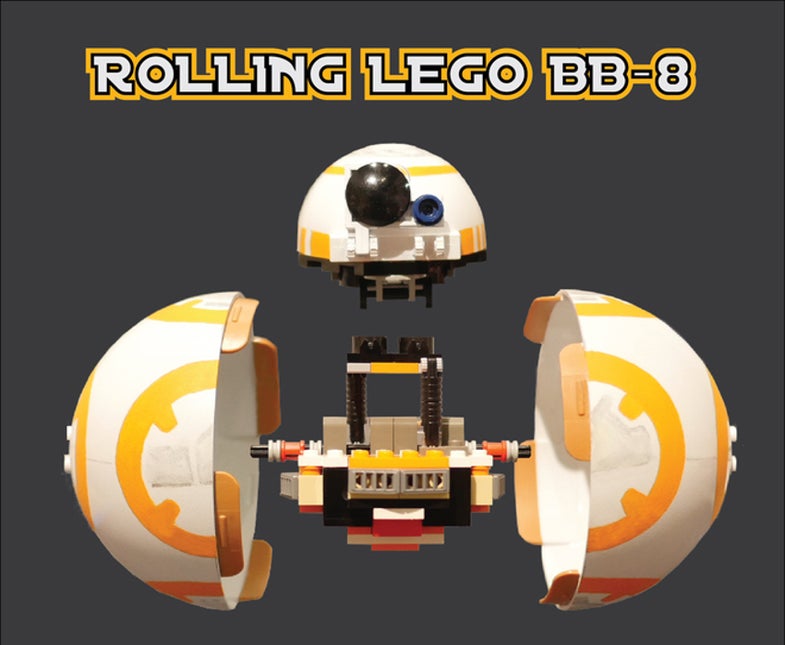 Fans have created a Lego version of BB-8, and set it off on its first step to becoming a real kit people can buy. Using Lego Ideas, a tool for fans to submit designs for their favorite brand of interlocking plastic bricks, designers Mark Smiley and the mysterious Artbot 138 submitted their scheme for an all-brick version of the rolling droid, plus a stand it can roll on.

It’s manually powered, but the design uses Lego magnets to hold the head on the body, and even includes attachments for BB-8’s electric zapper and thumbs-up torch. From here, the project has almost a full year to get 10,000 people signed on to support it, at which point the design is sent to LEGO designers for them to review. It has more than 1,000 supporters already. If they get enough votes, and if Lego likes the design, it could go from hobbyist creation to actual purchasable kit. Not bad for a lost little robot rolling around Jakku.