Making their devices even less contagious than before 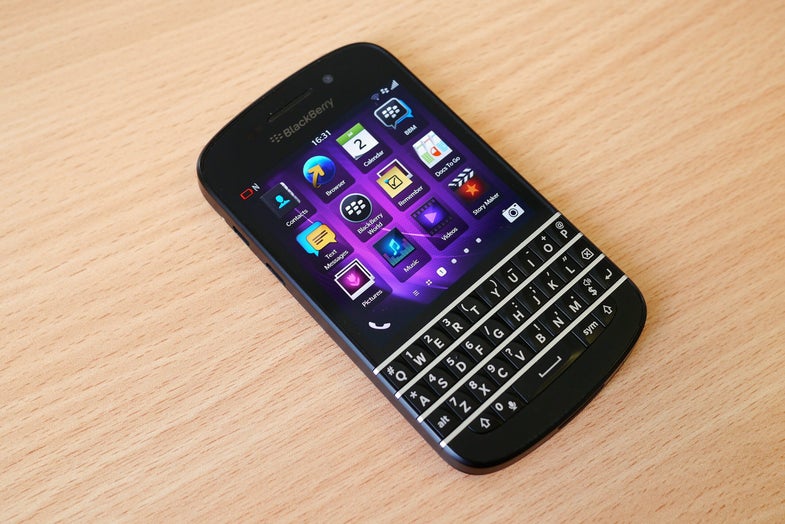 You might have thought that BlackBerrys went out of style with the advent of the touch screen, but the company is making a bold move to put their devices back in the limelight. Well, in hospitals at least—BlackBerry announced that it might be in the market to make antimicrobial cell phones for health care workers, Bloomberg reports.

We don’t usually think about how much bacteria is lying in wait on our cell phones. But it turns out there’s a lot—one study from last year found over 7,000 types of bacteria on 51 cell phones, and individuals often have unique microbial fingerprints on their devices. And this can change throughout the day as you check your phone over a hundred times, transmitting bacteria from the last thing you touched in each instance.

For the average person, having a bacterial cornucopia on your phone probably isn’t that big a deal. But in a hospital, bacterial transmission is a huge problem. Antibiotic-resistant bacteria, which are on the rise, can infect patients with immune systems that are already compromised; hospital-acquired infection is one of the leading causes of death in hospitals. If a doctor is checking her phone in the room of an infected patient, then goes to check on another patient with a compromised immune system, she might have unwittingly transmitted the infection. Current hygiene standards require physicians to wipe down their phones with alcohol before leaving each patient’s room, but no one is certain that these alcohol wipes are as effective as they need to be.

Blackberry is testing a clinical alerts pilot project in a hospital outside Toronto to see if there is demand for an antibacterial cell phone. But if the demand is there, it looks like the company is game: “Health-care workers have to be worried about one less thing to wipe down,” BlackBerry CEO John Chen said in a press conference. So far the company has not released any details about how exactly the phones would ward off bacteria.