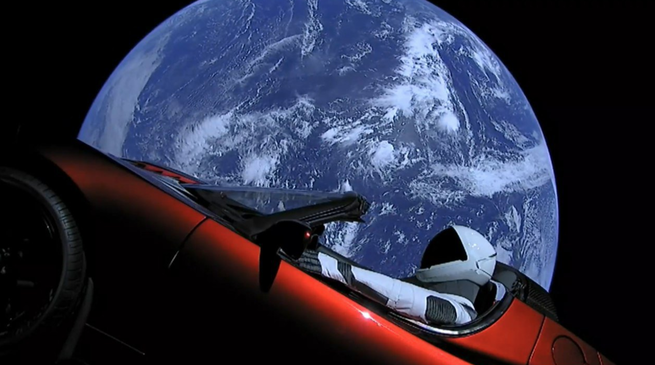 By now, I thought my super-smart AI butler would be able to write this year-end tech news roundup while I chill out and play Fortnite in the back seat of a self-driving car on its way to the sparkling new Amazon City, USA. That didn’t pan out, however, so we went and did it the hard way. Here’s a look at the year’s big tech stories.

Most of us first heard about Cambridge Analytica in March of 2018, which is when Facebook’s biggest troubles began for the year. The political data firm had collected information on tens of millions of users by exploiting the old rules of the network’s app platform. Since then, Mark Zuckerberg starred in a very tedious Congressional testimony and several more substantial data privacy issues have popped up. With all of that going on, the company also released its new Portal devices, which have a microphone and a camera and sit in your house.

Lots of companies gave away your personal information

Facebook wasn’t the only game in town if you wanted your sensitive personal data strewn about like clearance holiday tinsel in the clearance aisle on December 26th. The most troubling hack was of credit agency, Equifax, which included some users’ social security numbers. Other big hits this year included Marriott’s hack, which affected 500 million people, MyFitness Pal, which affected 150 million, and Quora, which exposed information about 100 million users. All told, this year was a good reminder that most of our information has probably already been leaked by one company or another.

Cryptocurrency broke a lot of hearts

This time last year, cryptocurrency Bitcoin was dancing around the astounding price of $20,000. The rapid growth sparked a buying frenzy that lasted into the early parts of 2018. Then the metaphorical wheels fell off. The price sits around $3,700 for the moment, but it could be $3 or $30,000 depending on when you read this.

GDPR made the internet different

Back in April, the European Union’s General Data Protection Regulation went into place and imposed a sweeping set of privacy rules that affected users around the world, not just in the EU. It’s the reason your inbox blew up earlier this year with notifications about privacy policy changes and terms of service adjustments. So far the U.S. has taken a much more piecemeal approach to the issue, and don’t expect that to change much through 2019.

I wasn’t expecting to watch very much C-SPAN in 2018, but the year was a veritable parade of tech CEOs and executives flying their golden helicopters to Washington so they could testify in front of various Congressional committees. At the end of it all, we didn’t really get much information out of any of them, mostly because the questions from Congress members typically read like a hyper-political version of Yahoo! Answers

Apple said it will stop disclosing how many gadgets it sells

During an earnings call in November, Apple disclosed that it sold fewer phones, but made more money due to their higher unit prices. During that same call, Apple announced that the company would no longer reveal specific sales numbers for iPhones, iPads, or Macs, which did not sit well with the financial crowd. Since then, Apple has taken a beating in the stock market (due to a variety of factors, including potential tariffs), putting a firm stop on the serious growth it had been enjoying since 2016.

The screen notch took over smartphones

It was Andy Rubin’s ill-fated Essential Phone that first introduced us to the idea of a notch—a place for sensors like front-facing cameras— cut into an otherwise edge-to-edge screen on the front of a smartphone, but it was the iPhone X that really kicked the trend into overdrive. The notch was everywhere this year, from LG phones to the Google Pixel XL and Apple’s newest iPhone Xs models. Get used to it.

A self-driving Uber hit and killed a pedestrian in March of 2018, a tragic event that raised a lot of questions about just how ready autonomous vehicles are to navigate our roads. Since then, self-driving tests have continued and even Uber is back testing its autonomous rides in Pittsburgh starting earlier this month.

2019 will be a big year for 5G wireless networks. In 2018, however, we saw some first signs of life from the faster-than-your-internet-at-home tech. AT&T did a limited test to prove that the technology works if you have the equipment to use it. And Verizon debuted a broadband service home use in four cities. Expect to see a lot of phones and modems with 5G built in next year, even if Apple is reportedly waiting until 2020 to avoid the early adopter bumps.

A Tesla went to space

The SpaceX Falcon Heavy brought Elon Musk’s Tesla to space with a dummy spaceman onboard. It was impressive, ridiculous, and responsible for one of the weirdest visual images of the year by far.

The great search for Amazon’s second HQ ended anticlimactically when the company announced it was building two new facilities, one in Virginia (near Washington D.C.) and another in New York City. The choices are predictable, but the search sure did net Amazon lots and lots of information about just about every major city in the country.

It was a boom year for scooters. Companies like Lime, Byrd, and even Uber took an interest in two-wheeled conveyances and the sharing thereof. Of course, the scooter surge came with some blowback as some people got injured, and some vandals destroyed the zippy two-wheelers.

If you’re looking for the most impressive tech of the year, check out our Best of What’s New package, in which we break down the 100 most notable innovations. It has everything from Fortnite to the world’s fastest spacecraft.