Amazon didn’t pick your city for its HQ2, but it sure gathered a lot of data about it

Everything the company knows about your town after its year-long search. 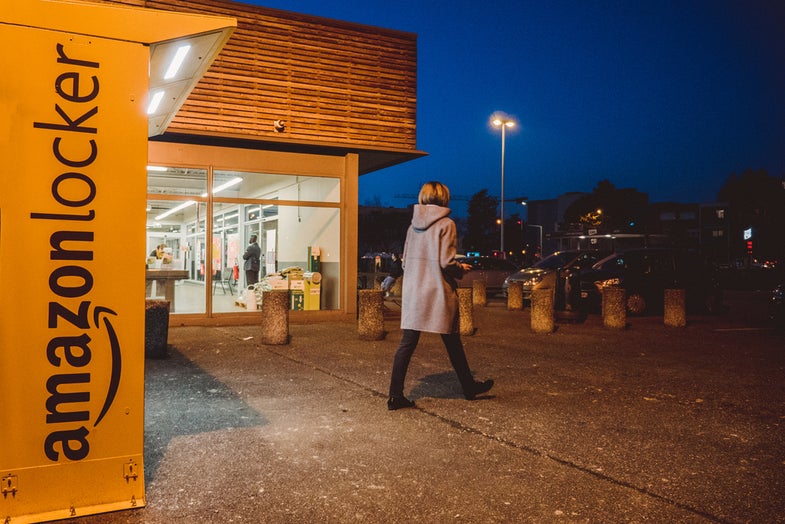 Corporations move, expand, and build new campuses all the time. But most of these stories stay local, or contained in trade journals read by other CEOs. Amazon’s search for a new headquarters, or “HQ2,” was different. It’s spawned thousands of articles, from sports magazines to fashion sites to, yes, Popular Science.

“This has been the only core thing in my work that my friends have wanted to talk to me about at a bar,” says Joseph Parilla, a fellow in the metropolitan policy program at the Brookings Institute. “Amazon inhabits real estate in the public debate that no other company really does.”

On Tuesday, after a year-long search, the international e-commerce site, television production company, streaming service, hardware manufacturer, and leader in artificial intelligence announced its HQ2 would be split between the New York City borough of Queens, and Crystal City, Virginia, a suburb of Washington, D.C. The selections were so patently obvious as to draw ire. Why, people wondered, were Raleigh or Atlanta or Pittsburgh so elaborately vetted when HQ2 was always going to end up in the cultural capital of the country—and the Capitol itself?

The answer, of course, had a lot to do with money. By turning a traditional site search into a Hunger Games-style sweepstakes, Amazon likely garnered bigger and better offers from their host cities. In New York alone, Amazon will receive at least $1.2 billion in incentives to move more business through Gotham, the equivalent of $48,000 per 25,000 projected jobs. But that was only part of it. Economic development experts and urbanists say there was another obfuscated but important goal: data.

“It never was about a second headquarters,” urbanist Richard Florida told GeekWire, a Seattle-based tech news site, last week as news of the HQ2 split surfaced. As an author and founder of The Atlantic‘s City Lab, Florida has been a vocal critic of Amazon’s selection process, which he lambasted earlier this year as “a race to the bottom.” Now, he’s not just troubled by incentives, but about the intel one of the world’s largest companies acquired about every major city in the United States, and the way it might use that information to pursue other business goals. “This was never about HQ2,” Florida said.

But what dirt did Amazon dig up, exactly?

Most fundamental municipal data is already available to the public—even if they rarely use it. When HQ2 was still undecided, Parilla did his own analysis of North American cities that might meet the Amazon’s detailed “request for proposal” criteria. He was able to quickly pull basic information about population (census data is on Wikipedia), transit networks, and broadband internet. Even for more complex things like crime data, a city sleuth has multiple sources, from annual police department reports, to color-coded crime maps on Trulia, which, conveniently, also offers a quick-read on the local housing market.

While it was all available, it took some serious legwork. The HQ2 process eliminated these time-intensive tasks for Amazon’s in-house site development team, who work round-the-clock to find fulfillment center locations, software development offices, and sales desks for the company as it metastasizes around the globe. Every city that pitched itself to Amazon handed over dozens or even hundreds of pages of organized information as part of the wooing process. “This was really a unique way to crowdsource information from dozens of cities,” Parilla says.

But some information in now in Amazon’s hands was previously private. As news site Axios put it earlier this year, the company acquired reams of “qualitative data” in the form of every city’s “wildest dreams.”

In the same packet where mayors and chambers of commerce collated pages of publicly-available maps of existing transit networks, they also shared plans of where they hope future light rail lines or subway systems might extend. They shared population growth projections, and ideas of where those people might work, live, eat, and shop. And they put a price on each of these things—in the form of incentives they’d be willing to give a company that comes to town and promises to stay for good.

“Now,” Parilla says, Amazon “probably has what is the most significant database of this type of intelligence in the world.”

Where do we go from here

When I asked Parilla if this hypothesis of clandestine data-mining was evil, he was diplomatic: “Reasonable people can disagree on this.” While Richard Florida is concerned about what Amazon could do with this information, Parilla says, the cities that participated “were more than happy to make their pitch.” While the Midwest was, in the end, snubbed, every region wanted to shoot its shot. Whether or not they regret this depends on what Amazon does next.

With HQ2 established, Amazon could use its data to turn up the dial on sales. Similar to how delivery companies fight for better proprietary map data to reduce the time and money spent in getting from point A to point B, Amazon could use insights gained from Kansas City’s chamber of commerce to market to Missourians, undercutting competitors in the process. Alternatively, it may just use this information to site other business operations, slowly rolling out HQ3 through 300.

Whatever happens, Parilla’s glad the company got people talking about economic development—a topic that rarely bubbles to the top of bar talk. “I think the whole system is flawed,” he says. “Amazon came into that system and, like it does with a lot of things, says, how can we maximize this for our long-term collective advantage?” Now, it’s up to local leaders and citizens to decide if this is the way we want to continue doing business.