Is It Possible to “Brooklynize” Floridian Tap Water? A Bagelmaker Says Yes, A Lawsuit Says No

One man's H2O is another man's treasure 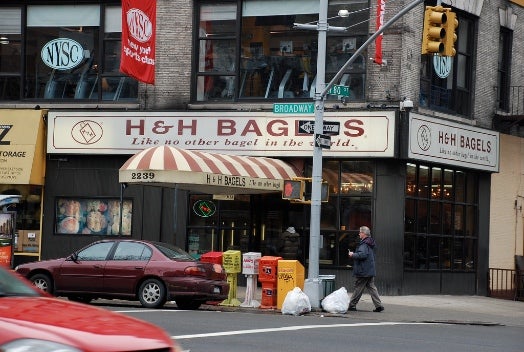 A water war has broken out in Florida, and New York is being dragged into the fray. A Palm Beach County bagel purveyor called The Original Brooklyn Water Bagel Co. claims it has devised a novel water treatment system that reproduces an exact chemical replica of New York City’s famously pure tap water, allowing it to reproduce bagels with that unique NYC flavor. A Boca Raton franchisee claims the treatment process is a fraud. Chemistry–and the future of breakfast in South Florida–is going to court.

At the heart of the case is whether or not it’s actually possible for OBWB to “Brooklynize” its water. The plaintiff, Andrew Greenbaum, claims the water filtration system doesn’t replicate Brooklyn water exactly and has a team of chemists lined up to perform test on the alleged fraud water to see how it stands up, chemically speaking, to Brooklyn tap water. OBWB (which started in Florida but now has 14 stores in three states) says its system is unique and that its water, though not sourced from NYC’s pristine upstate reservoirs, is a perfect analog for water from the borough.

It’s worth noting that this isn’t OBWB’s first tangle with litigators, as it has already sued and been countersued by a restaurant in Florida that OBWB says came by the secret chemical formula for Brooklynized water dishonestly (everybody in Florida wants New York water it seems, no doubt a byproduct of the documented down-coast migration patterns of retired New Yorkers). But what’s really interesting here is the legal precedent. Can a company or entity claim ownership of the chemical composition of a certain kind of water (you certainly can do so with other compounds, like pharmaceuticals)? And if you can, doesn’t that composition belong to, you know, New York City?

Apparently all sides in this strange story of courtroom chemistry are in agreement on one matter, a matter that we also agree is indisputable: no matter how you serve them, New York bagels are amazing. Case closed.