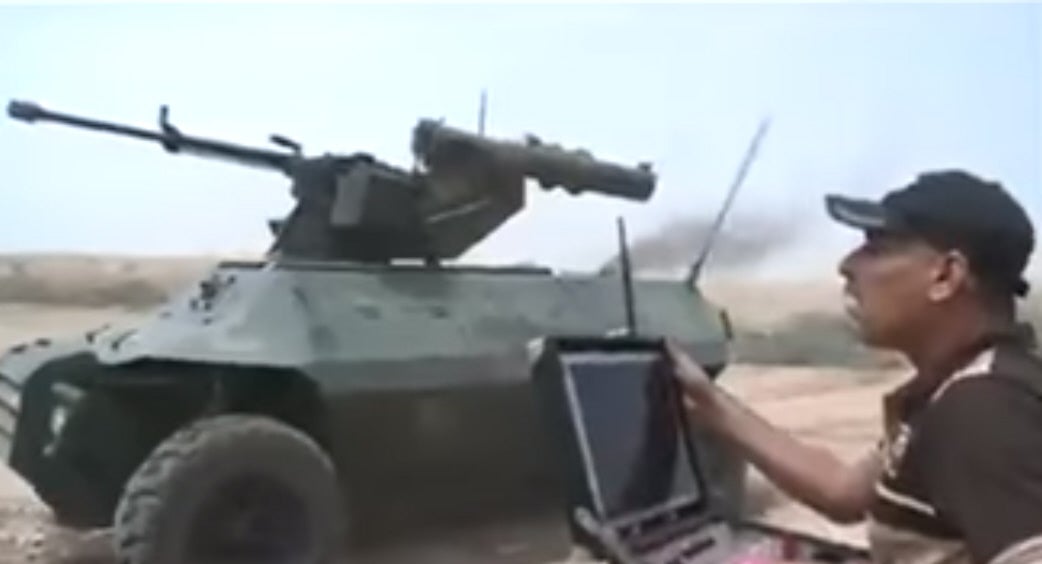 Mosul wasn’t supposed to fall again. The city in Northern Iraq saw intense fighting between American forces and Saddam Hussein’s sons in 2003, and in 2008 saw major campaign by American troops against insurgent forces. When ISIS attacked Mosul in summer 2014, two divisions of the Iraqi Security Forces were supposed to hold the city, but the 30,000 defenders crumbled and fled from the onslaught of under 2,000 enemies. Mosul remains in ISIS’ hands today.

The fall of Mosul is as much about the security force’s choice to retreat as it is about any tactical innovation by ISIS. Perhaps that’s why, as Iraq’s government continues its long slow war against ISIS, that they’re looking to add a robot to the army.

“Alrobot,” as it is called, was first spotted by the Baghdad Post. The story clarifies little about the machine: it’s made by two brothers, it’s remote-controlled, and it can fire both a machine gun and Russian-made rockets.

As Patrick Tucker at Defense One notes:

The Iraqi Security Forces abandoned Mosul for many more reasons than a lack of robots. There’s an extensive look at the particular division’s mismanagement and failings at War on the Rocks. Yet as the Iraqi army, with support from American aircraft and special operations forces, works its way closer to Mosul, having a robot on hand might be a helpful tool. Remotely operated, the robot can go places terrifying for humans, and with weapons on board, a literal war machine could stand against ISIS’ metaphorical one.

Watch a video of the Alrobot below: