If Snow And Rain Come From The Ocean, Why Aren’t They Salty? 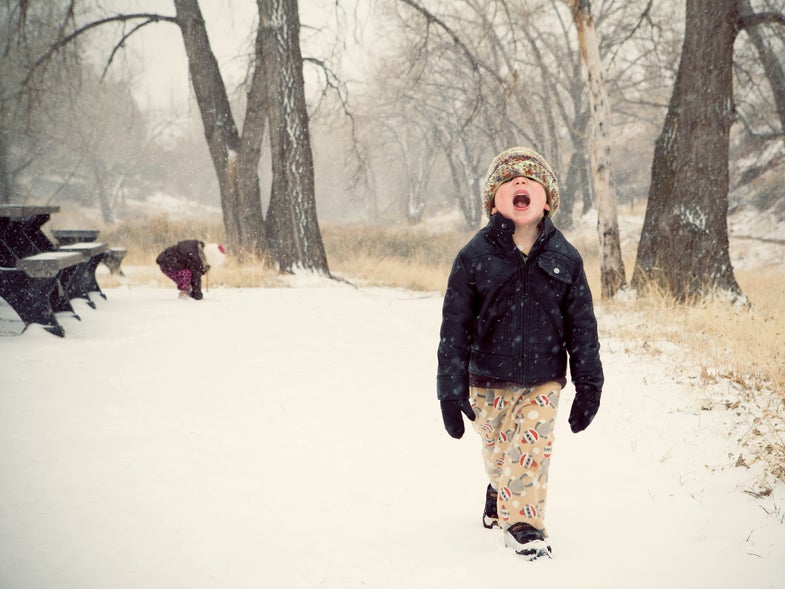 As we learned in school, water on our planet moves through a cycle: It evaporates from oceans, lakes, and other ground-based sources, forms clouds in the air, and then falls down again as rain, snow, or ice. But most water on Earth is sitting in our salt-filled oceans—so why isn’t snow as salty as the sea?

Simply put, water evaporates and leaves the sodium chloride, aka salt, behind. As the sun beams down on the ocean, it provides energy to water molecules and to the substances—such as salt—that are mixed in with it. Given enough of this energy, a water molecule can break away from its fellows and float up into the air as water vapor. But salt requires much more of a boost to break free. That’s because, in water, it breaks down into positively-charged sodium ions and negatively-charged chlorine ions. The electrical charge makes these ions attract water molecules, which cling to the charged ions more tightly than they hold on to other H2Os. So as the evaporated water rises, it exists in a very pure distillation, free of salt and other compounds. Unfortunately, it doesn’t stay that way.

Higher up in the atmosphere, water molecules meet up with airborne particles like dust and soot, and often form droplets around them. These drops fall back to Earth as precipitation. Because of this formation technique, the droplets can carry airborne pollutants back down to Earth. (Think of that next time you stick out your tongue to catch a raindrop!)

Droplets can even form around salt particles, but the salt would be at a much lower concentration than in seawater. So could you ever get salt into the air? Certainly—you’d just have to heat it up to 2,575 degrees Fahrenheit, the boiling point of sodium chloride. Or move to a coastal area: Wind blowing over the ocean can carry saltwater spray, and fog can sometimes pick up compounds over the ocean, and then transport these molecules to dry land.