On August 7, 2014, China conducted a second test flight of its hypersonic WU-14 glider, which according to Defense Department... 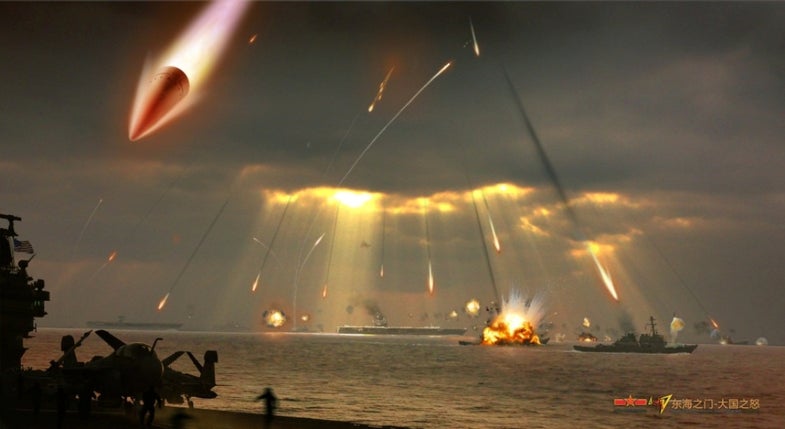 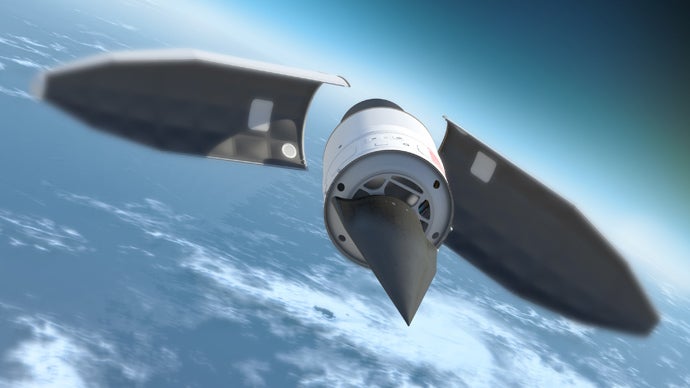 The WU-14 Hypersonic Glider in this computer generated image is decoupling from its warhead bus in the exoatmosphere, to initiate reentry at speeds of up to Mach 10. Hypersonic gliders are ideal attack munitions against a variety of hard targets like warships, command and control facilities, communications links, hangars and intelligence facilities.

On August 7, 2014, China conducted a second test flight of its hypersonic WU-14 glider, which according to Defense Department sources and Bill Gertz at the Washington Free Beacon, flew at speeds of Mach 10. A hypersonic glider is boosted into the exoatmosphere by a ballistic missile, then glides in a non ballistic trajectory. Compared to ballistic warheads, a hypersonic glider’s warhead has longer range and a more depressed, complicated flight path that is more survivable against current missile defenses. It is a significant development for both Chinese aviation and the balance of power in the region. 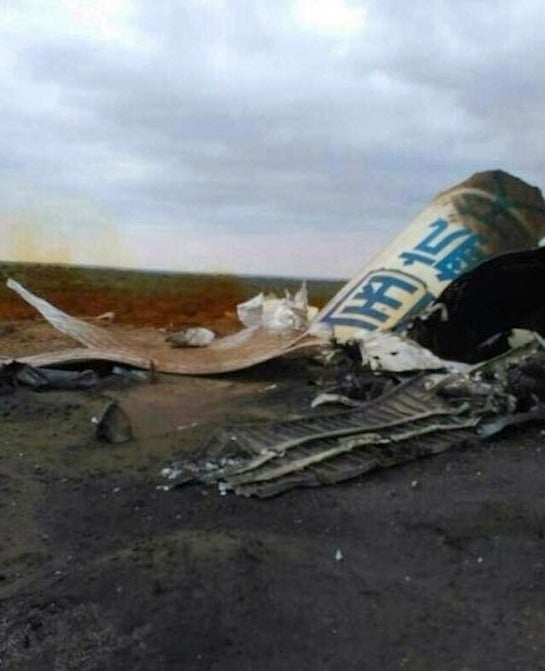 The spent rocket booster from the second WU-14 test, on August 7, 2014, is seen here, found by Chinese civilians. The rocket booster’s role is to carry the WU-14 hypersonic glider to altitudes 100km or more above sea level.

What is also notable about the test is how it fits within a broader pattern of research available to be followed through open sources, rather than just Pentagon insiders. Examining the historic trend in the number of published Chinese scientific literature on hypersonic gliders provides a general direction of the progress in that technology, as well as patterns to look for in other related Chinese research areas like hypersonic scramjet engines, spy satellite optics, and laser weapons. 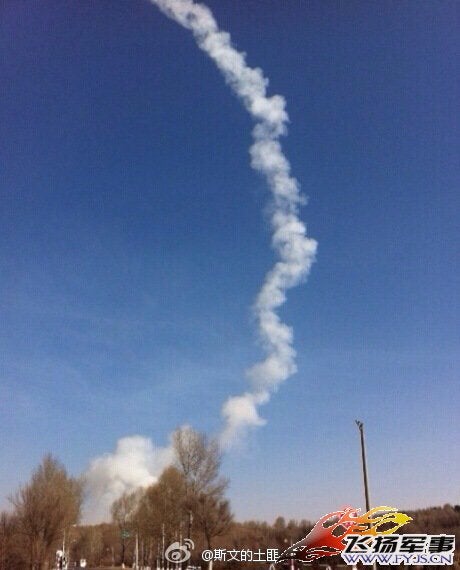 The first WU-14 test launch, in January 2014, was an unqualified success for China.

The assumption underscoring this is that Chinese professors and scientists are just like their American counterparts; those who publish most and first are first in line for prestigious rewards and funding. This has held in other areas and seems to be playing out this field as well. A Google Scholar search of “China hypersonic glider” netted 1,450 results, showing an impressive scale of research, covering areas like “trajectory optimization”, “guidance system”, “control design” and “optimal glide conditions”, of which many are from National University of Defense Technology in Changsha. For example, the study “Design of flight control system for a Hypersonic Gliding Vehicle based on nonlinear disturbance observer” was lead by Qian Chengshan of the Southeast University in Nanjing (the study was funded in part by National Natural Science Foundation of China). Furthermore, the study’s paper was presented at 2013 10th IEEE International Conference on Automation and Control, a leading international conference for flight controls and other automation technologies. The glider’s flight control system would presumably be tailored to perform evasive manuvers against missile defenses.

But underneath this number is an even more notable pattern. Since 2010, only 599 scholarly articles have been published, Since 2013, there have been only 190 results, while only 66 articles were published in 2014 so far. Clearly, we can see a “bath tub effect”, where public source, peer-reviewed scientific literature is dropping off after productive results in the 2000-2010 timeframe in universities, both defense and civilian related. This suggests that after establishing the basic research foundation for hypersonic glider research, Chinese scientists and engineers have moved their research into practical, applied, and classified research. Again, similar patterns tend to occur with American research. 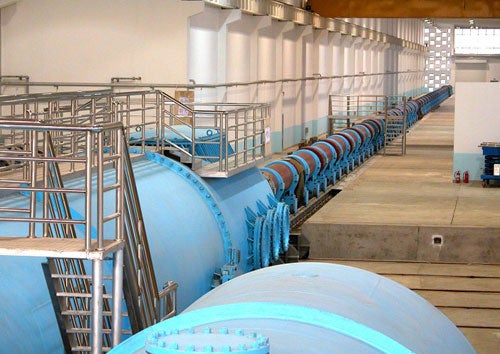 The same is potentially happening in Chinese open-source research on scramjets. Scramjet engines are the required technology for building airbreathing hypersonic missiles and reusable aircraft; they offer advantages like faster speed, longer range, reusability and greater maneuverability. Lockheed Martin is believed to be using scramjet engines for the alleged SR-72 hypersonic spy plane, while the Boeing X-51 is intended to be the technological basis for future USAF hypersonic cruise missiles. The ability of the Chinese aviation industry to build scramjet engines would be a game-changer for regional security as well as current US defense plans like Air Sea Battle. It would provide the Chinese military with reusable space vehicles and high speed missiles and bombers that could penetrate the air defenses of U.S. aircraft carriers and Japanese bases. 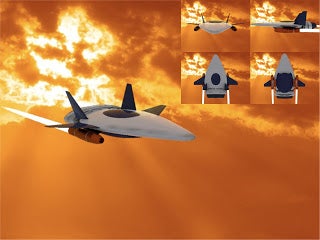 For Chinese scramjet scholarly articles, we retrieved 4,290 results from Google Scholar. We have 1,910 results after 2010, 670 results since 2013 and 271 results during 2014. The studies include such articles as a 2013 study on “Experiments on hydrocarbon fuel ignition for scramjet at Mach 4”, conducted by the Southwest Jiaotong University in Chengdu and the China Aerodynamics Research and Development Center, a 2013 study on heat resistant scramjet engine parts that was conducted at the prestigious Tsinghua University, and a 2014 experiment on scramjet engine ignition, again from the National University of Defense Technology in Changsha.

The number of open source efforts at both top civilian and military research institutes suggests that Chinese scramjet engine research is heating up quickly, but that it has probably not yet entered into the classified stage of applied research for operational defense technologies. Therefore, an early warning indicator of imminent Chinese scramjet test flights would be to observe a decrease in the number of Chinese scholarly articles pertaining to Chinese scramjets (especially from scientists and universities associated with the PLA).

As with any open source analysis, there are many caveats. Google Scholar only provides abstracts written by professors whose first language usually isn’t English, meaning the final numbers are not exact. For instance, some of these abstracts suggest that the studies referenced could be theoretical speculation and mathematical models (though, as in US studies, this is still highly relevant to hypersonic research), and keyword searches even using Google’s algorithms can turn up some false results not relevant to hypersonic gliders or scramjet engine. Second, as in the US system, not all Chinese aviation researchers are funded by the PLA. And, finally we could also be seeing a bit of research duplication, given the large number of Chinese scientists. 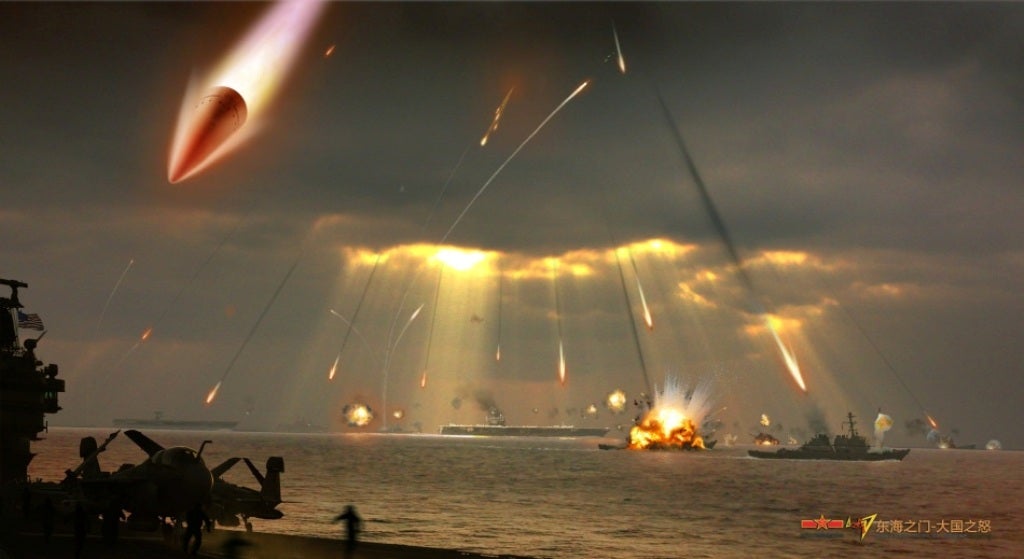 Nonetheless, the combination of the tests and the open-source research available points to developments in Chinese aviation that are significant for both their technologic value and potential to disrupt current military plans. Just as China has made deep research investments and now rapid advances in hypersonic glider vehicles, it is likely that Chinese scramjets will follow that pattern as well.