When flying into a hurricane won’t work, meteorologists use these high-tech alternatives 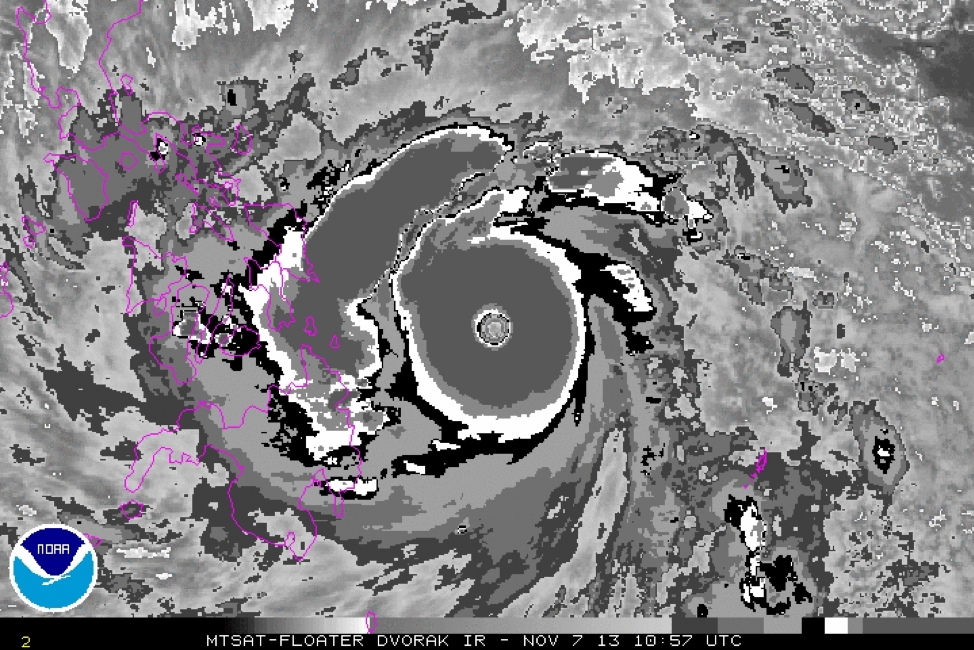 Today, meteorologists have mountains of information to use as they track a hurricane. This amount of data was only a dream a couple of decades ago, but now it’s crucial to track a storm’s trajectory. Getting an accurate picture of a tropical cyclone’s winds is necessary to accurately predict its future track and intensity.

While buoys, ships, oil rigs, and even Hurricane Hunter aircraft that fly into storms near land all provide access to useful data, getting that close to a moving storm—and getting accurate information out of it—is challenging. Instead, scientists rely heavily on satellite imagery. They’ve developed some pretty innovative ways of scoping out the inner-workings of these isolated storms. Here’s a look at some of those methods.

Meteorologist Vernon Dvorak developed this technique in the late 1960s as a way for storm trackers to judge the intensity of a tropical cyclone based on its appearance on infrared satellite imagery. Forecasters using the Dvorak Technique analyze the curving pattern of the clouds, the density of cloud coverage, the shape of the eye of the storm, and the temperature of the cloud tops in order to estimate the maximum winds of a storm.

Forecasters also use these observations to assign the storm a score ranging from T0.0 to T8.0. A storm with a higher score is likely to have stronger winds, but few storms ever manage to reach the top of the scale. The most recent storm to achieve a perfect score using the Dvorak Technique was Super Typhoon Haiyan, which devastated the Philippines in 2013.

Using the Dvorak method takes training, and a ton of practice. Once mastered though, forecasters can also use the Advanced Dvorak Technique (ADT), which is based on a computer’s objective Dvorak analysis. These techniques aren’t always accurate, however, so meteorologists rarely use this method alone to make an estimate on a storm’s wind speeds.

Microwave satellite imagery allows meteorologists to look at the precipitation beneath the clouds, giving them a good idea of the structure of the eyewall and rainbands within a storm. The shape of the eyewall can tell you a lot about the strength (or potential strength) of a tropical cyclone. For example, an open eyewall is indicative of a storm that’s struggling to grow in size and intensity. A closed eyewall—one that forms a perfect or near-perfect circle—is a sign that the storm is healthy and capable of growing stronger.

Forecasters can also use satellites to estimate the speed and direction of the winds over the ocean’s surface. The Advanced Scatterometer (ASCAT) is a tool that measures winds just above the surface of the ocean using radar technology. One major drawback of using this kind of data is that the instrument sweeps the surface of the Earth in narrow bands rather than monitoring vast swaths of land all at once. This means that some sweeps can completely miss the core of a tropical cyclone, preventing meteorologists from using this data to measure its strongest winds.

With all of the cool tools available today, it’s important not to discount the visible, infrared, and water vapor images that we see in weather reports every day. You can learn a lot about a storm just by looking at it with these common satellite images.

Visible satellite imagery can help forecasters determine whether or not there’s a clear eye in the center of a storm. An eye is a sign of a strong storm, and a clear eye is a sign of a storm that’s intensifying in a hurry. Infrared satellite imagery tells us the temperature of the cloud tops in a storm. Colder cloud tops indicate stronger thunderstorms, and it’s a sign of strengthening if these growing thunderstorms are located in a hurricane’s eyewall. Water vapor imagery tells us whether or not dry air is penetrating the core of the storm, which could cause it to weaken. The presence of very dry air in the eye of a storm is also a sign of rapid strengthening.

Satellites are important tools for meteorologists to estimate the intensity of the winds in a tropical cyclone. While they’re no substitute for direct measurement of wind speeds either on the surface or from aircraft flying through the heart of the storm, today’s satellite technology gives forecasters a pretty accurate estimate of what’s going on with a storm far away from land.