Your favorite pristine beach is founded on mass invertebrate death

Beach hoppers and crabs play crucial roles in coastal ecosystems, but human interventions are killing them off. 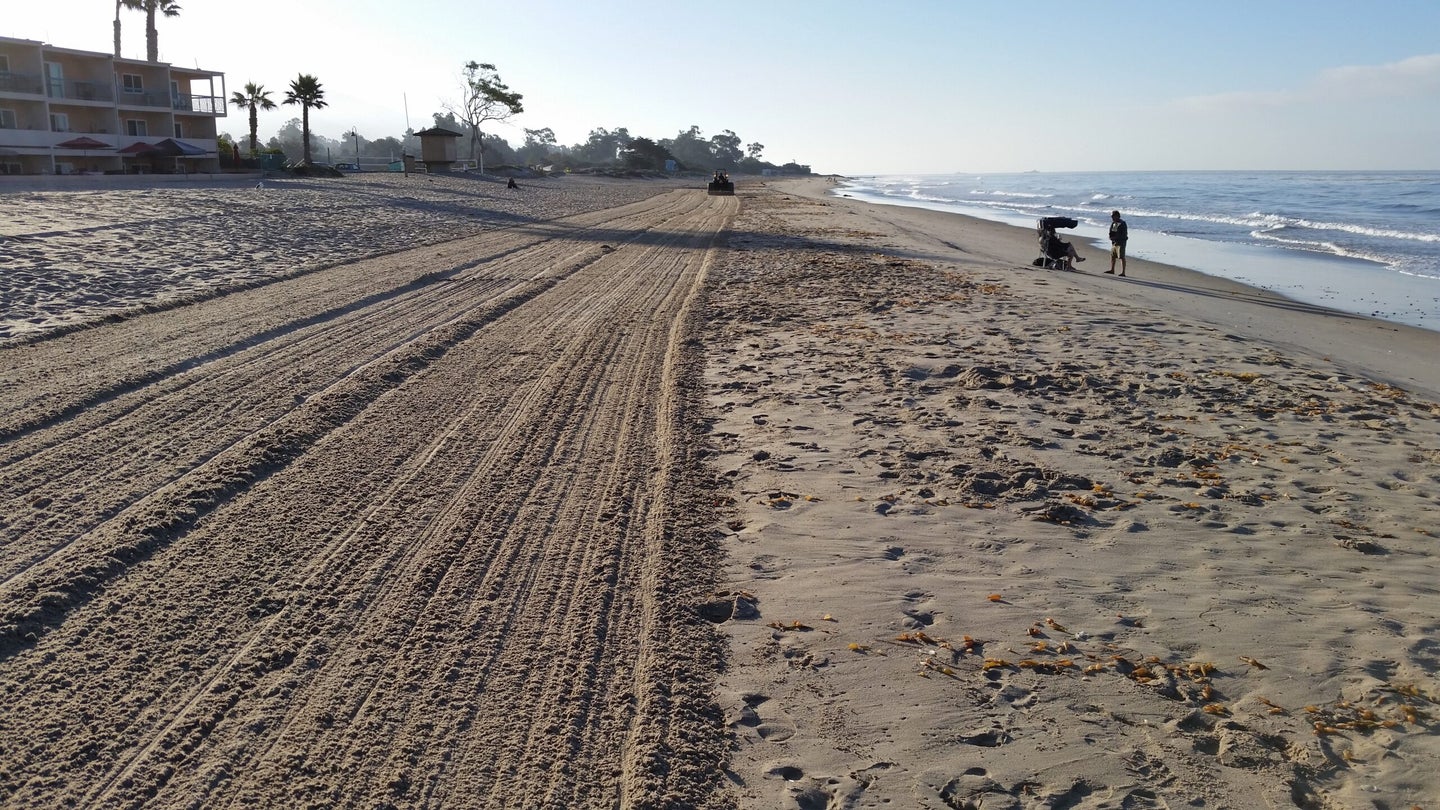 At first glance, sandy beaches don’t seem very alive. Many of America’s most popular beaches boast broad shores with generous sand, but their picturesque aesthetic often means they’re far removed from their natural state. And in Southern California at least, that comes at a cost.

Beach managers import sand and constantly groom shores with heavy machinery, and a recent study in the journal Ecological Indicators shows these managed beaches have much fewer sand-dwelling critters than nearby natural ones.

You may not even realize how much life is hiding there in plain sight. If you’ve ever dug your hands into the wet sand as a wave recedes, you’ve probably uncovered sand crabs, small crustaceans that filter plankton from the surf. Higher up on the shore, beach hoppers—resembling tiny shrimp—bound around piles of washed-up kelp. Don’t make the mistake of calling them “sand fleas,” though; since the organisms don’t bite and suck blood like those that might infest your pets, marine biologists would prefer that you not refer to them as fleas. “We panic when people say fleas,” says Jenny Dugan, a coastal marine ecologist at UC Santa Barbara and coauthor of the study. “We’re trying to erase the flea word from the collective language.”

Sandy beaches also support many other invertebrates, including clams, snails, worms, beetles, and flies. A lot of these creatures are tucked away in the sand and are nocturnal, so we don’t see them much. Despite their secrecy, though, they hold a conspicuous role in coastal ecology. The little insects, molluscs, and crustaceans are an important food source for birds and fish, and many of them help decompose washed up seagrass and kelp.

But this thriving ecosystem is tested by the sand we dump on it to “nourish” beaches and the heavy machines that shape the shore and clear it of debris. Almost half of SoCal beaches are managed with heavy equipment, such as groomers—basically tractors trailing a big rake, used up to twice daily on some beaches. The biologists wondered what impact these activities are having to the largely invisible community of invertebrates.

To find out, they dug out cores of sand from beaches at both managed and natural beaches between Santa Barbara and San Diego. They sieved out the samples and brought the little animals back to the lab, counting the individuals, number of species, and total mass of the samples. In all, they sifted through 16 metric tons of sand.

The managed beaches had only about half the number of different invertebrate species, 88 percent fewer individual animals, and 63 percent less total biomass, on average, compared to the natural beaches. These effects were found across the beach, from the water to the high tide line, but the upper beach invertebrates that live in washed up seaweed were impacted the most. “The big take-home for us was that this urbanization affects all of those animals,” Dugan says. “We detected a signal across the entire beach.” Managed beaches also tended to house the same few species across the entire study area, while the natural shores had more variation in invertebrate communities.

Biologists think there are two main ways our human activity is damaging this biodiversity. Heavy vehicles used in beach grooming can crush organisms, or rake away the washed up seaweed that provides them food and shelter. Hauling in fresh sand to shape the shore and replace the grains lost to erosion can also trap and kill small animals. At managed beaches, the grains of sand tend to be larger, which can make it harder to some tiny creatures burrow into. “A lot of these animals have adapted for thousands of years to this type of sediment that’s found on this beach,” says Nicholas Schooler, marine ecologist and lead author of the study. “And once you change it up on them they may not be able to burrow into the sand.”

The biologists are working to bring these findings to the attention of resource managers at the beaches. Reducing the use of heavy equipment, trying to imitate the natural types of sand, and leaving seaweed piles alone can all help restore these environments. And this doesn’t necessarily come at a high cost to visitors. One of the natural beaches surveyed in the study, Crystal Cove, is a popular destination for beach goers, surfers, and scuba divers. The beach also has thriving tide pools (where I have personally encountered a loaf-of-bread-sized sea slug). Here, biodiversity and recreation seem to coexist.

Dugan says that perhaps the first step to reimagining sandy beaches is getting beachgoers to realize how alive they are. “Having people understand what’s underneath the bulldozers when they’re driving down the beach can change how they feel about what they want their beach to look like.”