Six pest-removal myths that need to be exterminated

And what you should do instead. 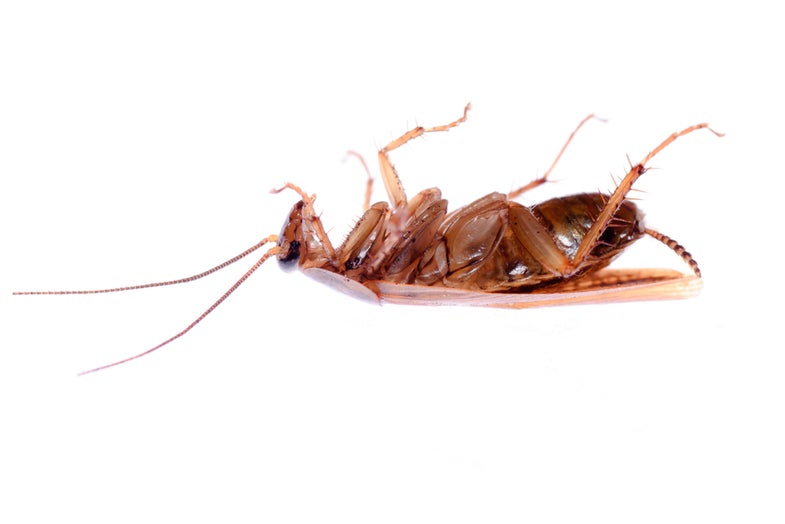 You can defeat insect and animal invaders. Depositphotos
SHARE

From the beginning, human homes have had pests. And for as long as we’ve attracted fleas, cockroaches, mice, and other beasties, we’ve been trying to get rid of these unwanted roommates. But when it comes to defending our domains, many of us carry a lot of misconceptions.

That’s because our understanding of unwanted visitors has been based on our often-flawed understanding of the world around us. For example, Aristotle argued for “spontaneous generation,” that is, animals just appearing out of certain forms of matter. In this view, if you see a bunch of mice around your pile of wheat, it’s because the grain itself created the rodents.

That theory sounds silly to modern audiences, but it wasn’t definitively debunked until Louis Pasteur disproved it in 1859. While our understanding of pests has advanced considerably, we still believe plenty of pseudoscience. Here are a few pest-removal myths you’ll often hear—and the truly effective methods you should replace them with.

You would know if cockroaches were invading your house because you’d see them…right? Sadly, the most important myth on this list is that if you don’t sense vermin, then you don’t have vermin. Humans have designed our habitats to be hospitable—after all, what animal wouldn’t want to live in a place with food, clean water, and protection from the elements? Pests have evolved to live alongside us and take advantage of this hospitality without our noticing. Unless you check every square inch of your home regularly, you probably have some type of animal living with you.

Remember the theory of spontaneous generation that we mentioned earlier? This idea may have fallen into disuse, but it’s not entirely gone. It developed into the line of reasoning that dirt spawns pests—or at least that unwanted animals prefer unclean areas.

The truth is that “dirt” is a matter of perception: You can scrub your home until every surface gleams, and it will make no difference to many vermin. The bright side is that you can stop feeling guilty about not cleaning your home enough—just because some unwanted animals have moved in doesn’t (necessarily) mean you’re a slob.

That said, you do need to tidy up some messes because they’re potential food sources. Roaches, for example, can eat almost any form of organic matter—including hair and fingernail clippings. And while cleaning well might keep pests out of sight, it doesn’t prevent them from entering your home entirely; they might simply be eating your leftovers under cover, not out in the open.

It seems like common sense: Get rid of the food, and your unwanted guests will follow. But there are three problems with this approach.

The first is that protecting your food is harder than you might think. Mice, for example, can jump up to a foot in the air, squeeze through a hole the size of dime, and climb notoriously well. That means you can’t simply place food on a higher shelf or shut it behind a door and call it a day. And the merest scrap of food can go a long way: A mouse needs [roughly 0.1 ounces of food a day in a laboratory setting] (https://www.ncbi.nlm.nih.gov/books/NBK231918/), and it can get all the moisture it needs from this meager food portion. You may have locked up all your food, but it takes a lot of work to rid your home of every stray crumb—and each crumb makes a meal for a mouse or an insect.

Second, if pests can’t get food and water from your kitchen or faucets, they can often find it somewhere else. An animal might set up camp in your home, but venture out to, say, the yard for its meals. Also, apartment dwellers, for example, often share utilities, which make easy highways for pests to travel between units looking for resources.

Finally, many types of pests can endure for long periods of time without eating or drinking. Flea eggs can lie dormant for up to a year. Roaches can survive for up to a month without food, and a week without water. These pests will only feel hunger pangs if you completely starve them out.

With all that out of the way—it’s still a good idea to store your food so it’s difficult for pests to access. Skip to the last section to learn more.

“You can drive them out with ultrasonics.”

Many soft-hearted humans try to avoid killing living creatures, even invasive ones, unless we absolutely have to. As a result, we attempt to drive out pests in a non-fatal way. One of those methods is plugging in a device to generate an ultrasonic tone that humans can’t hear, but animals supposedly can’t stand.

It’s true that many pests can hear into a range of frequencies that we cannot detect. But animal senses don’t function the same way human ones do, and how our sense lead to pain is a complicated question (we don’t fully understand it in ourselves, let alone in animals). So while pests are likely hearing the ultrasonic sounds you blare, this may not bother them one bit. The effectiveness of these devices is so questionable that the Federal Trade Commission has sued companies for claiming that ultrasonics work without citing sufficient support.

Another human impulse is a distrust of chemicals. Rather than poisoning animals, we’d prefer to drive them away with something a little more natural, such as capsaicin, the substance that gives hot peppers their kick. Some homeowners sprinkle capsaicin-laden cayenne pepper in places pests are likely to congregate, or spray it on bait foods. The thinking goes, “Once pests experience enough pain, they’ll flee.”

However, the science doesn’t quite agree. Researchers have found that treating feed with capsaicin does deter rats…but only in the sense that they’ll seek another food source if the first one tastes too spicy. In fact, one study recommended using capsaicin not to send rats packing, but to drive them towards eating poison bait. As for insects, they seem to think the spice is an actual heat source. Sure, they’ll flee, but only to cooler environments, such as your basement—not out of the house entirely. So while treating some food sources with capsaicin won’t hurt, it’s not a permanent solution.

Cats are one of the earliest forms of pest control. In fact, the genetic record shows that cats domesticated themselves around the time that humans formed societies, because our food stores were rife with easy prey for felines to snack on.

But while cats are effective predators, they have a hunting range. Unless your pet has free run of the entire house, from the attic to the basement, pests will simply hide where it won’t—or can’t—go. And really bad infestations will defy even the most tenacious mouser, because there’s only so many pests a cat can kill in a day.

As this list suggests, even the most stringent pest-prevention measures can fail in the face of a determined animal invader. But you can still take steps right now to stop infestations before they start.

To make your home unattractive to vermin, your best bet is preventative repairs and cleaning. Maintain your plumbing carefully to prevent even small leaks, which pests can use as a water source. Weather-seal the outside of your home and garage to make it more difficult for tiny intruders to squeeze in. Fill in small spaces where rodents or insects might hide with insulation or other materials (preferably something that doesn’t submit easily to gnawing or chewing). Seal up anything organic that might be eaten—this includes items like shoe polish and trash—in thick plastic or metal containers, and keep these vessels out of the way in cupboards.

If you already have an infestation, then like it or not, it’s time to break out the traps and poisons.

For rodents and small mammals, traps are generally preferable to poisons. That’s because these creatures tend to hide when they feel sick—which means they might die in your walls, causing a very bad smell. Live traps can work, but if you capture an animal, make sure to release it at least a quarter of a mile away from your home, in an area with abundant resources, so it won’t find its way back. And remember that if you catch one, others likely remain behind, so be ready to repeat your journey. That’s why you might find fatal traps easier. With this option, look for a trap that kills quickly and efficiently, such as a snap trap.

For insects like roaches and ants, try boric acid. When mixed with food or tracked into their nests, it kills the wider colony. Just make sure to crush and sprinkle it in areas where pets and children won’t get accidentally ingest it. While you should still work to make your home as inhospitable as possible, you also need to whittle down the invasive population until it’s gone for good.

For more tips, check out our guides to dealing with mice, ants, ticks, and bedbugs.