To Survive The Next Extinction, Animals Will Have To Live Fast

Only the good die out 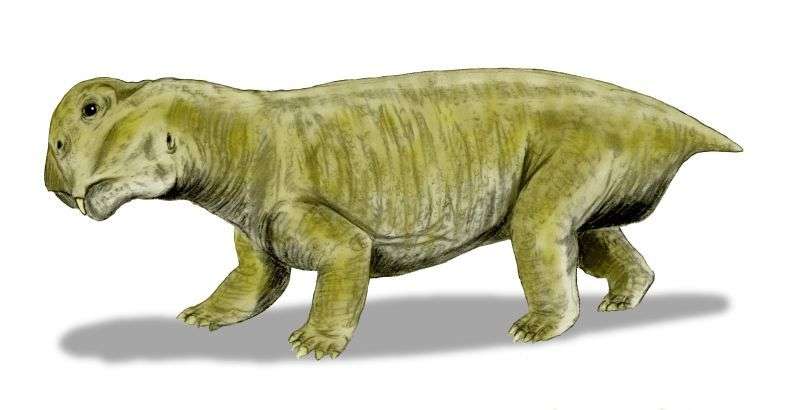 How do you survive when the world is crumbling around you, and basically all of your neighboring species are going extinct? You can either use tools to adapt to your new environment, or you can start having lots of kids in the hopes that maybe they can make something of themselves in this strangely spacious new world.

In a paper published today in Scientific Reports researchers took a look at how the Lystrosaurus —a group of weird, wandering, seemingly disaster-proof vertebrates— managed to survive the extinction event that marked the beginning of the Triassic period.

The Permo-Triassic extinction 252 million years ago was the worst extinction event that the world has ever seen, worse than the one that killed the dinosaurs, acidifying the oceans and killing over 80 percent of marine and 70 percent of terrestrial species. That’s a lot. But through it all, that strange creature survived, and spread all over the world.

How did it manage such a feat? It lived underground, moved around a lot, and grew up really fast, and didn’t get very old. While Lystrosaurus before the extinction event lived for about 13 years, after the event, paleontologists found that they lived only two to three years. They also shrank from the size of hippos to the size of dogs. But they were still spreading. This new paper concludes that that’s because they starting reproducing earlier and more often than normal in the face of extinction, managing to boost their numbers as other animals slowly died out, unable to keep up.

Unfortunately, this isn’t just cool information about what happened in the past. Many researchers believe another catastrophic extinction event is looming thanks to humans and climate change.

“With the world currently facing its sixth mass extinction, paleontological research helps us understand the world around us today,” Ken Angielczyk, an author of the paper said. “By studying how animals like Lystrosaurus adapted in the face of disaster, we can better predict how looming environmental changes may affect modern species.”

Some species that we have on Earth today, like some kangaroos and monitor lizards actually do respond well to stress, with populations increasing under certain kinds of pressure like traditional hunting methods. The researchers note that Atlantic Cod, which are consistently overfished have also been getting smaller and reproducing earlier in recent years. Animals like these, that are able to adapt, might fare better in the face of disaster than animals like the Black Rhino or Sperm Whale, which take years to reach sexual maturity, and then spend over a year gestating their young.