Fossilized Mammal From Age Of Dinosaurs Had Spiky Hair 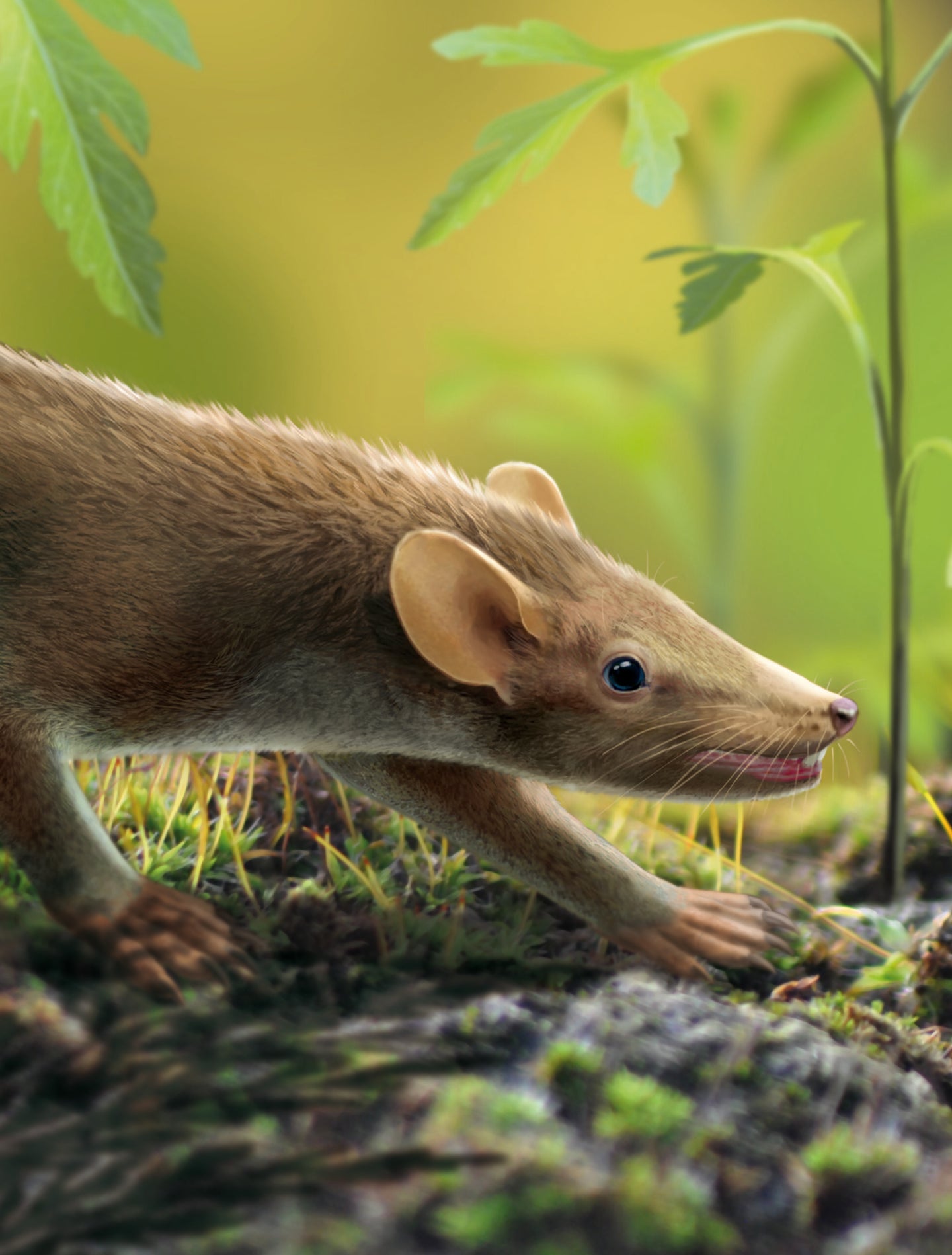 or out of this world,

hair matters to humans. Really, to all mammals. Hair and fur bind us all together from the adorable…

…all the way down the cuteness food chain to pizza rat.

As much as we might not like thinking about the ties that bind us to our rodent relatives, our flowing locks and their fur have the same tangled roots. Scientists announced today that they found evidence of hair on a fossilized, 125 million year old rat-like animal. While fossilized evidence of fur had previously been found in older fossils, this well-preserved hair represents the earliest fossil found with defined, individual hair structures, the researchers say.

In a paper published today in Nature, researchers detail the find of the fossilized remains of a creature called Spinolestes xenarthrosus. Spinolestes was about the size of a small possum, or a large rat, and lived in a wetland in what is now the Las Hoyas Quarry in Spain. Spinolestes lived in the ground, ate insects, and probably did its best to avoid the dinosaurs that were tromping around in the area.

This particular specimen was incredibly well-preserved, with far more than just fossilized bones surviving the intervening 125 million years between death and discovery. It also had the remains of an external ear, internal organs, and evidence of hair and hair follicles. Usually such delicate structures don’t survive millions of years under rock and dirt, but occasionally a dead animal will be preserved in such a way that impressions of fur or feathers survive. Often, these aren’t much more than impressions, or textures baked into the rock by time, but in the case of the Spinolestes, individual hairs were fossilized into place by the surrounding rock, and remained preserved overtime. The next oldest (well-preserved) hair remains are 60 million years younger than these.

“With the complex structural features and variation identified in this fossil, we now have conclusive evidence that many fundamental mammalian characteristics were already well-established some 125 million years, in the age of dinosaurs,” co-author of the paper Zhe-Xi Luo said in a statement.

In addition to softer, more fur-like hairs identified in other parts of the body, the researchers found that Spinolestes had a layer of spikes along its back, similar to a hedgehog’s protective spines. They also found, based on the pattern of a section of the fur, that Spinolestes probably had a fungal infection called dermatophytosis, an infection that affects many mammals today. You probably know it as ringworm.