Next year, scientists will start drilling into the issue 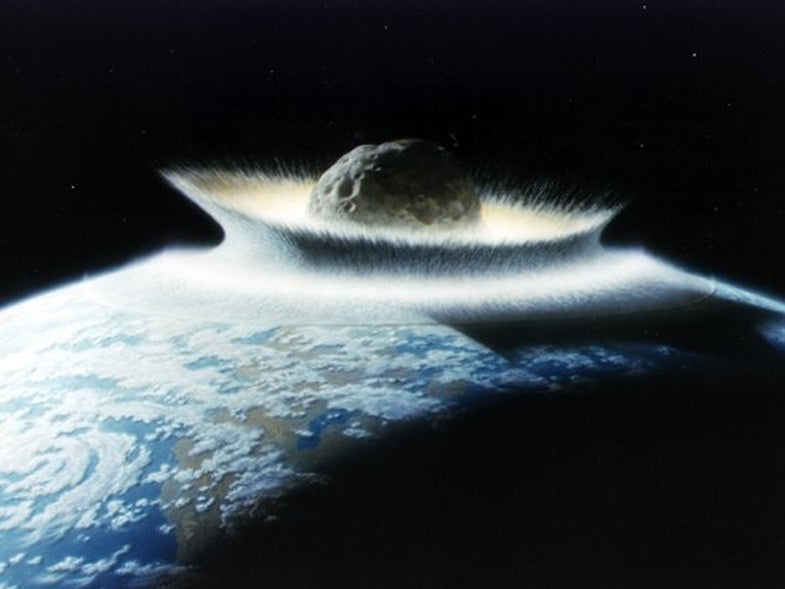 Over 65 million years ago, when a 6-mile wide asteroid slammed into the earth with the force of a billion atomic bombs, it left a crater 110 miles wide.

The Chicxulub crater, just off the Yucatan Peninsula in Mexico, is best known for being the landing site of the massive asteroid that wiped out the dinosaurs. But it is also one of the larger and better preserved impact craters on earth.

Next year, geologists plan to drill into the crater just off the coast, and get a better look at how the crater actually formed right after the giant impact.

Right now the thinking for how an asteroid impact affects the crust goes something like this:

As you can see in this GIF from the University of Arizona’s Space Imagery Center, the idea is that as an asteroid hits the land, everything gets blasted out of the crater, in such a way that the layers of soil and rock actually flow. The force of the impact is so strong that it overcomes the forces that keep rocks solid, making them behave like a liquid.

Geologists weren’t around 65 million years ago, so while they think that this model is accurate, they want to get some proof that this is how it works. The proposed work will drill into the inner circle or ‘peak ring’ in the middle of the crater to get a better look at the composition of the material that was blasted up when the asteroid struck. Not all craters are large enough to have peak rings, and some of the best preserved craters with peak rings aren’t even on earth. One beautiful example of a crater with a peak ring is Schrodinger’s crater on the moon, which is really difficult for geologists to get to. 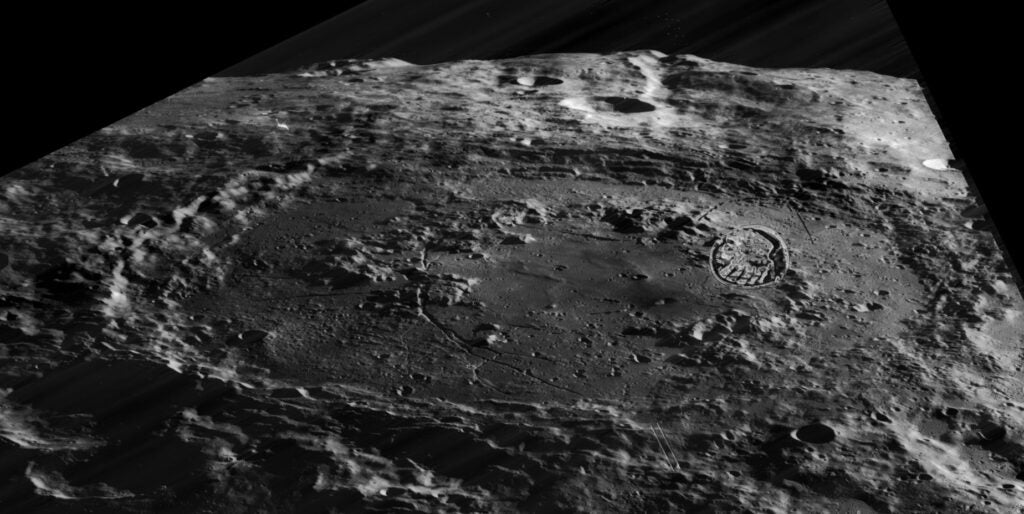 An image of Schrödinger crater on the moon, with the circular peak ring clearly visible at the center of the image. The blob on the right is a blemish in the photograph.

Mexico, on the other hand is a lot closer than the moon, and even though the drilling site is deep underwater, it’s still easier to access than traveling into space. Drilling, expected to start next year, will delve 5,000 feet into the crust in an attempt to get some answers. Depending on what they find, they could confirm the long-standing theory (visualized above) of how craters form.

“We’ve never gotten a rock back from a peak ring to know if that’s correct,” Sean Gulick, one of the lead scientists on the project, told Live Science.