How are dinosaurs named?

New species get identified and named every year, even though you've probably never heard of them. 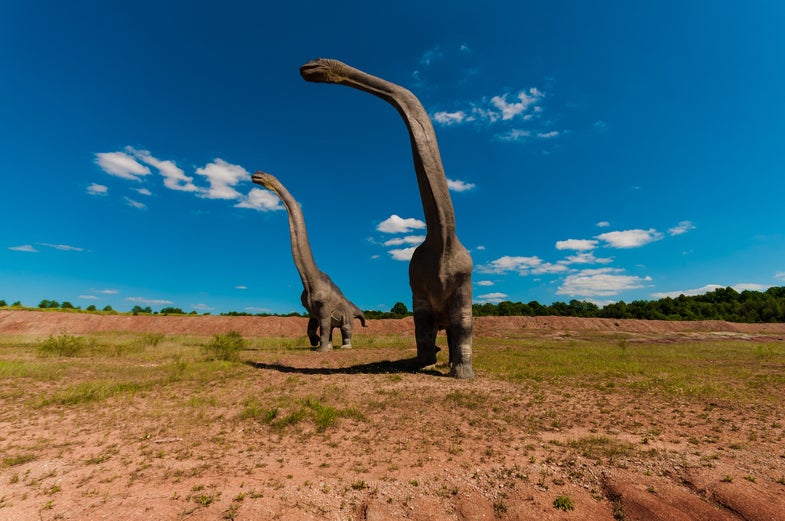 From Tyrannosaurus rex to Stegosaurus, some dinosaurs are household names. But have you ever heard of Lingwulong shenqi or Caihong juji? If not, it’s probably because these two dinosaurs were discovered in recent years, and their names are in Mandarin.

Dinosaurs are named by the person who discovers the creature, says Mark Norell, a paleontologist who studies fossils at the American Museum of Natural History. The New York museum is home of the world’s largest collection of dinosaur remains.

“The first person to describe a new dinosaur or any animal, plant, fungi species gets to name it anything they want,” Norell says.

Though dinosaurs—a group of reptiles that once lived on and dominated Earth starting around 245 million years ago—mostly went extinct about 66 million years ago, scientists have learned a lot about these creatures through fossils. Fossils are imprints left behind on rocks.

And as scientists find these fossils, they give them names so that they can be identified across all future research. Dinosaur names must abide by the International Code of Zoological Nomenclature, a general set of rules that governs scientific names for all organisms, but there are no major rules as to what their names have to be.

Dinosaurs are often named for their appearance or characteristics, but sometimes also after the scientist who discovered the dinosaur, a place, or a mythical animal.

In the 19th century, the early days of dinosaur discovery, dinosaurs were named by Americans and Europeans using Greek or Latin roots to describe them vividly, Norell says.

In 1841, Sir Richard Owen, an English biologist and paleontologist, came up with the name “dinosaur” to describe the extinct reptile fossils. The name comes from the Greek words “deinos,” meaning terrible, and “sauros,” meaning lizard.

Micropachycephalosaurus, which has a dome-shaped head, means “little thick-headed lizard.” And the best known of them all, Tyrannosaurus rex, was discovered in South Dakota in 1892. The name means tyrant lizard king. Maiasaura, on the other hand, means “good mother.” It got its name when the researcher who found it, Jack Horner, found evidence that the dinosaur would chew up plants to feed its newly hatched babies who couldn’t leave their nest.

But nowadays dinosaur names are much more multicultural since excavations happen all around the world. Now, names are often in local dialects to represent the place where they’re found, Norell says.

For example, in 2004, Norell excavated a small dinosaur in northern China. The dinosaur fossil was discovered in a birdlike sleeping pose, and this gave way to the name Mei Long, a Mandarin name that translates to “soundly sleeping dragon.”

What’s interesting, Norell says, is that new species are being found all the time. About 1,200 extinct dinosaurs have been discovered and named throughout history, and about 50 new dinosaurs are named each year.